Aloe vera has long been a go-to topical remedy for skin wounds and sunburns, but it could have potential to provide benefits by soothing the body from the inside as well.

This succulent plant contains dense leaves filled with a nutrient-dense gel that can be beneficial for the hair, skin, teeth, and even digestive system.

Here, we’ll discuss the nutritional benefits of aloe vera and how it could be a cheap and easy option for relieving inflammatory bowel disease (IBD) symptoms and heartburn, among various other discomforts throughout the body. 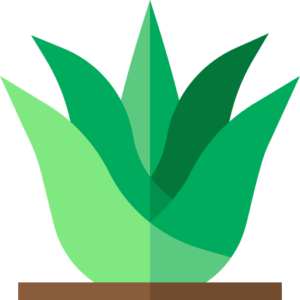 What is Aloe Vera?

Aloe vera is a type of succulent plant native to Africa and parts of the Middle East that’s been used as a medicinal treatment for centuries.

The Ancient Egyptians referred to it as the “plant of immortality,” and would even embalm the dead with aloe vera because of its antibacterial and antifungal properties. They also used it as an anti-inflammatory and pain reliever.

Later on, the Ancient Romans used aloe to treat everything from sunburn to hair loss to gastrointestinal issues.

Aloe vera is now grown in tropical and sub-tropical regions and used throughout the world. Researchers have discovered that the aloe plant contains some 75 potentially active compounds, including various vitamins, minerals, enzymes and amino acids (1).

Its gooey gel is often found in cosmetics, moisturizers, foods and supplements. It can be applied to the skin or taken orally as a juice, which is made by grinding or crushing the entire aloe vera leaf followed by a purification process that removes the aloe latex (a known laxative).

Summary: Aloe vera is a succulent plant that’s long been used as a medicinal treatment. It’s now found in many products including moisturizers, foods and supplements. 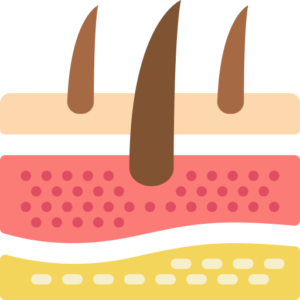 Aloe vera contains a variety of nutrients that come with a number of health benefits.

Its gel is rich in vitamins A, C, and E—all which are antioxidants—as well as folic acid. It’s also one of the few plant sources to contain vitamin B12.

It offers trace amounts of minerals like calcium, sodium, magnesium, selenium, potassium and zinc, and contains 20 of the 22 amino acids. Several other fatty acids and compounds found in aloe vera are anti-inflammatory (1).

The yellow sap of the aloe vera plant, also known as aloe latex, is found just inside the leaf’s surface and provides certain compounds that offer laxative effects as well as antibacterial and antiviral properties, similar to other natural supplements colloidal silver and grapefruit seed extract.

All of these nutrients may protect against a wide range of conditions, but the research on aloe vera is still quite limited.

Below, we’ll discuss the small amount of evidence that has been found, including aloe vera’s potential to help soothe IBD symptoms and skin irritations, lower blood sugar, and possibly be a valuable tool in cancer prevention.

1. May Relieve IBD and IBS Symptoms

People with IBD (including ulcerative colitis (UC) and Crohn’s disease) or IBS (irritable bowel syndrome) may find that drinking aloe vera juice benefits them by offering relief from their symptoms.

This may have something to do with aloe’s ability to reduce inflammation.

One small study of 44 people with UC found that ingesting aloe vera gel over one month led to remission or reduced disease activity compared with a placebo (2).

There has been some research done on aloe vera as a treatment for IBS as well, but only one trial (without a control group) found that it may have contributed to reduced abdominal pain and flatulence (3).

A different study, performed over two years, found that non-decolorized (unpurified) whole-leaf aloe vera was an intestinal irritant and even displayed carcinogenic activity in the large intestine of rats (4).

However, another study that used decolorized whole-leaf aloe vera found it caused no harmful effects, meaning the decolorization process (which purifies and removes the harsh aloe latex) may be key to avoiding any possible major side effects (5).

Juice containing aloe latex, a laxative, can be taken to help with constipation, but you should consume it with caution. In general, anyone with gastrointestinal conditions like IBD, IBS or diverticulosis should severely limit or avoid aloe latex, which has been shown to cause abdominal cramps.

Those on a low FODMAP diet may want to avoid aloe vera as its status as a possible FODMAP is still unknown.

Aloe vera could be soothing to those who have gastroesophageal reflux disease (GERD), otherwise known as acid reflux or heartburn.

Its anti-inflammatory properties and ability to reduce stomach acid production may be the key. Keep in mind, however, that low gastric acid can also cause digestive issues, since acid is needed to digest food properly.

A study from 2015 found that aloe vera juice reduced the symptoms of acid reflux just as well as (and sometimes better than) medication—all without any side effects (6).

Aloe vera may also help fight stomach ulcers, though most research in this area has only been done on animals (7)

Aloe vera supplements could benefit those with diabetes as it may help lower blood sugar levels.

Studies have found that it can reduce fasting blood glucose levels and insulin resistance, and promote weight and fat loss (8).

Other research has concluded that aloe vera can lower total cholesterol and LDL levels significantly in patients with type 2 diabetes (9).

That said, anyone who takes glucose-lowering medications should first check with their doctor before consuming aloe vera. Combining the two could decrease your blood sugar too much, leading to hypoglycemia.

4. Healing for the Skin

The aloe vera plant is designed to beat dryness so that it can withstand hot, arid climates.

Its leaves are 99% water, while other compounds in aloe—including the anti-inflammatory salicylic acid—offer moisturizing effects. The cooling gel can be used topically to help heal cuts, burns and rashes, and alleviate symptoms of eczema, psoriasis and dermatitis.

Aloe can also stimulate the production of collagen (a good way to prevent wrinkles), soften the skin while keeping it firm, and treat dryness (10).

Cleopatra reportedly used aloe vera as part of her anti-aging skincare regimen. She clearly knew its powers, as confirmed by one study that found the use of aloe gel significantly improved wrinkles and skin elasticity (11).

It’s shown to have a protective effect against radiation damage and the aging effects of UVB rays from the sun as well—though baby aloe (one-month old shoots of the plant) may be more effective than its older counterparts (12).

5. Good for the Teeth

Aloe vera may be beneficial for oral health.

It has the potential to be just as effective against cavities as toothpaste, and can help decrease recurrent canker sores (13, 14).

As a potent anti-inflammatory, aloe vera can also speed up the healing process of plaque-induced gingivitis (15).

6. Healthy for the Hair

Aloe vera can be applied to the hair and scalp to improve dryness and even promote hair growth.

Simply applying aloe vera gel to an itchy scalp can reduce inflammation and protect against bacteria and fungi that causes flaking skin and dandruff (16).

Because it’s rich in vitamins, minerals and amino acids, aloe vera could be a key to a fuller head of hair as well. Since it has the ability to increase blood circulation to the scalp, it may help reduce hair loss while promoting hair to grow faster. However, there’s no scientific evidence yet to prove this.

7. Could Potentially Protect Against Cancer

There is a possibility that aloe vera could be one tool used in cancer prevention, but there’s still very little research to prove this.

A more recent study concluded that aloe vera inhibits the growth of human breast and cervical cancer cells. Researchers also found that it increased the efficacy of the chemotherapy medication cisplatin (18).

All that said, do keep in mind that prolonged oral consumption of aloe vera (the whole leaf extract and latex versions) could increase the risk of colorectal cancer (19).

Summary: Aloe vera is chock-full of nutrients, including several vitamins, minerals, amino acids, fatty acids and antioxidants. It’s been shown to exhibit anti-inflammatory, antibacterial, and antiviral properties. Some research has looked at its potential to relieve IBD and IBS symptoms, reduce heartburn, lower blood sugar and cholesterol, and promote healthy skin, teeth and hair. There’s even been a few studies that show aloe’s potential to inhibit certain cancer cells. 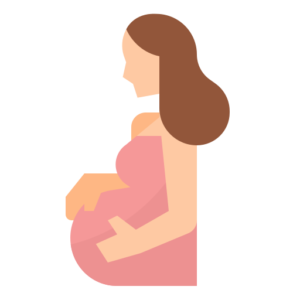 For most, aloe vera is a cheap and safe natural ingredient to use.

However, some people may experience a few minor side effects, and others will want to avoid it altogether.

When applied topically, it may cause redness, burning and a stinging sensation in people with sensitive skin. Some may also experience allergic reactions. It’s recommended to first apply a little bit of aloe vera to a small area to test for any sensitivities.

Taking aloe vera orally could lead to abdominal cramps, diarrhea or constipation. If it’s being used as a laxative, it may also cause dehydration and a serious loss of electrolytes.

Anyone with diabetes—especially those on glucose-lowering medication—should first check with their doctor before consuming aloe vera juice since it naturally lowers blood sugar on its own.

Women who are pregnant should avoid drinking aloe juice, as it could stimulate uterine contractions and lead to miscarriage (20).

If you are on any type of medication, it’s best to consult with your doctor before using an aloe vera product as it may either increase or decrease the effectiveness of that medication.

Summary: Aloe vera is safe for most people, but it can cause some minor side effects if applied either topically or orally. Women who are pregnant will want to avoid consuming aloe vera. Anyone on medications—especially those taken to help lower blood sugar—should check with their doctor first before using.

Is Aloe Vera Effective for IBD, Skin Health and More?

Aloe vera is a nutrient-dense plant that’s cheap and easy to grow and obtain.

It’s often touted as a cooling topical treatment for skin burns and wounds, but it may be a good addition to your hair and oral care regimen as well.

Aloe vera gel can also be ingested orally and—though there’s been a limited amount of research on its effectiveness—it may offer other benefits inside the body.

There’s even been a few small studies noting its potential to protect against certain cancer cells.

For now, there is some evidence that aloe vera may help soothe symptoms of IBD and IBS given its anti-inflammatory ability.

Just be sure that you are consuming aloe gel without latex, as this part of the aloe plant is a proven laxative and may cause diarrhea or abdominal cramps.

In fact, it’s so effective on glucose levels that you’ll likely need to avoid aloe altogether if you’re already taking medication to control your blood sugar.

Be sure to check with your doctor first before consuming.

Overall, aloe vera is safe for most people and may be worth trying if you’re experiencing any discomfort—all the way from your skin to your gut.