But it becomes incredibly frustrating when it’s persistent, especially when you’ve already made lifestyle changes to improve your bowel habits. Many people look to laxatives for help, but it can be hard to pick the best, most reliable product for you.

This article helps narrow down the best laxatives for constipation. 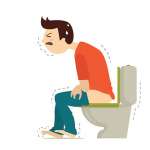 When bowel movements become less frequent, you may begin to feel constipated.

Constipation also occurs when your poop appears hard, dry and pebble-like, or if you experience straining, incomplete evacuation or difficulty passing stool.

Constipation may be caused by certain health conditions like Parkinson’s disease, diabetes or multiple sclerosis. Some people with irritable bowel syndrome (IBS) will also experience constipation, as well as other digestive symptoms like abdominal pain and bloating.

Side effects of medications and changes in lifestyle or diet may produce a similar effect. As people age, constipation prevalence increases, impacting up to 80% of those in nursing homes (1).

CC is diagnosed after the following ROME III criteria are present for at least six months (3):

1. At least two of the following symptoms:

2. Loose stools not achievable without laxatives

3. Symptoms do not fit the criteria for IBS

How Do Laxatives Help Relieve Constipation?

Laxatives are substances that help relieve constipation in a variety of ways.

Emollient laxatives help wet and soften stool in order to make it easier to pass.

They do this by forming a gel around the stool, which pulls in more water content, making the stool larger and fluffier. Stool softeners are often used after childbirth, surgery or to treat hemorrhoids as they reduce any straining required for elimination.

However, their gentle approach is often the least effective option and can take 12 to 72 hours to work. Consider their use for mild and/or temporary constipation relief.

Like emollient laxatives, bulk-forming laxatives also help soften and bulk up the stool.

They are essentially fiber products that help pull more water into stool to increase the stool’s diameter and help stimulate the contraction of digestive tract muscles. This makes the stool easier to pass, but it may also take 12 to 72 hours to take effect.

Use bulk-forming laxatives to maintain bowel regularity long-term. Slowly adjust the dose over time. Be sure to consume with an adequate amount of water or risk further constipation.

Keep in mind that some of these products may not be tolerated by everyone because they can cause bloating, cramping and farting (gas).

This type of laxative adds moisture to stool, allowing it to slide through the digestive tract with ease.

The active ingredient lubricating the stool is often mineral oil, which is taken orally. The oil coats the stool, creating a waterproof film and retaining the stool’s moisture.

This effect may sound benign, but lubricant laxatives should not be used long-term as they can interfere with the absorption of fat-soluble vitamins (i.e. vitamin A, D, E and K) and may interact with certain medications.

These laxatives work by pulling more water into the intestines, which helps stimulate bowel movements while also softening stool.

They are considered generally safe to use for CC; however, they may cause electrolyte imbalances and increase thirst and dehydration. Effects can take 12 to 72 hours.

Types of hyperosmotic laxatives include saline, lactulose, polymer and glycerine.

This laxative is considered an aggressive treatment and should only be used in extreme conditions and under medical supervision.

Stimulant laxatives stimulate muscle contractions in the intestines (also referred to as peristalsis), which increases the frequency of bowel movements. They also help produce bowel movements by allowing the colon to secrete more fluid and electrolytes. Results often take 6 to 12 hours.

These products have not been studied for long-term use and are not safe for pregnant women. 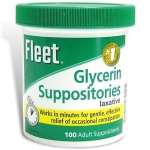 This type of laxative mechanically stimulates the rectum to help empty the bowels.

Enemas are either water or salt solutions (not coffee) that are pushed into the rectum via a prepared enema, enema bulb or fountain syringe.

They are highly effective at improving constipation, typically within 2 to 15 minutes, but may cause intense urgency, bloating and cramping.

Suppositories work slightly differently than enemas by irritating the bottom of the intestine, causing it to contract. They can also stimulate the intestines to secrete more water and salt, which helps soften stool.

Examples include Glycerine and Fleets Phosphosoda.

Summary: There are numerous laxatives available to help relieve constipation. Many work by softening or moisturizing stool or by stimulating the digestive tract muscles. While most are generally safe for short-term use, it’s important to talk to your doctor to find out which laxative is best suited for you.

Which Laxative Product is Most Effective? 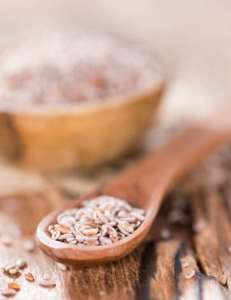 Bulk-forming laxatives are typically the first line of therapy for those with constipation or IBS-C.

However, it’s important to know that the fermentability of the fiber makes a difference in its ability to improve symptoms.

In a study comparing psyllium husk and docusate sodium on 170 subjects for 2 weeks, researchers found psyllium to be superior in its ability to soften stools and produce a laxative effect (5).

In fact, there is poor evidence supporting the use of docusate to treat constipation, with some concern over its occasional impact on liver function.

Mineral oil also has insufficient data for its use in constipation and numerous reports of undesired side effects and poor tolerability.

Next Seek Out Hyperosmotic Laxatives

If psyllium doesn’t produce a response, then the next step is to try hyperosmotic laxatives, like milk of magnesia, at the lowest possible dose.

One study comparing milk of magnesia to bulk-forming laxatives in 64 geriatric patients found it to be more effective at treating constipation. Due to the high intake of magnesium, do not use this treatment option with impaired kidney function (8).

Polyethylene glycol (PEG) is also an effective treatment option for normalizing bowel frequency and stool consistency. It’s considered safe to use daily for up to 24 weeks. Nine controlled studies in over 500 patients show conclusive evidence in its positive effect for CC (9).

Lactulose treatment, while highly effective, should not be used until other less risky treatments like PEG are attempted first. It hasn’t been studied for long-term use, nor specifically in patients with IBS-C.

There is some low-quality evidence to support the use of stimulant laxatives for short-term use.

Most medical experts limit the use of this treatment option because of its high risk of side effects like electrolyte imbalances, abdominal cramping, nausea and bloating, as well as dependency.

However, sodium picosulfate (SPS), a type of stimulant laxative, has been shown effective in a recent study.

In a four-week, double-blind, placebo-controlled trial on 468 CC patients, SPS treatment improved symptoms and bowel function and was well tolerated even with an increase in dose (10).

Lastly, rectal enemas and suppositories have limited evidence to support their use despite hundreds of years of anecdotal evidence.

Summary: For mild and occasional constipation, try bulk-forming laxatives first like psyllium husk. For moderate and more chronic constipation, consider trialling hyperosmotic laxatives, which are safe to use for up to 6 months. Be wary of stimulant laxatives, enemas and suppositories, and only use under medical supervision.

Potential Harms of Laxative Use 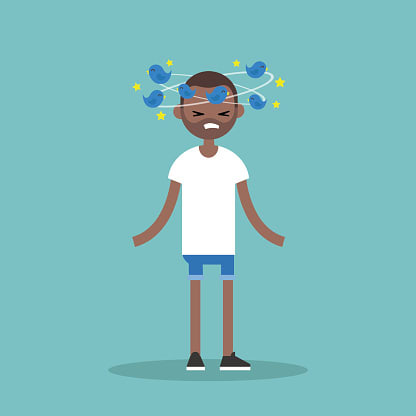 Laxatives may cause potential problems if used incorrectly.

Signs and symptoms like bloody stools, severe abdominal cramps or pain, weakness, dizziness and constipation longer than seven days may all be attributed to laxative abuse.

Various laxatives pose certain health risks based on how they function in the body.

Lubricant laxatives can interfere with the body’s ability to absorb essential fat-soluble vitamins A, D, E and K.

Laxative use may cause certain drugs to be poorly absorbed, including oral contraceptives, antibiotics, digoxin, hormones, warfarin, blood pressure medications and heartburn medications.

It’s important to discuss your medication regimen with your doctor prior to starting a laxative protocol.

Electrolytes like calcium, chloride, potassium, magnesium and sodium are vital to keeping the body functioning properly.

Prolonged laxative use that causes diarrhea puts one at risk for electrolyte imbalances. When this happens, problems like heart arrhythmias, weakness, confusion and seizures can develop.

The Canadian Society of Intestinal Research recommends reserving the use of stimulant laxatives for extreme conditions and under the guidance of a medical professional.

Still, there’s a lack of evidence that their use produces dependency and worsens constipation (11).

Summary: Watch for symptoms of laxative abuse, including bloody stools, weakness and continued constipation. While most laxatives are generally safe for short-term use, vitamin and medication malabsorption and electrolyte imbalances may occur. Currently, despite warnings, no studies prove that prolonged stimulant laxative use produces dependency.

Recommendations on Safe Laxative Use 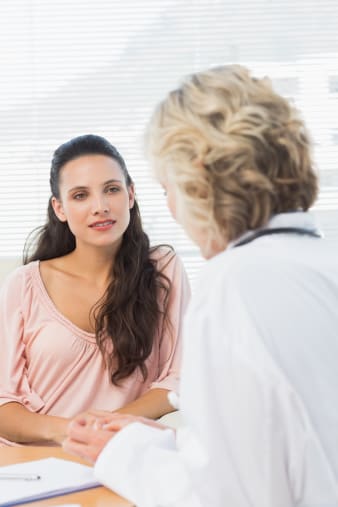 First, always follow the advice of your medical professional regarding product type, dosing and duration. Most laxatives are not intended for long-term use.

Laxatives are generally safe for people over the age of 12, but be sure to avoid certain laxatives not intended for specific populations (e.g. pregnant women, young children and elderly).

Be sure to use laxatives with at least six to eight cups of additional water to avoid dehydration.

Summary: Use laxatives as instructed and stay adequately hydrated.

Other Treatments Options for Constipation 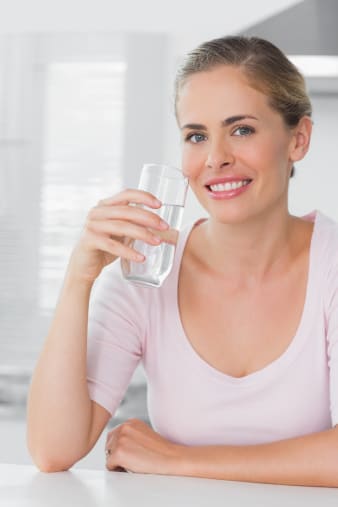 While laxatives often provide a quick fix for constipation, they are not your only option.

Try some of these diet and lifestyle changes to address constipation:

To learn more, check out this extensive article on proven remedies for chronic constipation.

Summary: Diet and lifestyle changes are important components in constipation prevention and treatment.

Summary: The Best Laxatives for Constipation

Laxatives are an important and effective treatment option for those suffering from constipation.

However, it’s important to recognize potential harms and safety practices as they are typically not intended for ongoing use. Always speak with your doctor first.

Start with bulk-forming laxatives like psyllium husk fiber to bulk and soften stool in cases of mild constipation. If this doesn’t work, seek more aggressive treatments, like polyethylene glycol (PEG), which is safe for daily use.

With the right treatment you can get back to feeling like your old self once more. 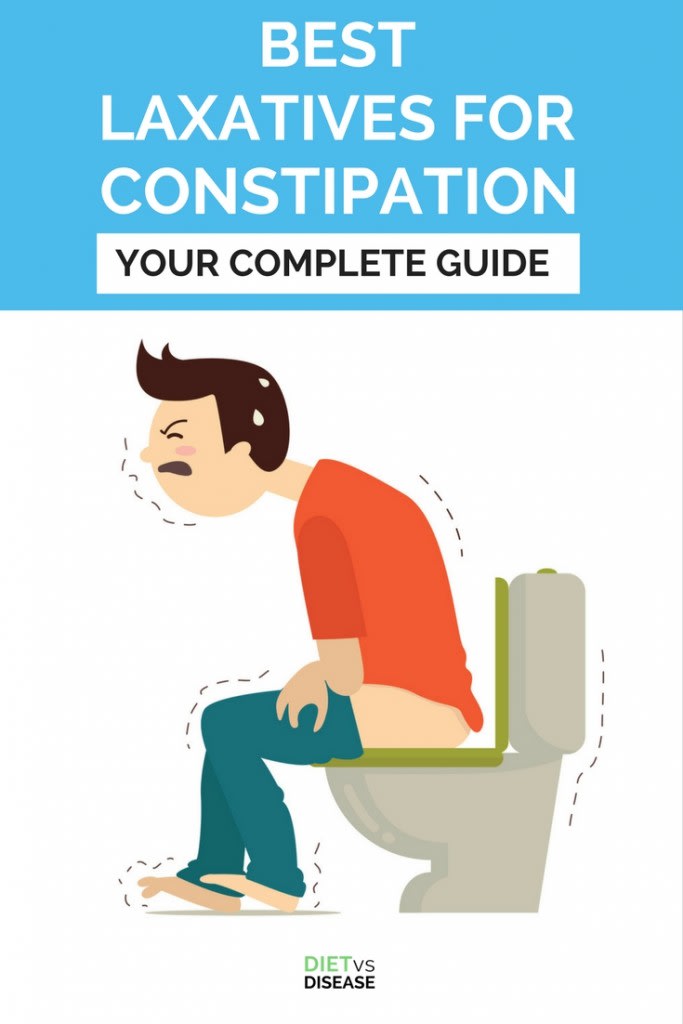 Erin Peisach, RDN, CLT attended the University of Maryland, College Park for her Bachelor's degree in Dietetics. She is now the owner of Nutrition by Erin, a San Diego-based virtual nutrition private practice specializing in gastrointestinal disorders.