It’s the best thing about mornings.

But an unconventional way to enjoy your morning brew has emerged…

It’s called a coffee enema and is a trend in the natural health community said to have many powerful health benefits.

This article takes a critical, science-based look at the use of coffee enemas.

What Is a Coffee Enema? 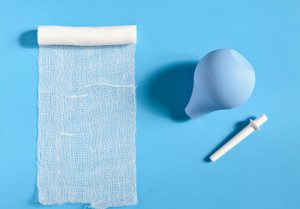 An enema is a procedure where liquid – typically a saline (salt) solution – is pushed into the rectum.

This is usually done to clear out the bowel before a medical procedure.

As the name suggests, coffee enemas use coffee instead of a saline solution. The idea is to retain coffee in your rectum for a brief period of time before ejecting it back out.

This process is said to help cleanse your digestive tract, “detoxify” the body and improve your overall health.

Where Did the Idea Emerge?

Coffee enemas were first proposed by physician Max Gerson in the 1950s as he believed it was beneficial for the digestive tract, liver, and years later even cancer (1).

In fact, they are now a fundamental part of Gerson cancer therapy and encouraged multiple times per day.

Summary: Injecting coffee into your rectum for a health benefit is known as a coffee enema. It was made popular from its use as an alternative cancer treatment.

Enemas have been used for thousands of years, dating back to ancient civilizations and religious scripts. 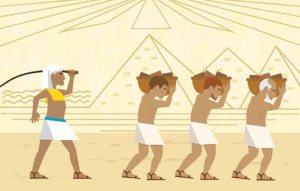 We’re inclined to believe this is a good thing… but just because something was prized in ancient times doesn’t automatically make it healthy or good.

Fattened mice were a prized cuisine in ancient Rome. The ancient practice of human sacrifice is a more extreme example, as is slavery.

Regardless of their history, the proposed benefits of enemas are not backed by modern evidence.

They’re based on a pre-scientific concept called autointoxication, which is a belief that disease starts from the build-up of toxins in our colon (large intestine) (2).

An example of this is humorism, a system of medicine in Ancient Rome and Greece that believed the balance of four liquids – blood, phlegm, yellow bile and black bile – determined health. Disease was thought to occur due to imbalances in these liquids… something which enemas were used to help remedy. 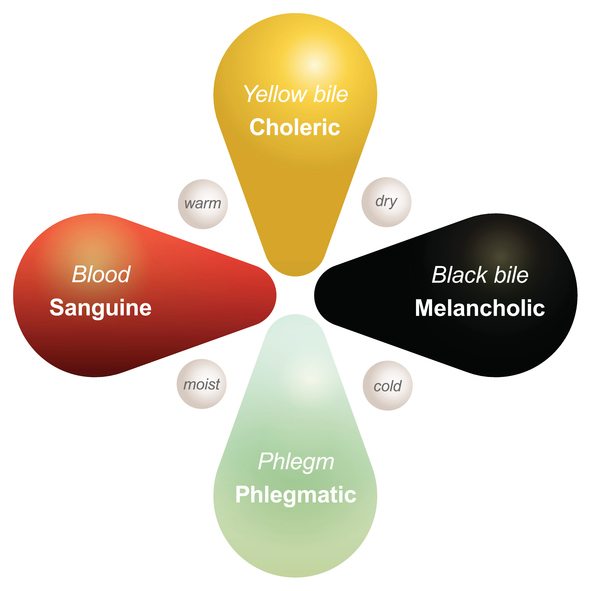 When the scientific basis for disease was discovered, autointoxication was of course discarded.

Despite all this, the popularity of coffee enemas has emerged on the back of anecdotes (self-reports). The main ones reported are:

The first three are certainly plausible, as enemas are designed to help remove stool from the digestive tract.

Relieving a backed-up, bloated colon will certainly improve mood too.

But the other benefits listed are general and unspecific, which is the hallmark of natural health syndromes. Look at the symptoms of adrenal fatigue and leaky gut syndrome, for example.

Suggestions it can help fight cancer (of which there are numerous types that require different approaches) or repair the liver are purely speculative.

The claims surrounding constipation, detoxification, and cancer are looked at in greater detail below.

Summary: The origins of enemas are founded on a pre-scientific system of medicine that was discarded. Coffee enemas are likely to help relieve constipation and associated issues, however most other claims are unspecific. Claims it helps with liver health or cancer or not based on any research.

How Is a Coffee Enema Performed? 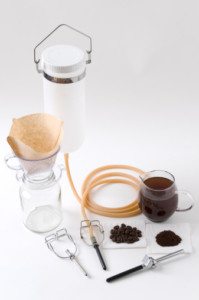 In case you’re wondering, these are the main steps typically recommended to do a coffee enema:

Medical supervision is recommended for beginners, and enemas should not be done more than once per week initially. 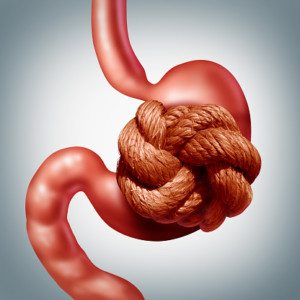 Constipation is defined as difficulty in passing stool.

It’s one of the main symptoms of irritable bowel syndrome (IBS) but is also a common complaint in otherwise healthy adults.

Unlike the other reported health benefits, coffee enemas can actually help treat this.

Water that is inserted directly into the colon stimulates peristalsis in the gut, which is a muscle contraction. This helps move impacted feces and facilitates the emptying of stool (although it has nothing to do with the coffee).

Some say because of this effect coffee enemas are a ‘natural remedy’ for constipation, although one can argue that pushing coffee in your rectum is not natural.

However, there are several natural remedies you should try at home:

If constipation is an ongoing issue for you, speak with your doctor. You could very well need to try a low FODMAP diet.

Summary: Coffee enemas can help with constipation as any fluid injected into the colon will stimulate movement in the colon. However there are much more natural and less invasive alternatives you can try at home too. 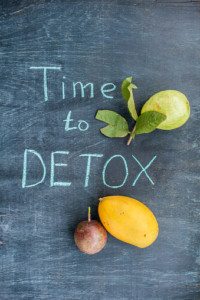 Detoxification is a broad term that refers to the removal of undesirable substances that might accumulate in the body.

The main health claim surrounding coffee enemas is that they help to detoxify the body, specifically the liver and colon (large intestine) through antioxidative effects. This is a very unspecific claim and one that has never been measured or verified.

As mentioned above, enemas can help with bowel movements, which I guess is a form of detoxification itself. But that is really the only evidence available.

It does appear that coffee (specifically cafestol palmitate) administered as an enema increases the activity of an enzyme called Glutathione S transferase. This enzyme employs an antioxidant called Glutathione (GSH) and stimulates excretion of additional bile through the colon wall, which may be useful for a small bowel endoscopy (3).

The theory proposed by many is that the sulfhydryl (-SH) groups of glutathione in the bile neutralize harmful “toxins” called free radicals. This would effectively have a detoxifying effect in the digestive tract, but it remains an unproven theory with many holes (1, 4, 5).

I was only able to find one trial that tested if coffee enemas have any unique antioxidative properties.

Eleven subjects were split into groups and received either a coffee enema (3 times weekly for 6 visits) or ready-to-drink coffee (2 times daily for 11 days) before switching to the other treatment.

Interestingly, researchers found no beneficial effects on antioxidant markers in the blood (including no enhanced glutathione levels) from either oral coffee consumption or coffee enemas (6).

Until there is some evidence, we cannot claim that coffee enemas have antioxidative properties, nor that they improve detoxification.

Additionally, our bodies are naturally equipped with organs and mechanisms designed for detoxing. This includes our kidneys, liver, colon, lungs and even our skin.

Summary: Coffee enemas may increase bile excretion in the colon wall, but there is no evidence this removes additional toxins or benefits health. It is useful for to prepare for bowel endoscopies. 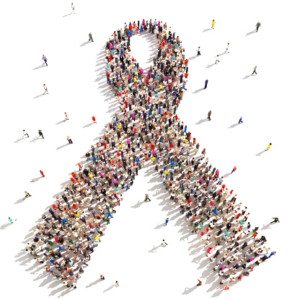 Cancer is one of the biggest killers in the world.

There are numerous types with different causes and treatment protocols, which is why treatment can be so difficult.

As mentioned above, coffee enemas are an important component of cancer treatment at the Gerson Institute.

The theory is that coffee enemas detoxify metabolic products of tumors, therefore having an anti-cancer effect. The idea here overlaps somewhat with the unproven detoxification claims.

As you would expect, there is no scientific evidence to support any anti-cancer claims of coffee enemas. That includes both cancer treatment and cancer prevention (5, 7, 8).

Always speak to your doctor before trying any new therapy, and do not replace conventional cancer therapy with coffee enemas.

Summary: There is no evidence that coffee enemas have anti-cancer properties. Do not use coffee enemas in place of conventional cancer treatment.

There are several risks associated with coffee enemas. 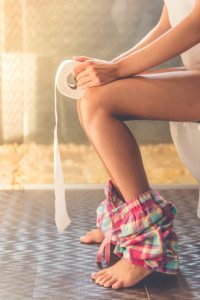 There have also been a couple of deaths as a result of coffee enemas, one from septicemia (blood poisoning) and the other from an electrolyte imbalance (11, 13).

For this reason the US Food and Drug Administration (FDA) has ruled that those participating in coffee enema studies be warned of the risk of death.

To be fair, a recent study reported zero complications in the 17 subjects who received a coffee enema before a small bowel endoscopy (3).

The authors concluded that a one-time coffee enema to patients without severe illness – in a medical setting – is safe.

Summary: There are numerous risks of having frequent coffee enemas, most of which are serious. They are safe when performed one time under medical supervision.

This has actually been studied.

Researchers found that caffeine absorbed from a coffee enema was 3.5 times less than coffee consumed orally (14). 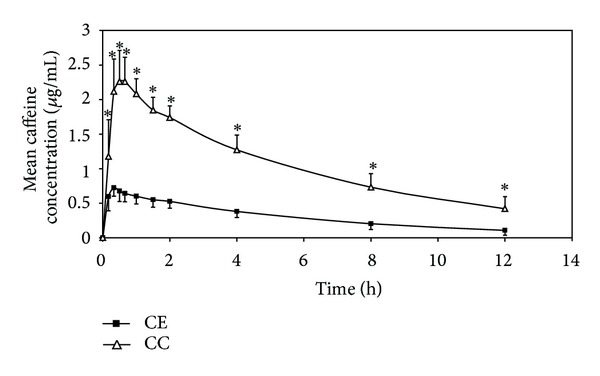 So coffee enemas don’t even provide you with a solid caffeine hit.

Coffee enemas can certainly help clean out the colon.

And most will feel better after this, especially if you’re constipated.

But the idea that regular enemas – coffee or saline – have any meaningful health benefits is based on ancient beliefs and untested theories.

The decision to undergo any treatment must consider if the benefits outweigh the risks. It’s clear this is not the case for coffee enemas… particularly self-administered enemas without medical supervision.

Wake up and smell the coffee. 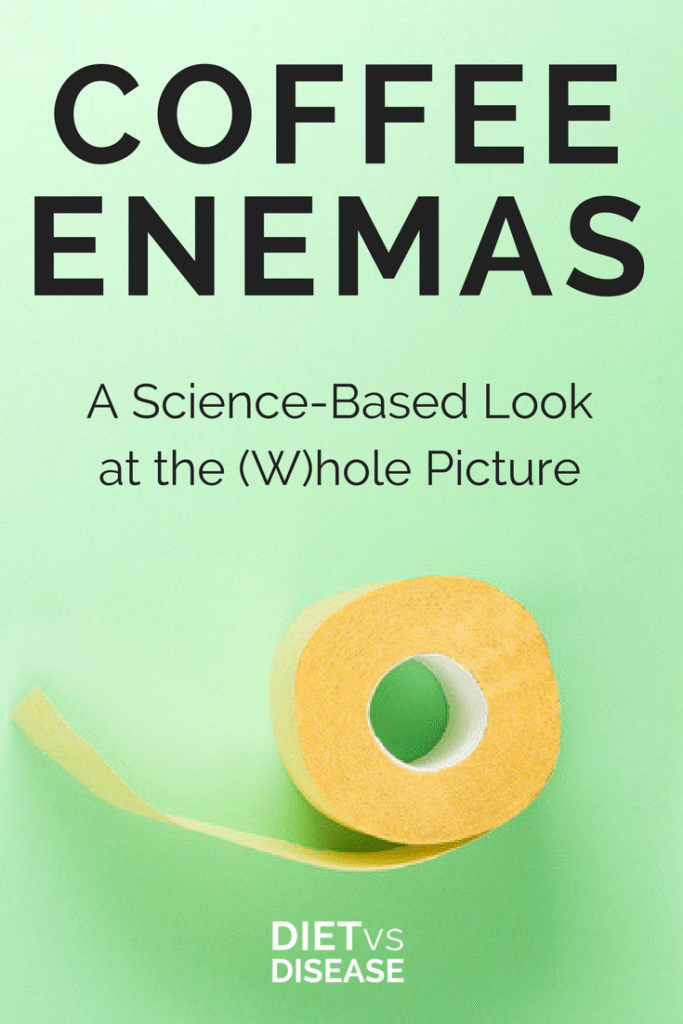