The ancient practice of meditation – particularly mindfulness meditation – has recently surged in popularity.

In fact, in the US about 8% of adults and 1.6% of children have tried it already.

This is because the health benefits of mindfulness meditation are incredibly impressive… and supported by scientific studies.

This article explores the health conditions and diseases it may help with.

What is Mindfulness Meditation? 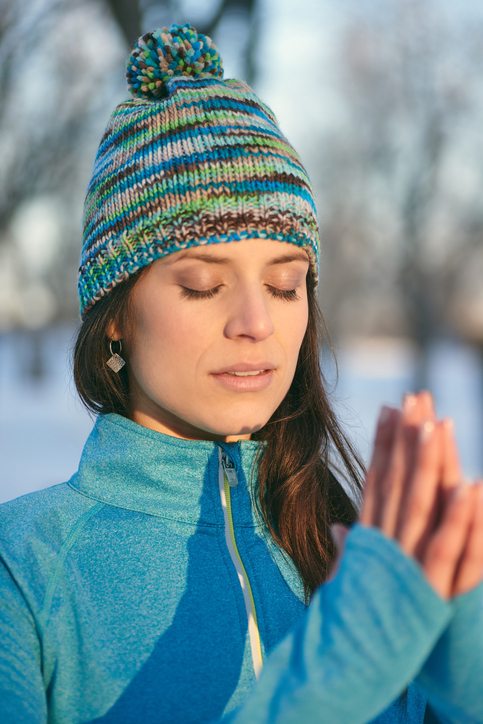 is the ancient practice of connecting the body and mind to become more self-aware and present (1).

There is a range of different meditation styles, but the most popular are:

Most techniques emerged from a religious or spiritual context, but most now practice outside of these traditional settings.

Mindfulness is a specific approach that can be used alone or with other meditation techniques.

It’s most commonly defined as “paying attention in a particular way, on purpose, in the present moment, non-judgmentally.”

I’ll refer to it as mindfulness in this article from here on.

Summary: Mindfulness is a form of meditation that is the most well-studied in health literature. It’s an ancient practice that emphasizes presence of mind and focus.

Reducing Stress is the Secret Sauce 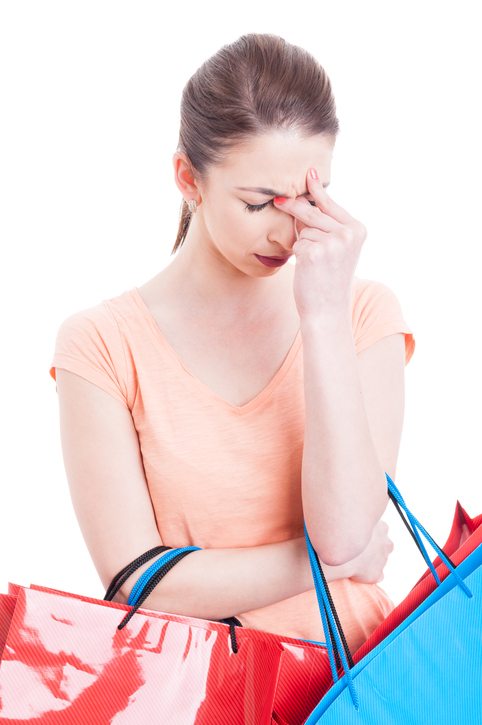 Mindfulness appears helpful in a wide spectrum of health conditions.

It’s not understood why, but stress reduction appears to be the common link. 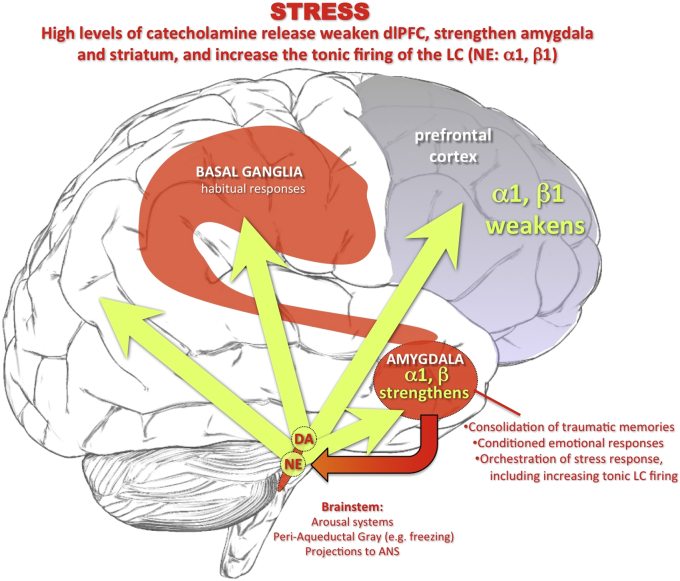 Under high stress there are high levels of catecholamine release in brain, which weaken prefrontal cortex function. Click to enlarge. Image source.

It makes sense then that those who regularly practice mindfulness tend to have lower levels of the stress hormone cortisol. At least, that’s what early research indicates (3, 4).

For these reasons most experts suspect the ability of mindfulness to reduce stress is the key reason to its benefits.

Summary: Mindfulness appears to reduce stress and markers of stress. This is important as many health conditions are worsened by stress.

Mindfulness Meditation For Anxiety and Depression 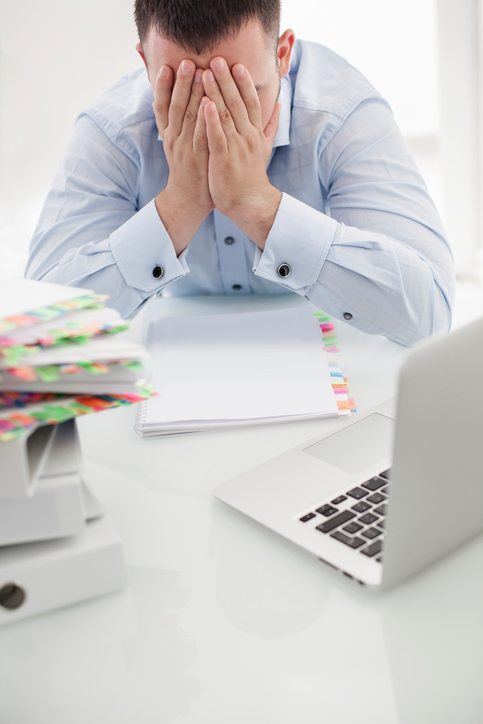 Mindfulness has a direct effect on mental health.

Evidence is strongest for anxiety (General Anxiety Disorder) and depression, two of the most common mental health conditions worldwide.

Unfortunately up to 60% of patients do not improve with conventional treatment, such as medications and psychotherapy (5).

In one clinical trial of 89 patients with anxiety, one group undertook an 8-week Mindfulness-Based Stress Reduction program (MBSR), while the other group received 8 weeks of stress management education.

Members of both groups who participated in just one or more sessions showed symptom improvement, assessed by the Hamilton Anxiety Scale.

However, the MBSR group showed much greater improvement than the stress management group when additional anxiety symptom scales were used (5). 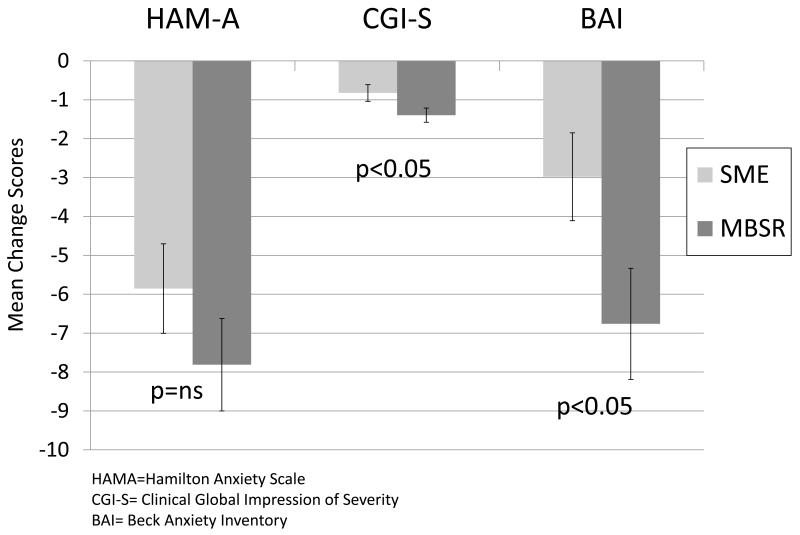 Change in symptom scores for three anxiety measures after Mindfulness-Based Stress Reduction. The lower the number the better. Click to enlarge.

Other studies have found similar benefits, particularly when mindfulness is used alongside anxiety medication (6).

Conventional care includes medication and psychotherapy. Unfortunately, many patients relapse with this protocol or are do not comply with medication regimens (7).

Research suggests that mindfulness can help prevent relapse for those who do not wish to use maintenance antidepressants. 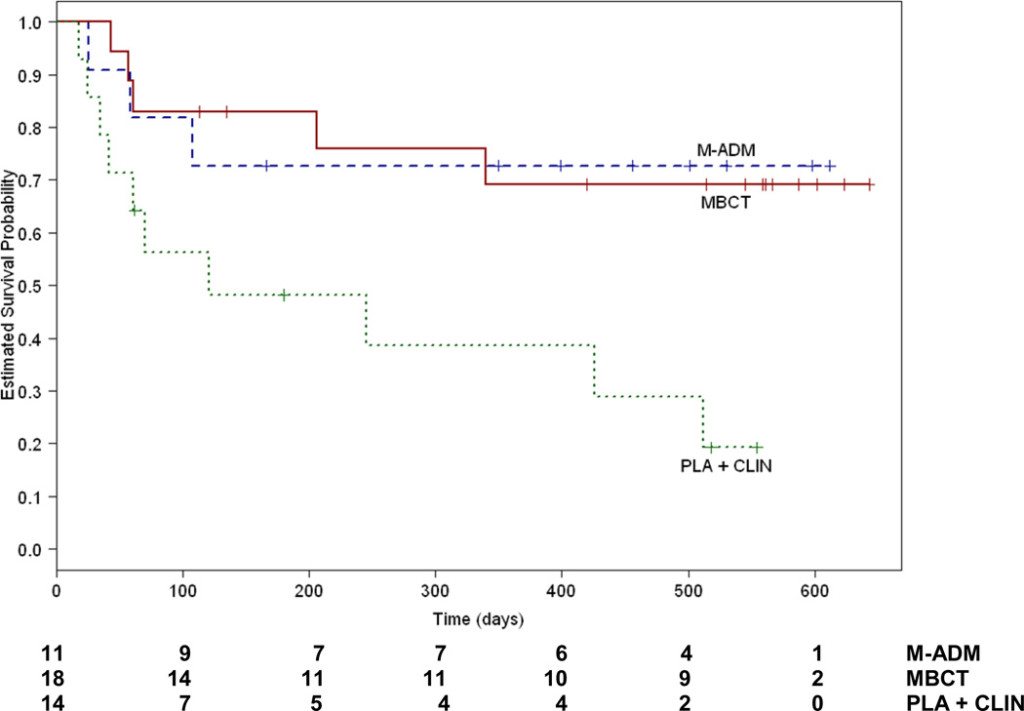 Data from several studies suggests mindfulness and antidepressants are comparable for treating mild to moderate symptoms of depression (8).

This certainly does not suggest those with depression should discontinue medications. However, mindfulness does show promise as an alternative, and certainly as therapy alongside antidepressants.

Summary: Studies indicate it’s useful for managing anxiety compared to conventional stress management practices. It may also be an effective alternative to antidepressants for those at risk of depression relapse. 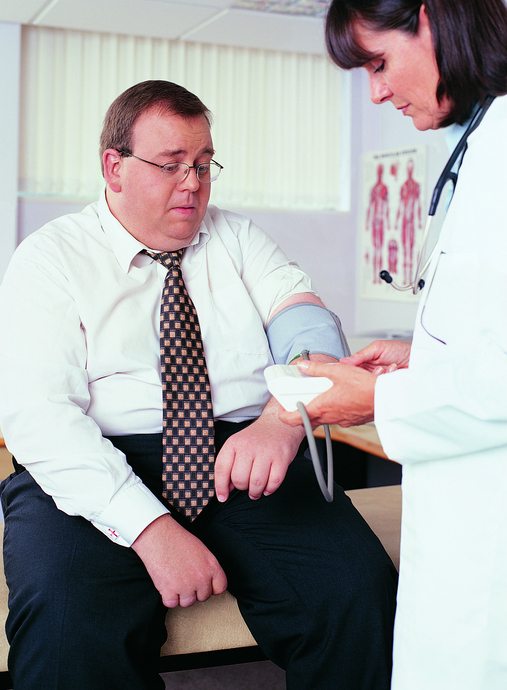 Obesity rates worldwide have more than doubled in the past 36 years.

Research is now heavily focused on prevention and treatment strategies.

Mindfulness is promising as it has been shown to help limit stress and stress-related overeating (10, 11).

It can also increase awareness of hunger and satiety cues, a concept known as mindful eating (12).

A very large observational study showed a relationship between mindfulness and reduced risk of being overweight or obese. Although it was not able to prove that mindfulness causes lower body weight (13).

Results from smaller clinical trials are promising, but we can’t make solid conclusions yet (14, 15). 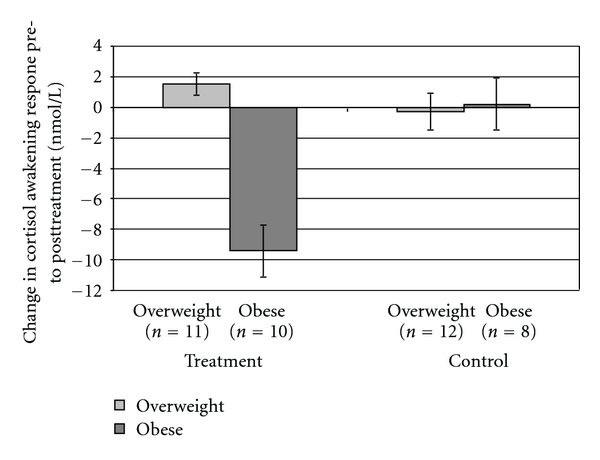 It makes sense that mindful eating is beneficial for weight loss given our modern, fast-paced, fast food lifestyles.

Summary: Research has shown a link between mindfulness and healthy body weight, but more research is needed. 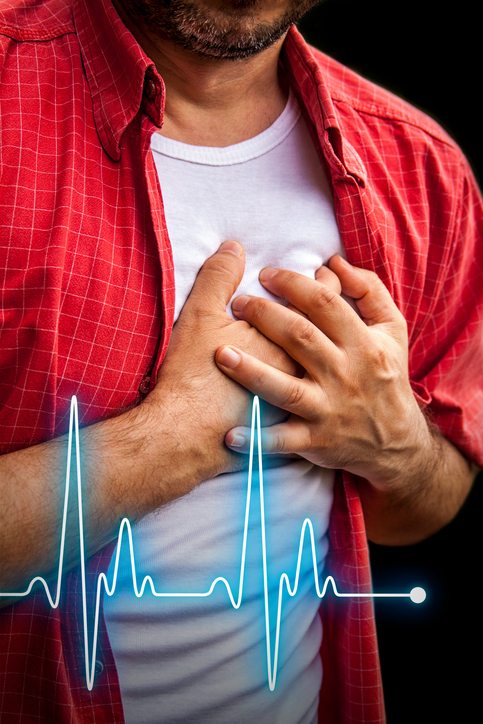 Metabolic syndrome is a group of symptoms that raise risk for cardiovascular disease and diabetes.

You are considered to have metabolic syndrome if you have three or more of the following symptoms:

Observational studies have shown that metabolic syndrome is less common among those who use mind-body practices, including mindfulness (16).

Smaller clinical studies have explored the cause-effect relationships between mindfulness and metabolic risk. Interestingly, improvements to metabolic risk were seen in studies that showed no significant reduction in body weight (15).

In one study of 194 obese adults, the first group received diet and exercise advice, and the second received that same advice plus an all-day mindfulness retreat.

Compared to the first group, the mindfulness group showed significantly improved cholesterol and triglycerides after 12 months, and better fasting glucose levels after 18 months (15). 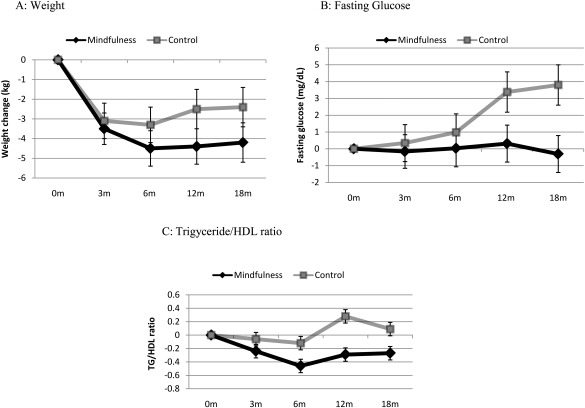 Changes in weight, fasting glucose, and triglyceride/HDL ratio for mindfulness and control groups from baseline to 18 months. Lower values are better for all 3 measures. Click to enlarge.

Other studies have shown mindfulness may improve blood pressure in those with hypertension, as well as exercise capacity and heart rate in those with heart disease (17, 18).

The mechanism for these changes is still unknown, but it’s suspected that mindfulness can alter the autonomic nervous system, which regulates blood pressure, breathing, and heart rate (17).

Mindfulness Meditation and the Gut Microbiota 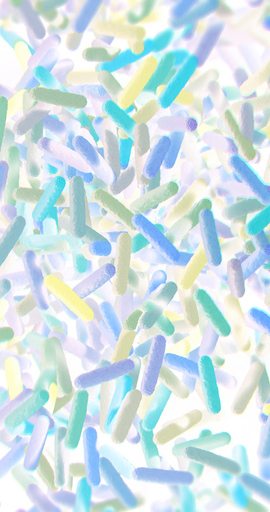 The human body is full of bacteria.

These bacteria make up the human microbiota, mostly located in the large intestine or “gut”.

Alterations and imbalances to the microbiota may contribute to inflammation, weakened immunity, and maybe even weight gain (19).

Very small, early studies on humans have shown a correlation between psychological stress, stress hormones, and changes in microbial composition (20).

In theory then, mindfulness based stress reduction could be a way to help prevent negative changes on the microbiota.

This has so far been tested in rodent studies designed to place mice in stressful situations (19, 21).

Increased stress seems to dramatically alter the types of bacteria in a mouse’s gut, which has been observed multiple times.

Interestingly, this shift in bacteria does indeed increase inflammatory marker levels in the blood, which has huge implications for many common health conditions.

Summary: Research has linked psychological stress to changes in the microbiome, which could theoretically contribute to illness. But more human studies are needed to determine if mindfulness can help maintain a healthy microbiota. 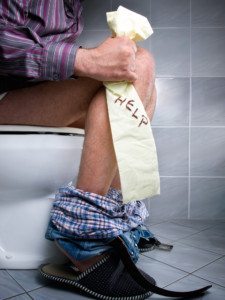 The exact causes of IBS are unknown, but it’s likely multifactorial. Gut microbiota imbalances, stress and other psychological issues are suspected triggers (19, 23, 24, 25).

Considering the potential benefits of mindfulness on each of those triggers, it makes sense it helps with IBS management.

These benefits were still noticeable after 6-months.

Other small studies have shown 30 minutes of mindfulness activity per day to help with IBS symptoms, although these weren’t well-designed (27, 28).

Summary: Small studies indicate that mindfulness may help relieve IBS symptoms. This makes sense given the suspected triggers of IBS are stress and psychological-related.

Stress during pregnancy has been associated with negative health outcomes, including preeclampsia, hypertension, and low birth weight (29, 30, 31).

Small studies have shown that mindfulness may lessen pregnancy-related stress.

This suggests mindfulness could very well be beneficial in reducing day-to-day perceived stress during pregnancy, but much more research is needed. 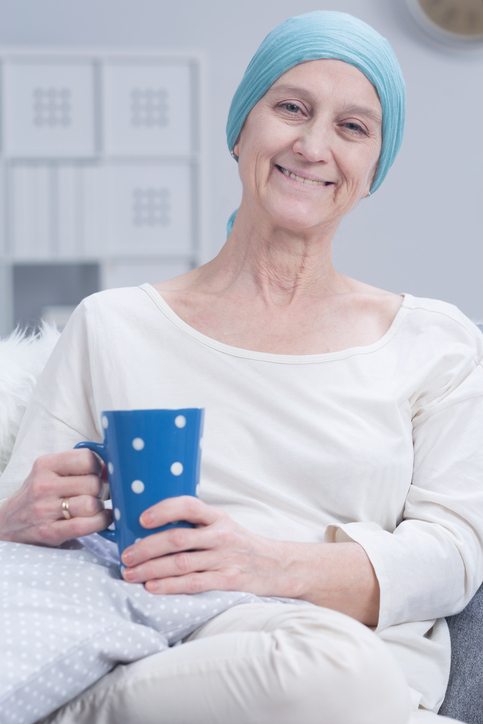 Mindfulness has been shown to significantly improve symptoms and side effects from cancer and its treatment. This includes stress, anxiety, depression, vitality, fatigue, and sleep levels (33, 34, 35, 36, 37).

Newer studies suspect that mindfulness may also help to treat cancer progression in the first place. In particular, markers of cancer activity in breast cancer.

The mechanism for this is still under investigation, but stress reduction appears to play a key role (38, 39).

In one study of 128 stage I to III breast cancer patients who had completed standard medical treatment:

Compared to the mindfulness and SET groups, the control group had significantly shorter telomeres following the intervention.

Telomeres protect the structure of DNA. Shorter telomeres have been linked to disease progression and mortality in breast cancer and leukemia (39, 40).

Although it could have exciting implications for cancer treatment, it’s important to remember this is an emerging area of research. Mindfulness should not replace standard cancer care, but instead be used alongside it.

Summary: There is potential that mindfulness can positively influence cancer progression, or at least breast cancer. At a minimum, mindfulness appears to improve certain cancer symptoms and treatment side effects. 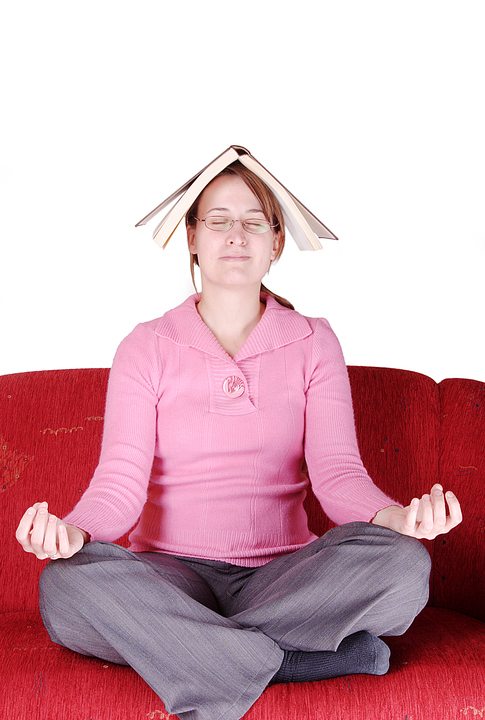 The potential health benefits of mindfulness meditation are very impressive.

It’s a harmless practice that can only be good for us.

If you are a beginner looking to explore the benefits of mindfulness, many free resources are available online.

I’ve personally tried both Headspace and Aware, which are guided meditation apps for beginners available on iphone and android.

You can trial Aware for free and then save 50% off your first subscription with this unique code: AWARE50 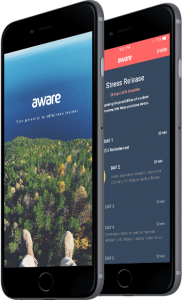 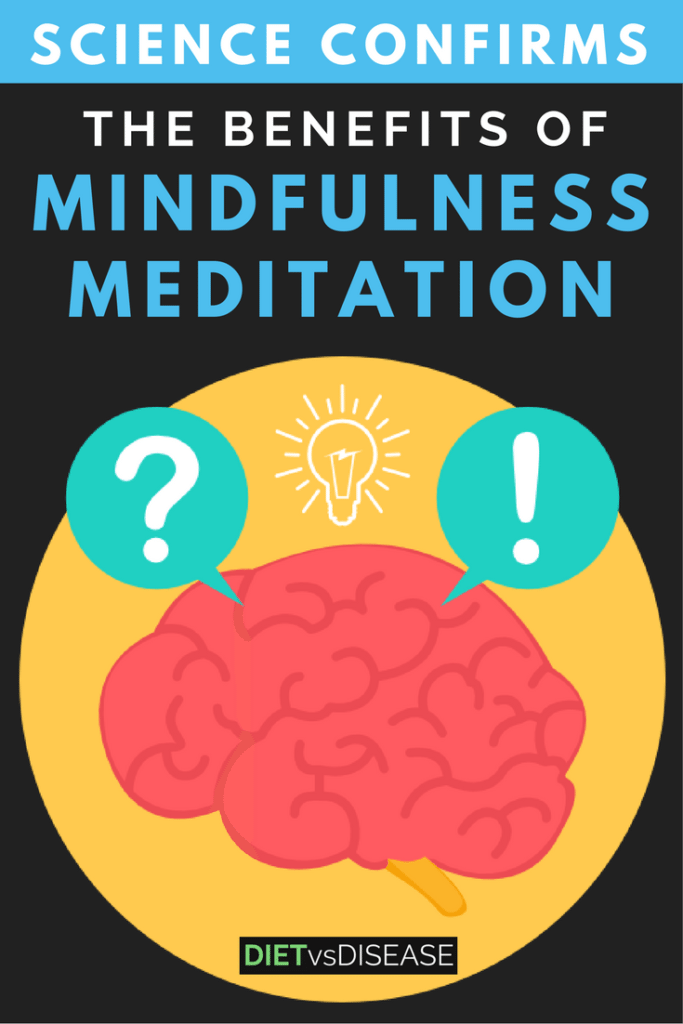