Research indicates between 10-20% of individuals experience acid reflux every week.

In fact, it’s one of the most common digestive disorders in the United States and Europe (1).

Fortunately, several dietary changes are proven to help. This article highlights the most proven methods to prevent acid reflux.

Acid reflux is characterized by persistent regurgitation of stomach acid (2).

It’s known medically as Gastroesophageal Reflux Disease (GERD or GORD), but typically referred to as heartburn.

Common symptoms of acid reflux include:

The symptoms are caused by a dysfunctional lower esophageal sphincter muscle (LES). It’s designed to stop stomach acid moving into the esophagus.

Unlike the stomach, the lining of the esophagus has no protection against acid (3, 4). 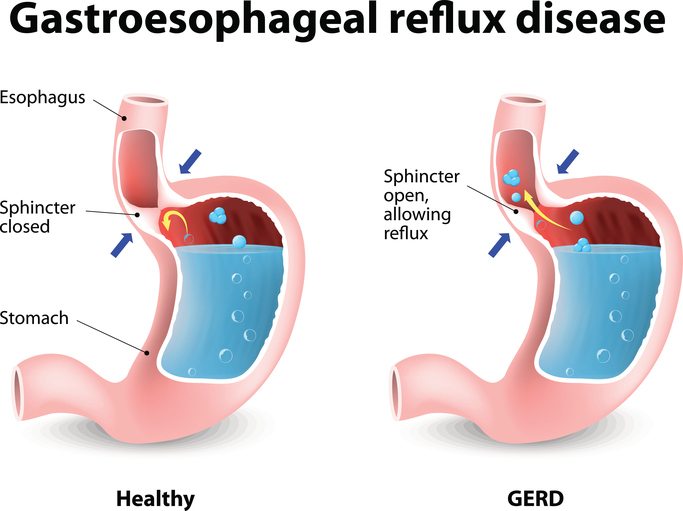 Summary: Acid reflux and its symptoms are caused by stomach acid escaping up into the throat (esophagus). This occurs when the lower esophageal sphincter muscle (LES) is not working properly. 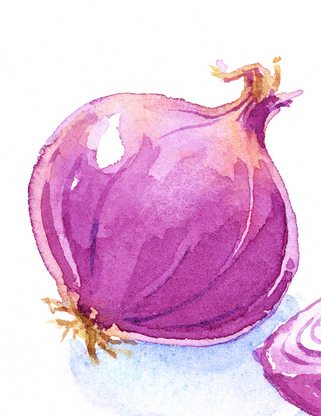 Most people have “trigger foods” that cause symptoms.

These tend to stimulate stomach acid production, which becomes reflux (6).

While trigger foods vary from person to person, the most common appear to be:

Chocolate and peppermint oil have been shown to lower the strength of LES contractions, which promotes reflux (7, 8).

The most effective way to determine your trigger foods is to keep a food and symptoms diary for 2 weeks. Record everything you eat, estimated quantities, and any symptoms that arise. This allows you to see trends and patterns you would otherwise overlook.

This is an example of a food and symptom diary used for elimination diets such as the low FODMAP diet (more on that below). 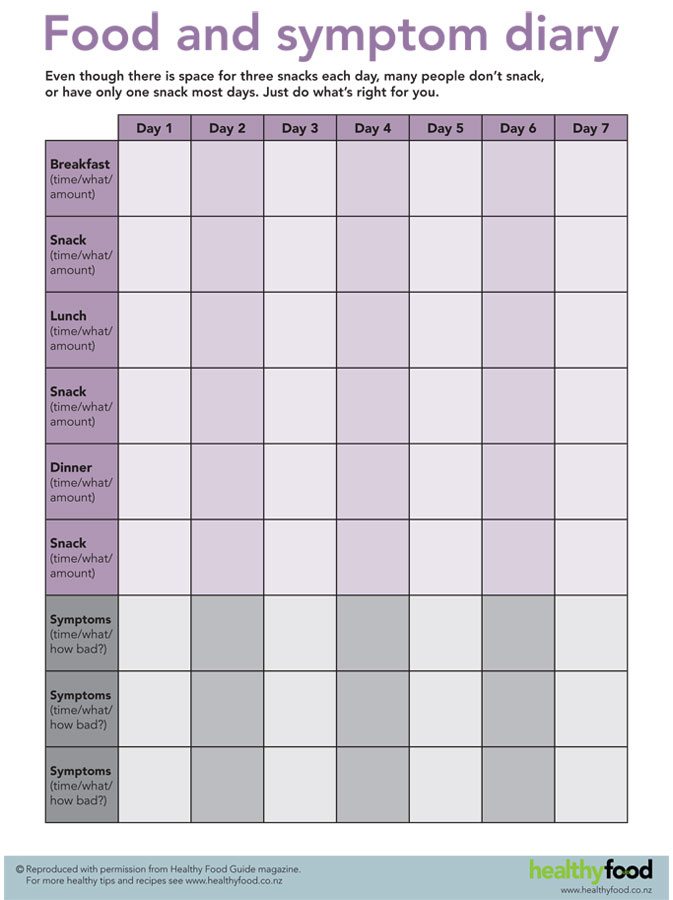 Note that big meals can also contribute to symptoms, as does eating too close to bedtime (within 2-3 hours). 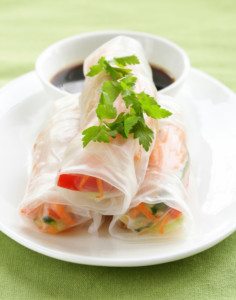 FODMAPs are short-chain carbohydrates that can cause digestive stress in those who are sensitive.

A low FODMAP diet is the most reliable and well-studied method of treating Irritable Bowel Syndrome (IBS).

In theory this diet should not help with acid reflux, because FODMAPs cause issues in the large intestine (hence ‘bowel’ in IBS). Reflux on the other hand occurs in the top of the stomach.

However, up to 79% of IBS patients report having acid reflux, and up to 71% of patients with acid reflux report IBS, though the relationship is not fully understood (11, 12).

It doesn’t quite make sense that a low FODMAP diet would be effective for treating reflux, but the anecdotal evidence suggests otherwise.

Summary: Acid reflux and IBS seem to go hand-in-hand, although they refer to different areas of the digestive tract. Based on anecodotal evidence and feedback studies, a low FODMAP diet could be worth a try.

Research indicates obesity may be a significant risk factor for acid reflux. 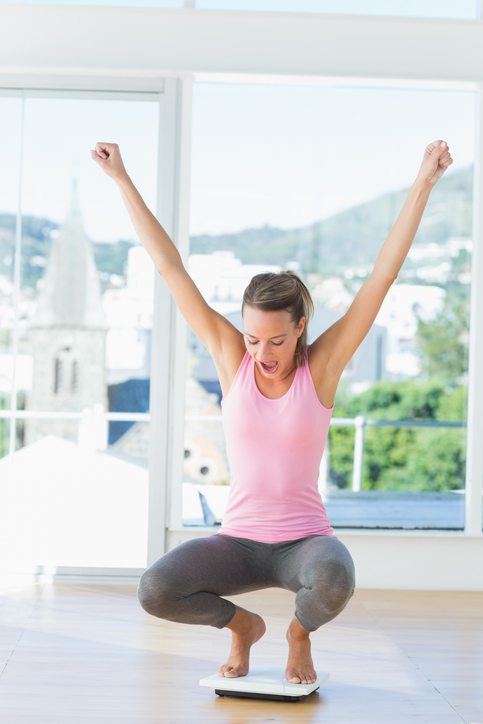 The theory is that excess weight around the belly increases abdominal pressure, which contributes to LES dysfunction (13, 14).

While the association between body weight and acid reflux is debatable, mild exercise like walking or cycling can have favorable effects. And that’s regardless of body weight (15, 16).

Summary: The combination of frequent exercise and weight loss are important for managing reflux.

Specifically, nicotine may actually be the main problem because it relaxes the LES muscle. 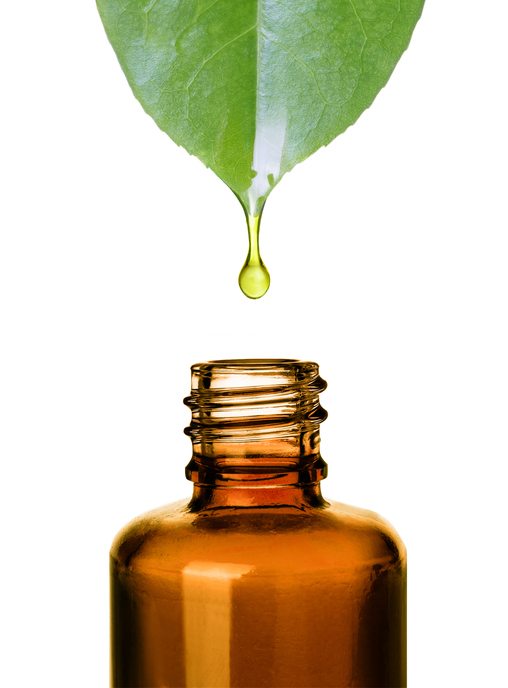 Several natural remedies have been studied for reflux (18).

They appear particularly useful for dealing with symptoms, rather than preventing future episodes. Iberogast and melatonin are the two options with some research to back their use.

Iberogast is a herbal supplement for IBS that contains 9 botanical extracts.

A review of three controlled trials found that 20 drops of Iberogast, three times per day, was effective for general GI-related symptoms. Additionally, it had a greater effect on acid reflux symptoms when compared to placebo (20).

Larger studies are needed, but Iberogast is promising from the evidence available so far.

It’s certainly be worth a try if symptoms persist, despite making dietary changes.

Melatonin is a hormone naturally produced by the body.

However, it’s commonly consumed as an antioxidant supplement and to promote sleep.

Doses between 3-6 milligrams per day have been shown to inhibit stomach gastric acid production and stimulate LES activity. Both actions minimize contact between the esophagus and gastric fluids (22).

This could be worth a try if Iberogast doesn’t help.

Numerous other remedies are reported to help with reflux, but they are lacking any scientific validity.

Summary: Natural or alternative remedies are an option if other treatment options don’t work. Iberogast and melatonin supplementation in particular seem promising. 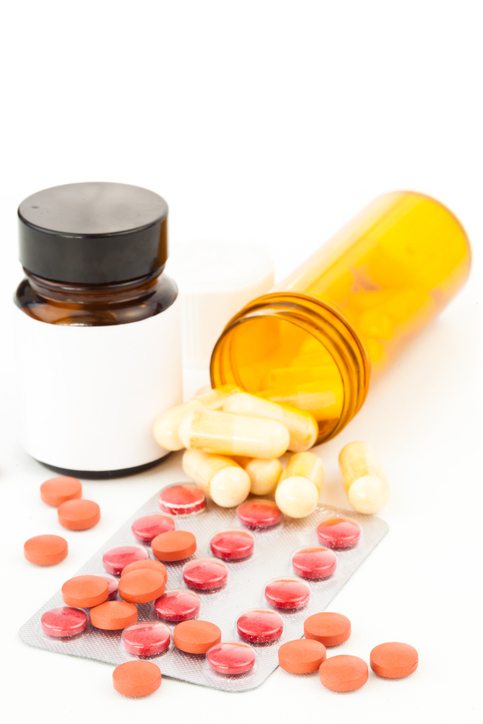 Common over-the-counter medications can help by reducing the amount of stomach acid produced.

Click here for more information about acid-suppressing drugs including potential side effects.

Summary: In cases of severe acid reflux, pharmaceutical intervention is necessary. A variety of effective acid-suppressant drugs are available.

How To Get Rid of Acid Reflux

Taking a prevention approach, the first steps are to identify and remove your “trigger foods”.

Recording a food and symptom diary, potentially as part of the low FODMAP diet can help you do this correctly.

For dealing with immediate symptoms, consider supplements and pharmaceutical medications. These may also be useful long term if the diet and lifestyle changes are not possible for you.

Would you like more information on how to start a low FODMAP diet, which has been shown to help reduce reflux? 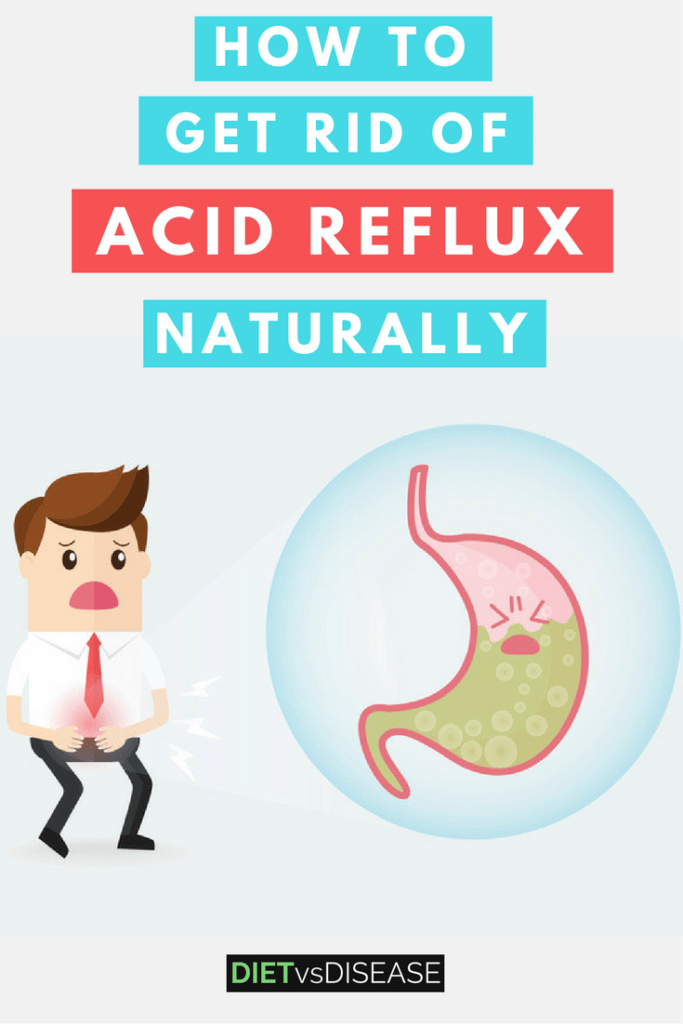