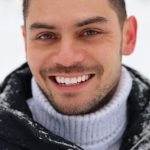 Those with a wheat allergy, celiac disease (about 1% of the population) and certain other autoimmune conditions get very sick if they eat it.

However, an extra 12% of people report digestive symptoms after eating gluten-containing foods… despite not having a wheat allergy or celiac disease.

But new research from Norway suggests it’s not gluten that causes issues for these people… it’s a FODMAP called fructan.

What Is A Fructan and Fructan Intolerance? 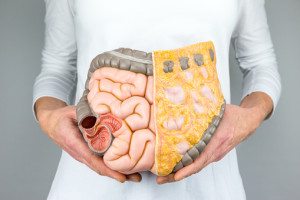 Fructans are a type of short-chain carbohydrate often referred to as FODMAPs.

They can cause unpleasant digestive symptoms for sensitive people, especially those with irritable bowel syndrome (IBS) and inflammatory bowel disease (IBD).

Fructans occur in large quantities in:

Summary: Fructans are a type of carbohydrate often referred to as FODMAPs. They are likely to cause strong digestive symptoms in those who are fructan intolerant. Rich sources of fructans include wheat, garlic, onion, chickpeas and more.

Non-Celiac Gluten Sensitivity (NCGS) Is Not Your Issue 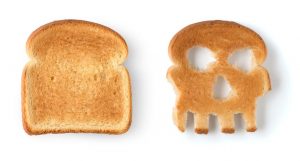 Non-celiac gluten sensitivity (NCGS) or “gluten intolerance” is the term used to describe those who react negatively to wheat foods but don’t have celiac disease.

NCGS is a real thing, but about 4 in 5 people who think they have it don’t.

A recent review study of data from 1312 adults found only 16% of those who respond positively to a gluten-free diet actually have a gluten sensitivity (1).

The remainder of people have other sensitivities or a nocebo response to gluten, which means they react to non-gluten foods as well.

FODMAP researchers suspected that these people might actually be sensitive to fructans, as they are found in many foods with gluten, such as bread and pasta.

A new Norwegian study published in Gastroenterology looked at 59 people who did not have celiac disease yet found digestive relief with a gluten-free diet (2).

Subjects were randomly assigned to eat seemingly identical muesli bars with either gluten, fructans, or neither (placebo) for seven days.

They then crossed over into a different group, until they had completed all three bar diets and recorded their digestive symptoms.

Researchers found that symptoms of IBS, especially bloating, were 15% worse after eating the fructan muesli bar compared to placebo. 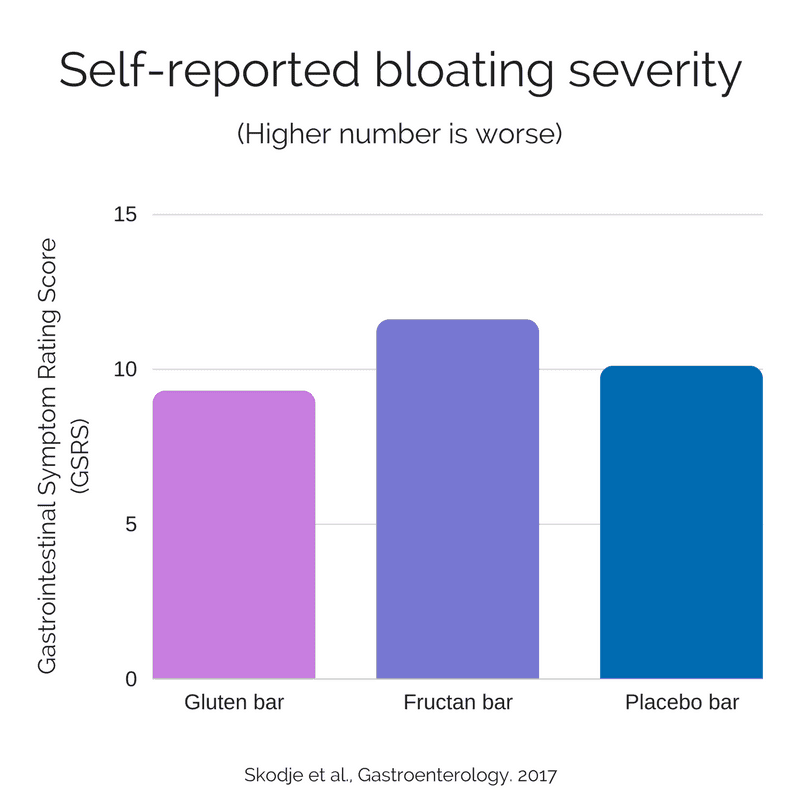 Interestingly, the gluten bar had no effect on symptoms, which suggests gluten is not the culprit after all.

Lead author Gry Skodje believes these findings strongly support the idea that fructans in wheat are the trigger of digestive symptoms, not gluten.

It also helps explain why researchers have been left stumped trying to figure out how gluten causes issues for non-celiacs.

Ideally, the next step would be a larger study that controls the participants outside food intake as well.

Summary: Research shows 4 in 5 people who believe they are sensitive to gluten are actually not. A new clinical trial suggests the likely cause of their digestive symptoms are fructans, which are also found in wheat.

It’s Not The Gluten, But Gluten-Free Will Still Help You 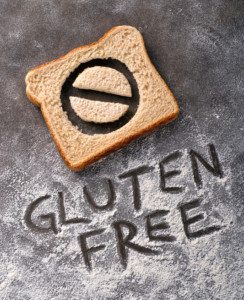 The reason a gluten-free diet helps you feel better – even though you aren’t sensitive to gluten – is simple.

Gluten-free grains are automatically low in FODMAPs (including fructans).

Likewise, the removal of gluten from wheat also removes the majority of FODMAPs. That’s why low FODMAP diet plans are gluten-free.

So by choosing gluten-free breads, pastas and cereal, people have inadvertently been cutting out their fructans as well, leading to symptom relief.

For this reason avoiding gluten can still be particularly useful for those with fructan intolerance.

The Problem With A Gluten-Free Diet

However, a gluten-free diet may be overly restrictive of gluten-containing foods that are low in fructans.

For example, sourdough bread has gluten but its fermentation process removes the fructans. Soy sauce also contains gluten but is low in fructans. Beer comes to mind as well.

These are off-limits on a gluten-free diet, yet unnecessary to restrict for the vast majority.

The other issue is that most people with digestive issues don’t ever fully recover on a gluten-free diet. This is because FODMAPs (including fructans) are the likely culprit and a low FODMAP diet is what’s actually required.

If you’re still unsure about your perceived gluten sensitivity, try this:

Think about if you’ve ever had excessive gas, bloating or diarrhea several hours after eating a lot of garlic, chickpeas (hummus), dates or watermelon…

Would you like more information on how to start a low FODMAP diet? 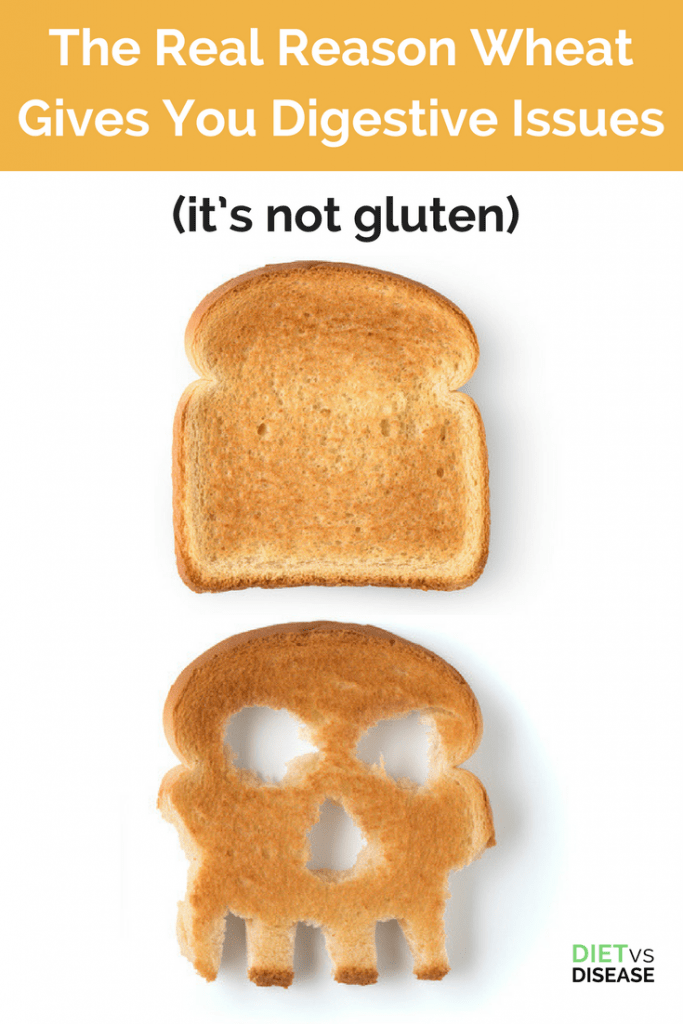