Fecal impaction is fairly common, particularly in older adults and people who are bedridden.

In fact, one study found that 42% of seniors in a geriatric ward had experienced it (1).

It’s not usually a big deal once its resolved, but untreated impaction can result in very serious medical complications. It can also increase the risk of future impactions.

So what is fecal impaction, and can it be treated at home? Let’s take a look at the evidence.

What is Fecal Impaction? 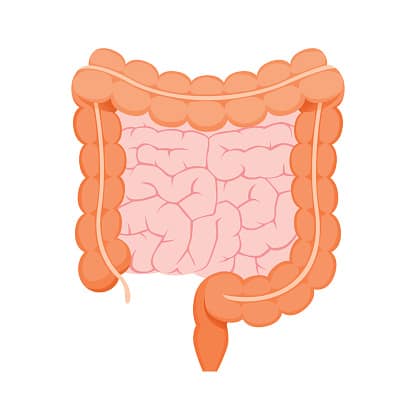 is the medical term for stool (poop).

It’s the waste product of digestion. When we eat, food is digested in the mouth and stomach before moving to the small intestine where nutrients are absorbed.

The indigestible parts of food move to the colon and are passed through the rectum and anus during defecation (pooping). 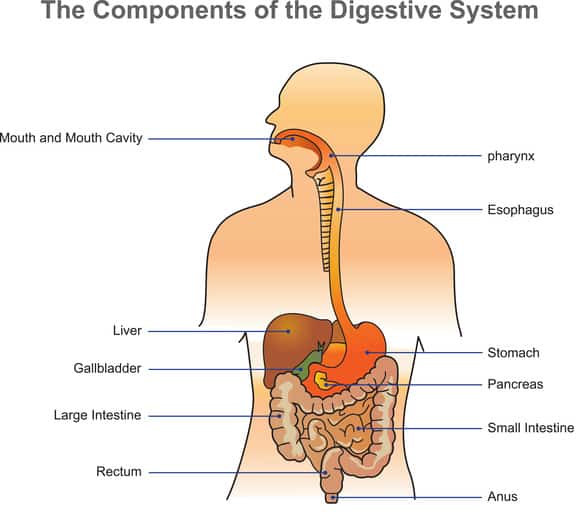 With fecal impaction (also called impacted stool, impacted bowel, and impacted colon), a mass of stool gets stuck in the bowel.

Impaction is often the result of unresolved constipation. With impaction, the bowels cannot be evacuated just by the normal muscle contractions that push stool out of the body. Medical intervention is usually needed.

Those who’ve had fecal impaction are also more likely to have it again. One study found that 39% of fecal impactions occurred in those who’d had it before (2).

Most of the time though, fecal impaction is often the result of changeable lifestyle factors. Inadequate fiber intake, not drinking enough water, medications and unhealthy bowel habits (like delaying defecation when the urge strikes) all increase your risk.

Regardless of the cause, it’s important to address fecal impaction promptly. Unresolved impaction increases the risk for medical complications, including (3, 4):

It’s easy to brush off impaction due to its similarities to constipation; however, the outcomes can be quite serious.

Summary: Fecal impaction refers to a hard mass of stool that becomes stuck in the colon. It’s common among older adults and in certain medical conditions and is often the result of unresolved constipation and lifestyle factors. If left untreated, it can cause serious medical problems. 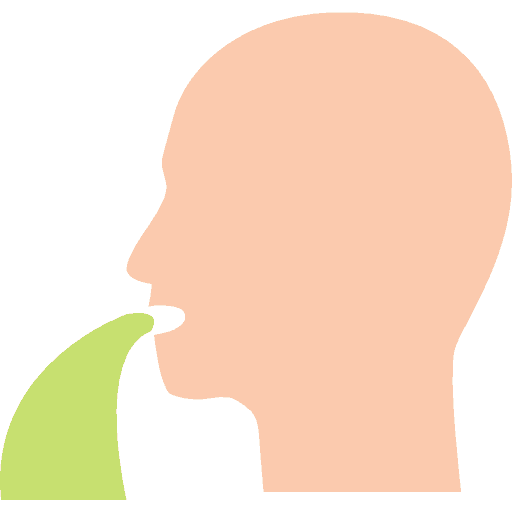 The most obvious sign of fecal impaction is an inability to poop.

More severe cases of fecal impaction can cause symptoms in other parts of the body, such as rapid heart rate, fever and confusion (2).

If you have symptoms of fecal impaction, you should see your doctor for a physical examination.

Your doctor will feel your abdomen and listen to it with a stethoscope. He may also insert a lubricated, gloved finger into your rectum to feel for stool.

If impaction is suspected following a physical exam, your doctor may order blood tests and imaging studies, such as X-rays or CT scans (2).

Summary: Common symptoms of fecal impaction include abdominal pain and tenderness, difficulty moving the bowels and rectal pain. You should see your doctor if you are showing symptoms of impaction, and particularly more severe ones like fever and fast heart rate. Your doctor will conduct a physical exam and may order lab or imaging studies. 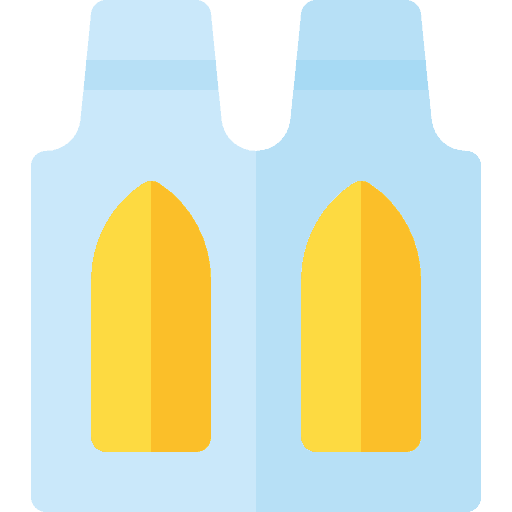 Medical treatment for fecal impaction depends on the location and the severity of the blockage.

The first line of treatment is sometimes manual disimpaction, or breaking up the stool with a finger.

Your doctor will stick a gloved, lubricated finger in the rectum and try to dislodge any stool that’s stuck. You may feel a little bit of pressure or discomfort, but the procedure is generally well-tolerated (2).

Your doctor may also recommend medications or stool softeners that are inserted into the rectum in the form of suppositories or enemas.

These treatments may stimulate muscle contractions in the bowel walls or soften the stool. In some people though, they act quickly and don’t always have time to fully soften the stool (2).

More severe blockages may require treatment in the hospital. This may involve a period of no food or drink by mouth if eating or drinking would increase the risk of bowel perforation or other complications.

You may also need a tube down your nose to remove pressure from the abdomen. In some cases, surgery may be needed to clear the blockage and repair any damaged sections of the intestine (2).

Summary: If your doctor diagnoses an impaction, he or she will often see if it can be dislodged using a gloved and lubricated finger. Suppositories or enemas are typically a second line of treatment to soften any remaining stool. In severe cases, hospitalization and more aggressive treatment (like surgery) may be necessary.

Can You Remove Impacted Stool at Home? 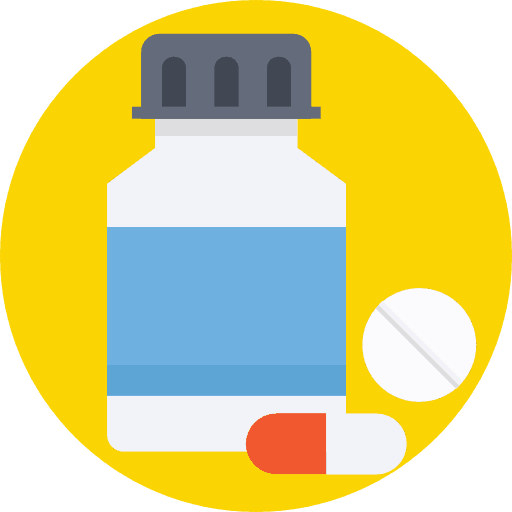 If you suspect fecal impaction, the safest course of action is to visit your doctor.

You may be able to help move things along with enemas, suppositories, oral laxatives or other treatments.

You can do quite a bit to prevent impaction with changes to your diet and lifestyle though. 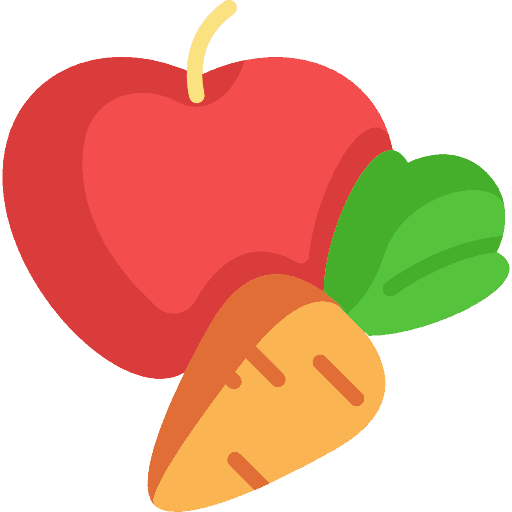 The best way to prevent fecal impaction is to have regular bowel movements.

In most cases, changes in diet and bowel routine including avoiding foods which cause constipation can prevent impaction.

Fiber is a type of carbohydrate that can’t be broken down in the digestive tract.

There are two main types of fiber:

One review of five clinical trials found that fiber significantly increased stool frequency in those prone to constipation (5).

It makes sense, then, to aim for the recommended daily fiber intake each day:

Food sources—like fruits, vegetables, legumes, and whole grains—are ideal. Supplements can be used if you have trouble meeting the daily goal.

You’ll want to gradually increase your intake of fiber-rich foods if your diet isn’t high in them already.

Sharp increases in fiber may worsen the problem or cause other uncomfortable digestive problems like gas and bloating. Add a serving of fiber-rich foods every couple of days until you reach your fiber goal. 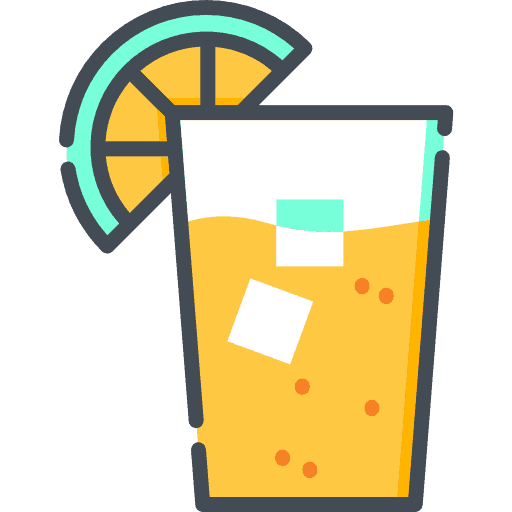 Water is often touted as a remedy to constipation, although the research isn’t very clear.

Studies have found those who drink less fluids throughout the day are more prone to constipation (6, 7).

However, no studies to date have been able to demonstrate that fluids alone prevent it. Most studies that have looked at fluid intake as a treatment for constipation have included laxatives or other treatments as well (8).

There’s some evidence that 1.5 to 2 liters of water per day may boost the laxative effects of fiber. But regardless, it makes sense to stay well hydrated (9). 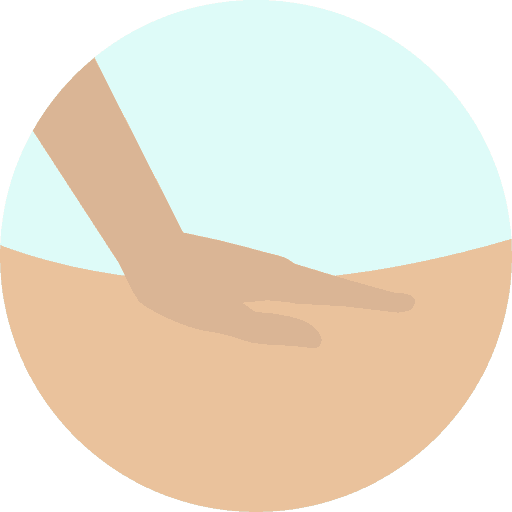 Abdominal massage is a technique that involves gently rubbing your belly to help move stool through the intestines.

Studies on it have been small, so it’s difficult to know for sure how helpful it is in preventing constipation. It’s shown some promise in kids with constipation and in adults with Parkinson’s disease (10, 11).

A medical professional can teach you to do abdominal massage. It’s safe in most cases and probably worth a try for preventing constipation.

But notify your doctor if you’ve been constipated and experience severe pain during massage—this could indicate impaction (12).

Move Your Bowels when the Urge Strikes 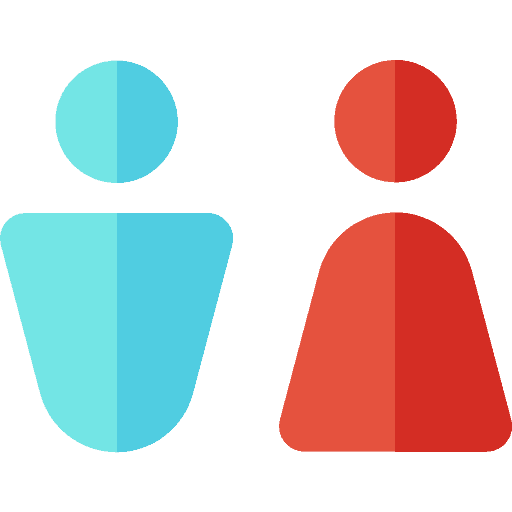 Most of us have delayed emptying the bowels at least once, either for convenience or concern for privacy.

This isn’t usually an issue if it’s done occasionally. However, chronically disregarding your body’s signals to poop can worsen constipation and increase your risk for impaction.

Withholding bowel movements can cause the bowel to become distended. This, over time, can lead to nerve damage. It becomes a vicious cycle, where you become constipated because of a loss of sensation in the colon (13).

As much as possible, go when you need to go. Everyone poops, and putting it off due to embarrassment or other concerns increases your risk for constipation and impaction.

Ask Your Doctor About Laxatives

It’s best to address constipation as soon as possible.

When other diet and lifestyle changes can’t ward it off, you may want to consider a laxative until the constipation resolves.

Laxatives are medications that help the bowels to move. They work in a few different ways. Some bulk up the stool. Others stimulate the bowel walls to contract or pull water into the stool, making it easier to pass.

Studies have generally found them to be more effective than placebo in relieving constipation. The best-studied has been polyethylene glycol (aka, Miralax), which pulls water into the stool (14).

Laxatives shouldn’t be a long-term solution for constipation in most cases, though. Some researchers have raised concerns that a person can become dependent on them to produce healthy bowel movements.

And interestingly, certain laxatives (especially stimulant laxatives) can increase the risk for fecal impaction, at least in older adults. That’s why it’s important to speak with a doctor before starting laxatives for constipation (15, 16).

Summary: The best way to prevent fecal impaction is to move the bowels. You can often ward off constipation and impaction with lifestyle changes. Be sure to eat enough fiber and to avoid dehydration. Abdominal massage may or may not work but won’t hurt to try in most cases. Move the bowels when the urge strikes, and ask your doctor about a laxative you can use for a few days if these treatments don’t work.

So What’s the Best Way to Treat Fecal Impaction?

Fecal impaction refers to a mass of stool that becomes stuck in the colon.

It can be caused by medical conditions but is often the result of lifestyle factors and unresolved constipation.

When fecal impaction occurs, it’s important to see a doctor. If left untreated, it can cause serious complications like bowel perforation or even death. Home treatments only increase the risk for this and may leave you susceptible to injuries of the anus and rectum.

The great news is it can often be prevented by:

Adopting a balanced diet and healthy bowel habit can lower risk in most cases.

Would you like more information on how to start a low FODMAP diet?