This is what those with microscopic colitis deal with on a nearly daily basis.

This inflammatory condition of the colon, broken down into two forms—collagenous and lymphocytic colitis—is becoming increasingly common, with more people seeking quick relief.

Here, we explore the best treatments for both forms of microscopic colitis and how diet and lifestyle changes may be your best long-term course of action.

What is Microscopic Colitis?

Microscopic colitis is an inflammation of the large intestine (colon) that causes chronic watery diarrhea.

Sufferers may experience over 10 bowel movements a day.

It’s referred to as “microscopic” because it can only be identified under a microscope. A colonoscopy or sigmoidoscopy will not detect it.

Typically, colonic biopsies are needed to make a clear diagnosis.

Aside from the inflammation, this condition is not related to other inflammatory bowel diseases (IBD) like ulcerative colitis or Crohn’s disease , or infections like pseudomembranous colitis (C. diff colitis).

Microscopic colitis is broken down into two specific types:

What is the Difference Between Collagenous Colitis and Lymphocytic Colitis?

While collagenous colitis (CC) also involves the formation of excess collagen in the colon, both forms may actually just be different phases of the same condition.

For this reason, symptoms, risk factors and treatment for both CC and lymphocytic colitis (LC) are the same.

However, rates of LC are slightly higher than that of CC, and women have a greater risk of developing CC than men (1).

Summary: Microscopic colitis is an inflammation of the large intestine (colon) that causes chronic watery diarrhea. Lymphocytic colitis (LC) and collagenous colitis (CC) experience an abundance of inflammatory cells, but the latter also shows a thickened layer of collagen in the colon’s tissue. Both forms share the same symptoms, risk factors and treatment protocols. 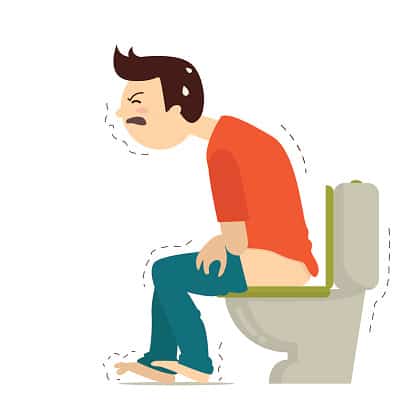 The main symptom of both forms of microscopic colitis is chronic diarrhea that is watery but not bloody.

Other symptoms may include:

What Causes Microscopic Colitis and Who is Most at Risk?

While the cause for both types of microscopic colitis is still unknown, it appears that age, autoimmune diseases and the use of certain drugs will increase your risk of it.

People who suffer with autoimmune disease, like arthritis and celiac disease, have a higher chance of developing symptoms of microscopic colitis.

In fact, those with celiac may have up to 70 times greater risk of microscopic colitis, especially in middle-aged women.

Age is also a risk factor, with 75% of people affected over 50 years old. A history of smoking has also been linked to the condition (1).

There is also a strong association between microscopic colitis and the use of various medications including:

Other drugs like statins, beta blockers and angiotensin receptor blockers may also increase your risk.

Overall, anything that may irritate the colon—a bacterial or virus infection or malabsorption of bile acid—may result in either form of microscopic colitis.

Summary: The main symptom of both forms of microscopic colitis is watery, non-bloody chronic diarrhea. Others may also experience abdominal pain, weight loss and fatigue. Age, autoimmune diseases (like arthritis and celiac disease), smoking and the use of certain drugs will increase your risk of it.

The “What Can I Eat on a FODMAP Diet?” food list

It’s often the first line of die treatment for several types of colitis.

You can download a free printable version here by pressing the blue button below: 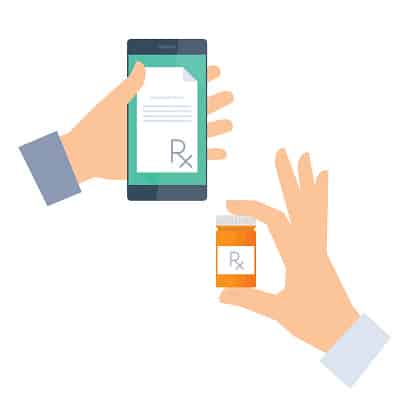 While there is no cure for microscopic colitis, various treatments have been found effective in managing its symptoms.

Treatment is the same for both LC and CC and includes prescription and over-the-counter medications.

Budesonide, a corticosteroid (or steroid hormone), is often cited as one of the most effective treatments. It’s been shown to help control diarrhea and prevent relapses.

However, it does come with side effects including muscle pain, nausea, headache and indigestion. And it’s not the best long-term solution as relapse is more common after withdrawal (2).

One trial found that 85% of patients with LC experienced remission after 6 months on mesalazine (some in combination with cholestyramine, which helps with bile acid malabsorption). Those with CC fared even better, with 91% ending the trial in remission (3).

Over-the-counter antidiarrheals like bismuth subsalicylate (including products such as Pepto-Bismol and Kaopectate) can also help ease symptoms.

In fact, one study found that taking Pepto-Bismol for 8 weeks resolved diarrhea in 100% of those with LC versus 0% of those in the placebo group. That said, the sample size was very small at just 9 participants total (4).

Of course, the medications above often come with side effects, so supplementing with probiotics or an herb like boswellia serrata may be a good option.

As of now, research on probiotics has only focused on very small sample sizes.

One small study found that probiotics (AB – Cap – 10 , a mixture of Lactobacillus acidophilus LA-5 and Bifidobacterium lactis BB-12) taken twice daily for 3 months helped resolve diarrhea in 29% of patients with CC compared to 13% taking a placebo (5).

Another showed that the use of probiotics were effective in those with LC, but not as much in patients with CC (6).

Boswellia serrata extract, one herbal treatment touted for its anti-inflammatory properties, has also been tested in the treatment of microscopic colitis.

One study showed that a 6-week treatment of boswellia serrata resulted in 63% of patients in remission versus 27% in the placebo group.

However, the trial only tested 31 patients; again, larger studies are needed to prove boswellia serrata to be an effective treatment (7).

Other popular anti-inflammatory supplements like curcumin, ginger and omega-3 fatty acids have not yet been studied for microscopic colitis.

Summary: Treatment is the same for both LC and CC. The prescription medication budesonide has proven most effective, while over-the-counter antidiarrheals like Pepto-Bismol can also help ease symptoms. Probiotics and boswellia serrata extract may also resolve diarrhea, though more research is needed.

The above treatments may help relieve microscopic colitis in the short-term, but the most effective way to manage your symptoms is through diet and lifestyle.

Interestingly, dietary factors have not been shown to increase the risk of microscopic colitis, but making significant changes in your diet can help manage it (8).

If we look at being in an acute phase where symptoms are severe, a low-fat and low-fiber diet is often recommended to help relieve diarrhea.

You may also want to eat several smaller meals rather than a few large meals. This approach is much gentler on your digestion.

Because microscopic colitis is more common in patients with celiac disease, it may be wise to remove gluten from your diet to see if that helps relieve any symptoms (9).

Though no research has yet looked into specific dietary patterns and microscopic colitis, a low-FODMAP diet may be worth trying.

It’s low in fiber, almost gluten-free by default, lactose-free, and early evidence has shown it effective for those with other inflammatory bowel diseases.

We strongly suggest following the low FODMAP diet protocol to help with symptom management and to identify what food compounds may be triggering for your symptoms.

What to Eat and Drink

For easier digestion, soft foods that are low in fat and fiber are best, including:

Be sure you’re also drinking plenty of water and replenishing any electrolytes you have lost through diarrhea. Stay hydrated with drinks like:

Certain foods and drinks will only make diarrhea and dehydration worse, such as:

As mentioned above, you may also want to try avoiding gluten, and possibly lactose (found in dairy).

Summary: Eat soft foods that are low in fat and fiber to help relieve diarrhea. Avoid fried, fatty and sugary foods, as well as caffeine and alcohol. You may also want to remove gluten and lactose (dairy) from your diet. Be sure to stay hydrated and replenish any electrolytes you may have lost.

Is Managing Your Microscopic Colitis Possible?

The good news is you can easily manage your microscopic colitis.

And unlike other inflammatory bowel diseases like UC and Crohn’s disease, it does not increase a person’s risk of getting colon cancer.

Either way, its main symptom—chronic watery diarrhea—can be tough to deal with. Both lymphocytic and collagenous colitis share this symptom, as well as risk factors and treatments.

While there is no cure, prescription medications such as budesonide and over-the-counter antidiarrheals like Pepto-Bismol can help ease symptoms.

Overall, the most effective way to manage microscopic colitis is through diet and lifestyle.

Eat foods that are easy on the digestion, including low-fat and low-fiber options. Avoid fried, fatty and sugary foods, as well as caffeine and alcohol.

You may also want to remove gluten and lactose (dairy) from your diet. Always be sure to stay hydrated and replenish any electrolytes you may have lost through diarrhea.

Also, since a number of prescription drugs (including NSAIDs, SSRIs, and PPIs) have been linked to microscopic colitis, you may want to talk to your doctor about alternative medications.

Ultimately, relief from your symptoms is very possible. It just takes a little extra work—but at least that means fewer trips to the toilet.

Would you like more information on how to start a low FODMAP diet for microscopic colitis?

Tap the blue button below to download our “Eat This, Not That” list as well as additional resources for colitis and IBS (it’s free!)