Modafinil is a popular smart drug is which is said to prevent tiredness, increase productivity and boost mental performance.

This review digs into the scientific evidence behind modafinil to see if it’s really all that “smart” for you to take. 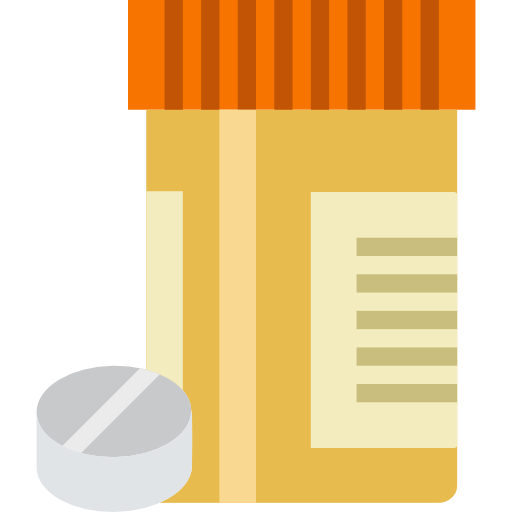 Modafinil is a stimulant commonly prescribed by doctors to control the symptoms of narcolepsy.

Narcolepsy is a brain disorder that causes excessive daytime sleepiness and sleep attacks. Sufferers fall asleep suddenly and without warning at inappropriate times.

The precise mechanism by which modafinil promotes wakefulness is not fully understood, but it’s thought to be due to interactions with neurotransmitters in the brain (1).

In the United States, the FDA has approved modafinil (commonly sold under the brand name Provigil) as a treatment for narcolepsy, and excessive sleepiness caused by obstructive sleep apnea and shift work disorder.

In 2010, the European Medicines Agency conducted a review of the safety and effectiveness of modafinil. They concluded that its benefits outweigh its risks, but only for the treatment of narcolepsy (2).

In most countries, modafinil is available via prescription only. However, it’s easy to purchase online without a prescription.

Summary: Modafinil is a stimulant that promotes wakefulness. It’s medically prescribed to treat sleep disorders such as narcolepsy. In most countries it’s available via prescription only, but you can purchase it online without a prescription. 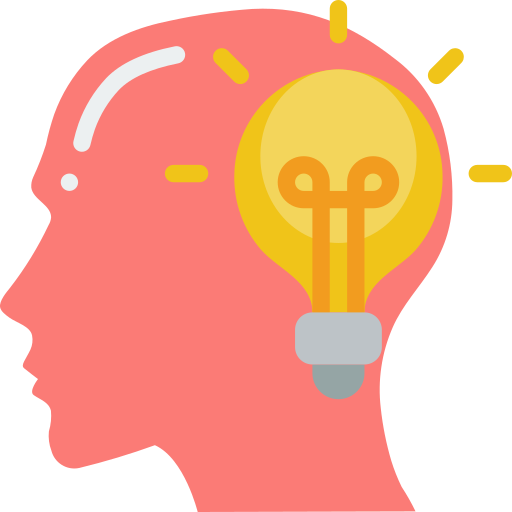 An informal poll by the journal Nature found that 20% of their readers had taken some form of smart drugs.

Of those respondents, 44% reported taking modafinil to improve concentration, focus for a specific task, or to counteract poor sleep or jet lag.

The research available suggests that modafinil is widely used for non-medical purposes among diverse groups of people, including students, academics and surgeons.

It’s been estimated that up to 90% of modafinil used worldwide is by healthy individuals seeking to enhance their cognitive function (3, 4).

Summary: Surveys have found that modafinil is commonly used for non-medical purposes in people seeking to enhance their cognitive function. 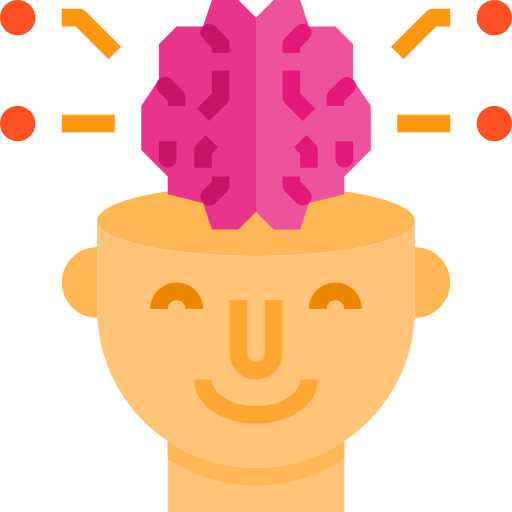 During a 60-hour sleep deprivation period, 300mg of modafinil was given to 33 subjects. Within an hour of ingestion, it resulted in significantly higher alertness levels for up to 12 hours compared with a placebo (5).

Another trial examined its effects during 64 hours of continuous brain tasks and sleep deprivation. Cognitive performance (reaction time, logical reasoning and short-term memory) was significantly better in participants who had been given modafinil.

In this same study, modafinil was most effective at counteracting the debilitating mood and cognitive effects (fatigue and sleepiness) of sleep deprivation compared with another popular stimulant (d-amphetamine, like Adderall) and the placebo (6).

Modafinil may also have cognitive benefits in non-sleep-deprived individuals.

It also produced greater ratings of enjoyment during the task performance. However, modafinil didn’t improve learning or creativity (7).

Further limitations of modafinil have been identified. For example, sleep-deprived subjects in one trial had impaired self-judgment as they overestimated their cognitive performance (9).

Remember that these are single studies using small numbers of participants. We need larger scale systematic reviews and meta-analyses to determine whether or not modafinil is beneficial for cognitive function. 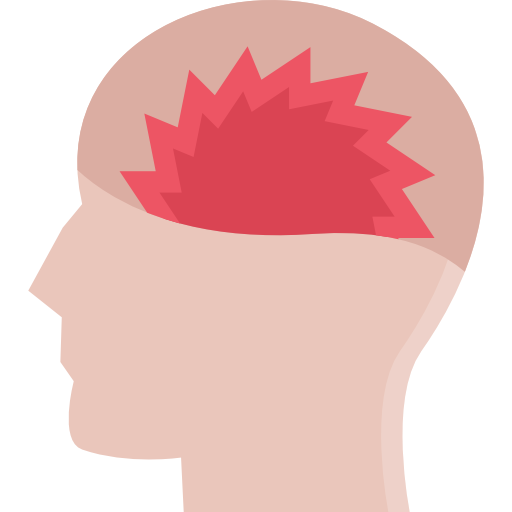 However, individuals may experience some common side effects, including:

Modafinil has also been linked with psychiatric side effects, such as anxiety, depression, confused thinking, hallucinations, psychosis and even suicidal thoughts. Therefore, people who have a history of substance abuse or mental illness are advised against taking it.

Modafinil also interacts with hormonal contraceptives and reduces their effectiveness. This effect can continue for several weeks after discontinuing modafinil. Women taking modafinil should be aware of this and consider alternative birth control methods (14).

Additionally, people who have a history of cardiovascular problems should take caution when using any stimulants.

Keep in mind that you’re also taking a risk when buying substances online since you cannot guarantee the strength, quality and content of what you’re purchasing.

Regardless of whether or not you take modafinil, if you’re not getting enough sleep, long term consequences of sleep disruption can be severe; it has been associated with a number of diseases, including type two diabetes, colorectal cancer and cardiovascular disease (15).

Summary : Modafinil is generally well-tolerated in clinical trials, but you might experience some common side effects such as headaches or nausea. Anyone with cardiovascular problems, mental health issues or a history of substance abuse should avoid modafinil. Women using birth control should also be aware that modafinil reduces its effectiveness. Long term sleep disruption has been associated with a number of diseases including diabetes, cancers, and heart disease.

Modafinil vs. Other “Smart Drugs”

There are other “smart drugs” available with similar effects to modafinil, including adrafinil, armodafinil and adderall.

Adrafinil is a prodrug which, once consumed, is processed by the liver to produce modafinil.

Given that adrafinil is metabolized in the body to produce modafinil, the effects of the two drugs are very similar.

Adrafinil has been shown to improve alertness, attention and memory. However, due to the metabolism process, it can take longer for the effects to be felt. So, this may not be the best smart drug for those looking for a quick solution to sleep deprivation (16).

Laboratoire Lafon, the pharmaceutical company that invented adrafinil, discontinued its production in 2011 due to the availability of modafinil and armodafinil. However, adrafinil is still available to purchase online.

Modafinil is a racemic compound that contains a pair of mirror image chemical structures, also known as enantiomers, called S-modafinil and R-modafinil.

Armodafinil contains the R-modafinil enantiomer, which has a long half-life. While its effects are similar to modafinil, with armodafinil they are felt sooner, last longer and can feel stronger. (17).

In a 12-week randomized controlled trial of individuals with shift work sleep disorder, 150mg of armodafinil was compared to a higher dose of 200mg of modafinil. Both improved sleepiness at comparable levels and displayed similar mild side effects such as headache, nausea and dry mouth (18).

Like modafinil, armodafinil can only be legally obtained by prescription, but is still readily available to purchase online. 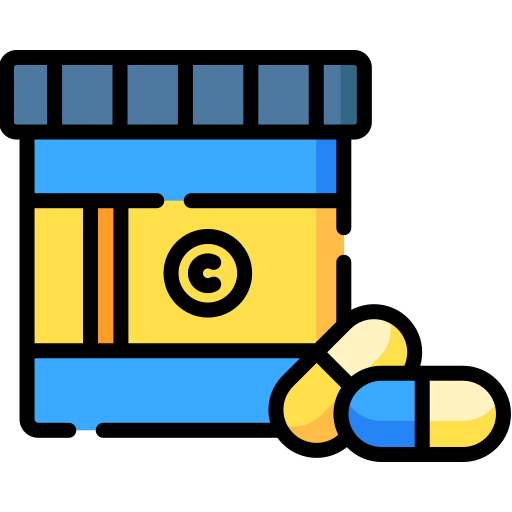 Adderall is an entirely separate drug to modafinil.

It’s also a stimulant, but is a combination of amphetamine and dextroamphetamine.

It’s mainly used to treat ADHD, as well as narcolepsy and other disorders that cause excessive sleepiness.

Its effects are similar to modafinil, but due to its effects on dopamine levels, long-term use can lead to increased tolerance, dependence and even addiction.

Adderall abuse can cause unpleasant symptoms, like tiredness and mental fogginess, when an individual stops taking it.

As with modafinil, Adderall is legally available on prescription only, but is readily available to purchase online.

Summary : Modafinil is similar to several other “smart drugs,” including adrafinil, armodafinil, and Adderall. Their effects differ slightly in onset, duration and intensity. All four drugs can be purchased online.

Is Modafinil Really a “Smart” Drug?

Modafinil is commonly used to treat narcolepsy and other disorders that cause excessive sleepiness. However, healthy individuals have started using it to increase wakefulness and improve focus.

Small-scale scientific studies on modafinil have demonstrated some positive effects on cognitive function in both sleep-deprived and well-rested healthy participants.

In particular, it’s been shown to help improve alertness, attention, memory and mental processing of information.

Modafinil has been well-tolerated in clinical trials when scientists and medical experts have been able to regulate and monitor the dose, amount and purity administered.

However, if you’re purchasing the drug off-prescription from online sources for recreational use, you cannot guarantee the same levels of regulation and safety.

Additionally, modafinil is associated with a number of side effects, ranging from mild to severe.

More research is needed to prove modafinil’s effects on larger numbers of individuals.

In particular, the effects of modafinil in healthy, non-sleep-deprived individuals is unclear, and some studies have shown it can actually have adverse effects on cognitive function, creativity and self judgement.

Additionally, modafinil is contraindicated in people with certain health conditions, and if you take a contraceptive pill it could interfere with that too.

For some people, it may provide a quick-fix brain boost but it doesn’t work for everyone.

Plus, we don’t know if it will be effective for all users because we don’t have any large studies.

For the people who it doesn’t work well for, simply getting enough sleep could be the best solution.

No drug is a suitable replacement for adequate rest and sleep. Adults should aim for 7 to 9 hours of sleep each night.

Even short-term sleep deprivation has been associated with impaired cognitive function, including reduced alertness and decision-making abilities.

Remember that no supplement or drug will solve your underlying sleep issues and you shouldn’t underestimate the power of a good night’s sleep.