Forskolin has been touted as “lightning in a bottle” and a “miracle flower” for weight loss.

But does it really live up to the hype?

This is a sales-free review of forskolin and whether it could help you lose weight. 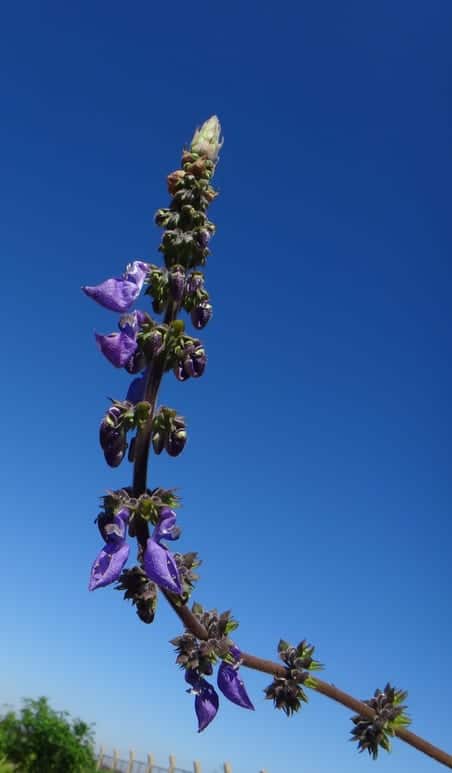 Forskolin is a compound found in Coleus forskohlii, a tropical plant in the mint family.

The plant is native to India, and grows wild in many countries in Southeast Asia (1).

It’s been used since ancient times to treat asthma, bronchitis, constipation, heart problems and other conditions (2, 3).

However, it became much more well-known in 2014 after Dr. Oz praised it as a “miracle” weight loss pill.

Summary: Forskolin is a compound found in the tropical plant Coleus forskohlii, a member of the mint family. It’s been used since ancient times to treat various ailments, and is now marketed and sold as a weight loss pill.

How Is Forskolin Supposed to Work?

Forskolin has been studied as a potential weight loss supplement because of the way it affects fat cells.

Since forskolin causes the breakdown of fat cells in a lab, it’s believed to do the same in humans. That still remains unproven, however.

Summary: Lab studies show that forskolin causes breakdown of fat tissue. It’s still unknown whether it has the same effect in the human body.

Does Forskolin Cause Weight Loss? 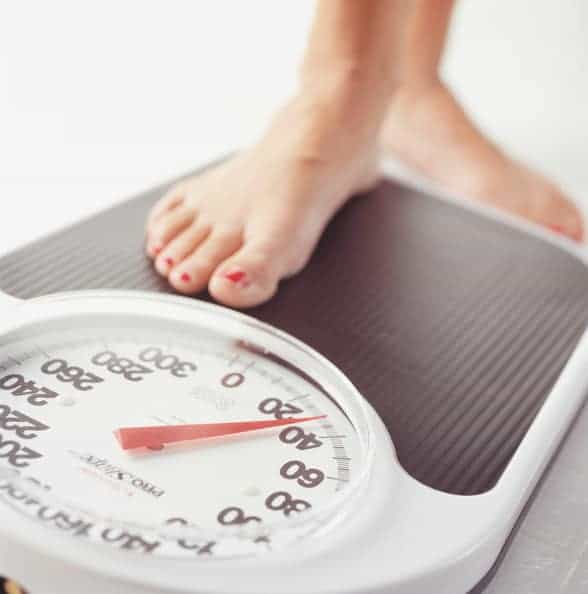 Even if forskolin does cause fat tissue to breakdown, that doesn’t necessarily mean it will result in weight loss.

Only two small studies have looked at whether forskolin causes weight loss in humans.

In a clinical trial of 15 obese men, one group was given 500 mg of 10% forskolin extract each day.

After 12 weeks, the body fat percentages of the men taking forskolin decreased significantly – from an average of 35% to 31% – compared to those given a placebo (5).

At the same time, lean body mass in men taking forskolin increased by about 5%.

However, while fat mass declined and lean body mass increased, total body weight did not change.

The other study found no effect on weight or body fat in 19 overweight women using the same dosage of forskolin (6).

Summary: Very little research has been done on forskolin and weight loss. One small study found it decreased body fat and increased lean body mass in men, but with no overall weight change. Another study on women found no effect on weight or body composition. 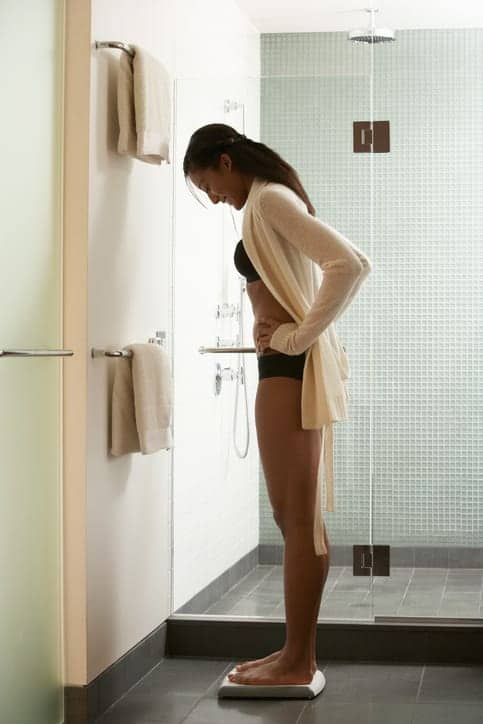 Even though forskolin does not seem to cause weight loss, it may prevent weight gain.

In the second study cited above, overweight women who took forskolin gained less weight over the course of 12 weeks than those given a placebo.

However, the differences were small,.

A study in rats also suggested that forskolin may prevent weight gain.

Researchers purposefully overfed rats so they would gain weight. The rats were divided into two groups – one received forskolin extract during the overfeeding period, the other did not.

Those that received forskolin gained significantly less weight than the other group – about 75% less. In addition, they ate less food and their cholesterol levels improved significantly (7).

While these two studies show promising results, much more research is needed to determine if forskolin extract can prevent weight gain in humans.

Summary: Two small studies have found that forskolin may help prevent weight gain. Much more research is needed to confirm this effect on humans.

Forskolin Side Effects and Safety

It’s not known whether taking forskolin is safe, because it’s been studied so little.

Does Forskolin Have Side Effects? 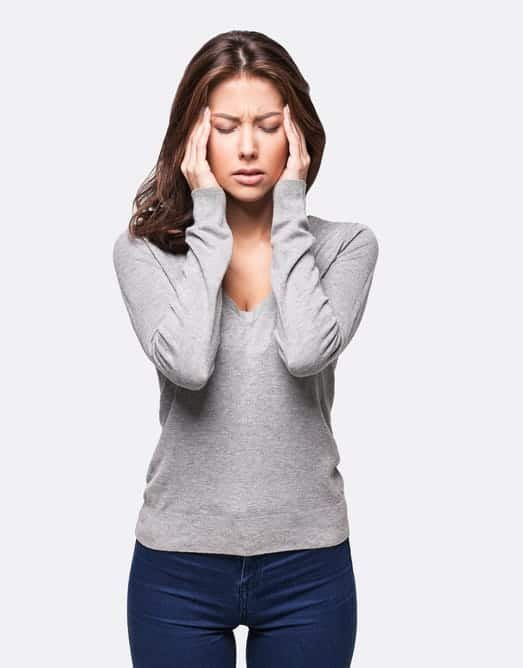 Some negative reactions to forskolin have been reported, including:

One study also reported that forskolin supplements can cause an increase in stomach acid (10).

The two studies of forskolin and weight in humans did not find any negative health consequences. Cholesterol, insulin and blood pressure levels were not affected, and no significant side effects were reported (6).

In those studies, 100-250 ml of a 10% forskolin extract was used twice a day for 12 weeks. The effects of using a higher dosage or using it for a longer time are unknown.

Is There Anyone Who Should Not Use Forskolin? 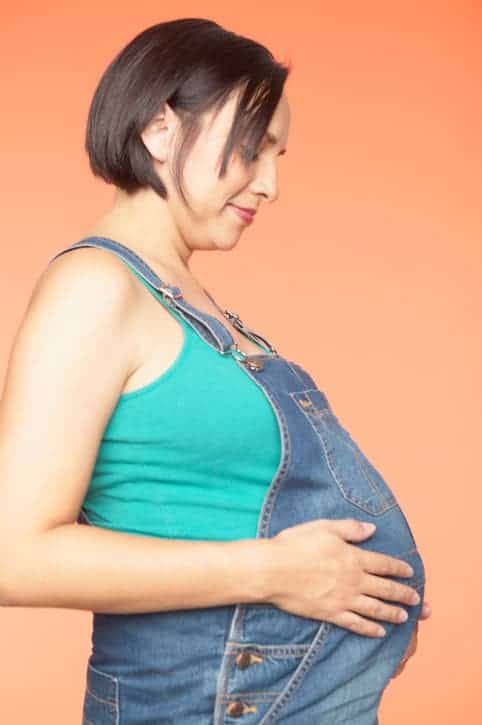 There are no strict guidelines regarding who should avoid forskolin.

However, forskolin is known to cause certain physiological changes such as lowering blood pressure and increasing stomach acid.

Therefore, it’s wise to avoid forskolin if you have any of the following conditions:

Summary: Some mild side effects have been reported, but forskolin appears to be safe for most people at the typical recommended dose (250 mg/day of 10-20% forskolin extract). People who are pregnant or nursing, or have irregular or rapid heartbeats, ulcers, low blood pressure or bleeding disorders should avoid forskolin.

Does Forskolin Have Other Health Benefits? 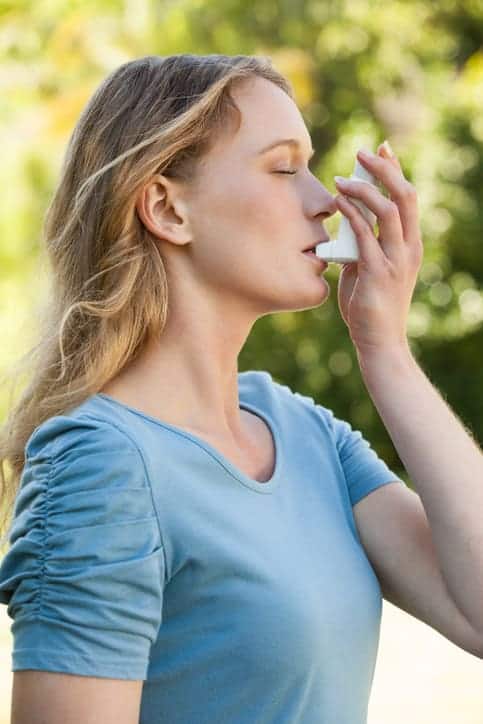 While it may not cause weight loss, forskolin may have other health benefits.

Forskolin has long been used in traditional medicine to treat blood pressure (2).

In one study of older adults with high blood pressure, 75% of those who took forskolin supplements saw their blood pressure drop (13).

Meanwhile, a study in rats reported that forskolin improved blood sugar levels, but no studies have looked at this effect in humans (14).

While research to date is far from conclusive, scientists have found potential benefits from forskolin for people with other health conditions, including:

Summary: Forskolin may potentially benefit conditions including high blood pressure, high blood sugar, Alzheimer’s, asthma, cancer and glaucoma. However, there have been few clinical trials and research is far from conclusive.

There are many forms of forksolin supplements on the market.

Beware of disreputable companies that may be selling a false version of forkskolin extract containing unwanted ingredients. Choose a product that is listed as pure forskolin from a trusted company.

Here are what customers are saying about some of the best-selling forskolin supplements available on Amazon.

60 capsules at 500 mg per dose of coleus forskoli root extract with 20% standardized forskolin.

This is one of the highest rated forksolin supplements on Amazon, with 56% of the nearly 1,000 reviews ranked at 5 stars. Many reviewers reported significant weight loss, decreased appetite and increased energy at a quick rate with no or limited side effects.

A few customers found that their cravings came back after going off the supplement.  Others saw no change in weight or health, and some experienced nausea, bloating, anxiety and dizziness.

Half of the nearly 1,300 reviews are 5 stars. Some people claimed to have achieved significant weight loss, even within the first one to two weeks of taking. Other positive effects reported include: normalized bowel movements, decreased appetite and increased energy. Many reported weight loss alongside diet and/or exercise (not just from the pill itself).

Some people saw no change in weight or overall health. Others experienced side effects like diarrhea, bloating, gas, and constipation. A few noted its contraindication with their blood pressure medication.

Half of the nearly 1,200 reviews are 5 stars. This product claims to offer the highest potency of pure forskolin extract on the market. One customer reported a loss of over 10 pounds in just one month without any change in diet or exercise. Some have found that it helps reduce sugar cravings, blood pressure and even bodily pains.

Others saw no effect. One reviewer was disappointed to see magnesium stearate as an additive (which was not listed online). A few experienced side effects like dizziness, bloating and gastrointestinal discomfort.

Summary: The top-rated forskolin supplements on Amazon typically get 5 stars from about half of the reviewers, many who claim noticeable weight loss and decreased cravings, at least in the short-term. Most other customers report no change in weight and/or disruptive side effects.

Forskolin Review: Should You Use It?

There’s no evidence that forskolin supplements help with weight loss.

One small study showed that it decreased body fat percentage in men but had no effect on their overall weight. Another study found no effect on weight or body fat in a small group of women.

A couple very small studies indicated that forskolin might help prevent weight gain, but this is far from proven.

Considering it costs as much as $40 (USD) for a one-month supply (60 capsules), that money is better spent on fresh fruits and vegetables and fish that you’d normally consider too expensive to buy.

Forskolin appears to be safe for most people, but should be avoided if you are pregnant or nursing, or have irregular or rapid heartbeats, stomach ulcers, low blood pressure or a bleeding disorder.

Some suggest it may benefit other health conditions such as glaucoma and asthma to a small extent, but nothing has been proven in clinical trials.

Similar to other weight loss supplements such as Leptigen, Forskolin is not a magic pill. The best way to lose weight is to find an eating pattern you can stick to and exercise regularly.