SuperBeets is an all-natural supplement that is said to pack the power of three whole beets into a one teaspoon serving.

This may seem a promising premise given beets’ reputation as a detoxifying and heart healthy superfood, but is it worth the extra cost?

This article explores what SuperBeets is, the research behind it, and if it’s a supplement you should consider trying. 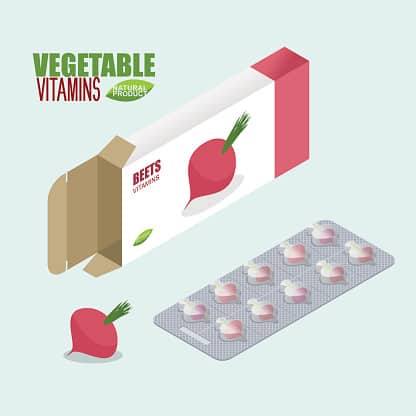 SuperBeets is a powdered supplement made from non-GMO, US-grown beets.

The beets are dehydrated into crystals using a low-heat process to preserve all of the vegetables’ nutrients.

Beets contain high levels of dietary nitrates, which your body converts into nitric oxide. I’ll discuss more on what nitric oxide is and its role in the body below.

HumanN, the company behind SuperBeets, believes this is the key to allowing humans to “reach their full potential”.

They claim that one daily serving of SuperBeets will: 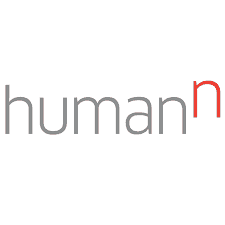 HumanN created and produces SuperBeets along with other “nitric oxide-based” dietary supplements.

They claim that their supplements are “backed by 15 years of research at the University of Texas”, where Ivy was the Chair of the Department of Kinesiology and Health Education for several years.

They also conduct their own clinical trials on their products.

Summary: SuperBeets is a powdered supplement made from beets that are dehydrated into crystals. It was created by the company HumanN, who claims it provides high levels of dietary nitrates and comes with health benefits like improved circulation, blood pressure and energy levels. 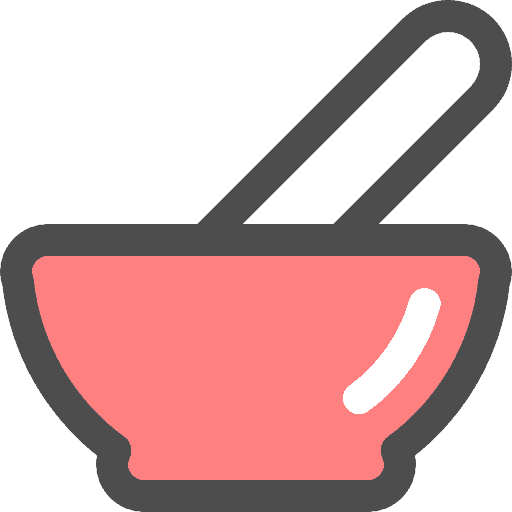 SuperBeets is made up of mostly non-organic beetroot powder.

The company claims that a 1 teaspoon serving of SuperBeets contains as much nitric oxide as three beets, but this number is not confirmed.

The reason they use non-organic beets is because organically grown vegetables can vary too much in their nitrate content.

One serving contains 15 calories and a notable amount of vitamin C (roughly 83% of the daily value).

The company also has a SuperBeets Energy Plus product that includes green tea extract.

Where to Buy Superbeets

SuperBeets are available on the HumanN website, Amazon, and at Whole Foods and Fresh Thyme Farmers Market.

The website includes discounts for larger orders and also offers a 90-day money back guarantee.

Summary: SuperBeets is mostly made up of non-organic beetroot powder, along with natural apple (or black cherry) flavor, malic acid (as a natural preservative), magnesium ascorbate, and stevia. You can purchase it on the HumanN website, Amazon or at Whole Foods or Fresh Thyme Farmers Market.

SuperBeets’ main claim is that it provides a potent amount of dietary nitrates, which can increase nitric oxide in the body.

What is Nitric Oxide? 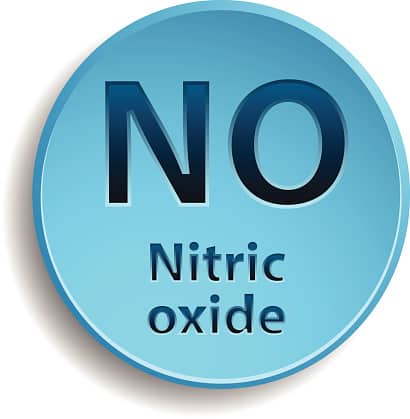 Nitric oxide is made in nearly every cell in the human body and is essential for the nervous, immune and cardiovascular systems.

It’s especially important for blood vessel health. It’s a vasodilator, meaning it relaxes the muscles of the blood vessels.

As such, it can help decrease blood pressure and improve circulation, while helping move nutrients and oxygen through the body.

It’s possible to increase nitric oxide levels naturally by eating these ten foods which are high in nitrates, increase bio availability or help preserve levels of nitric oxide in the body. Nitrates in food (such as beetroot, celery, lettuce, spinach and arugula) are converted to nitric oxide when eaten. Increasing nitric oxide levels is the main theory behind SuperBeets.

(Note: These types of nitrates are not to be confused with their synthetic versions, which are often added to processed foods and meats.)

What Does the Science Say?

Only one study has been done on SuperBeets and it was funded by the company that makes it, HumanN.

The small study of 13 adults found that after four weeks, those supplementing with SuperBeets experienced a reduction in systolic blood pressure (1).

Since no other studies have been done on the supplement itself, the best we can do is look at other research done on beetroots and beetroot juice.

There is strong evidence that drinking beetroot juice can promote normal blood pressure. In fact, it can significantly lower systolic blood pressure within just hours of drinking it (2, 3).

One recent study concluded that the blood-pressure-lowering and anti-thrombotic (anti-blood clotting) effects of consuming beetroot juice could accumulate over time, thus reducing the long-term risk of hypertension and cardiovascular disease (4).

The manufacturer of SuperBeets also claims it can boost energy and stamina. This does seem to be the case when it comes to beet juice and exercise.

Aside from nitrates, beets also contain antioxidant-rich pigments called betalains, which may reduce oxidative stress and help lower your risk of heart disease (8).

Overall, there has been no peer-reviewed studies looking at SuperBeets itself, but the supplement may offer similar benefits of those found in beet juice.

That said, the amount of both nitrates and betalains in SuperBeets is unknown. 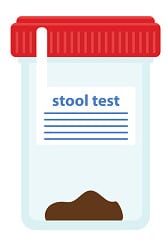 HumanN reports no side effects other than a pink or reddish color that may appear in your urine or stool.

This is a normal reaction, known as beeturia, that also comes with eating beets.

There are some longer term side effects from eating too many beets, which could extend to supplementing with SuperBeets.

Beets often have high levels of oxalates, which have been shown to cause kidney stones and affect the absorption of certain nutrients like calcium (9).

If you’re susceptible to kidney stones, you should talk to your doctor before trying SuperBeets.

Beets also contain FODMAPs, so you may want to avoid taking SuperBeets while on a low-FODMAP diet.

Summary: SuperBeets is said to increase nitric oxide in the body, which can decrease blood pressure and improve circulation. However, only one study has been done on the supplement—by the manufacturer itself. In general, consuming beets and beetroot juice has shown to lower blood pressure and boost energy and stamina, and it’s possible SuperBeets could do the same. 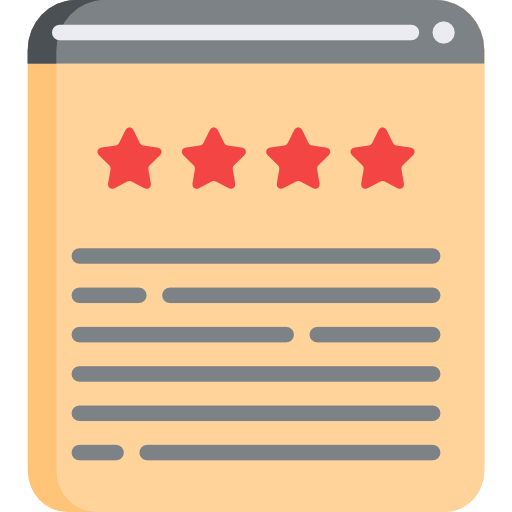 Aside from HumanN’s website, which boasts an average of 4.7 out of 5 stars, SuperBeets receives fairly mixed reviews from customers.

It’s hard to come by any negative commentary on the HumanN website, though we did find some. One complained of a not-so-pleasant taste, another was frustrated by seeing no results.

Positive reviews of SuperBeets mention a quick and noticeable boost in energy, reduced blood pressure, improved sleep, decreased swelling of the limbs and increased circulation. Here are some examples:

Negative reviews mostly complain of the price, the bad taste, lack of any results or insufficient information about what is exactly in the product. Here are some examples:

Summary: SuperBeets receives fairly mixed reviews from customers online. Most positive reviews report a noticeable boost in energy and some have experienced a minor decrease in blood pressure levels. Negative reviews complain of the price, the bad taste, and lack of results.

Is SuperBeets a Scam?

SuperBeets is a beetroot powder supplement with quite a big price tag.

It’s hard to know how this product differs from any other beetroot-based supplement that comes at a fraction of the price.

While the company states that one serving is the equivalent to three beets, there is no evidence or exact numbers to support this claim. Overall, the amount of nitrates—the main component necessary to increase nitric oxide levels—is unknown.

There’s also a lack of research that’s been done on SuperBeets, aside from a study done by HumanN, the company who makes it. This is a running theme with other dubious supplements like Vital Reds and Plexus products.

In general, consuming beets can be highly beneficial to your health and has been shown to reduce blood pressure, increase blood flow and enhance athletic performance. With this in mind, SuperBeets does have the potential to do the same.

However, at $39.95 (plus $8.95 for shipping) for a 30-day supply, it may not be worth the money. The company also highly recommends you take it daily and continuously.

This means if you stop taking it, you will no longer reap any of its purported benefits. In fact, some reviewers commented on this happening nearly immediately after stopping the supplement.

But the good news is you don’t necessarily need a supplement to see an increase in nitric oxide. You can easily get your daily dose of nitrates by simply eating vegetables rich in them—and, thankfully, that means more than just beets.