The 3-Day Military Diet has been a popular weight loss diet for many years.

This diet website claims that the plan is “one of the best diets out there for fast weight loss without supplements or pills”.

So, does The 3-Day Military Diet deliver on those promises? Let’s take a look.

What is the 3-Day Military Diet? 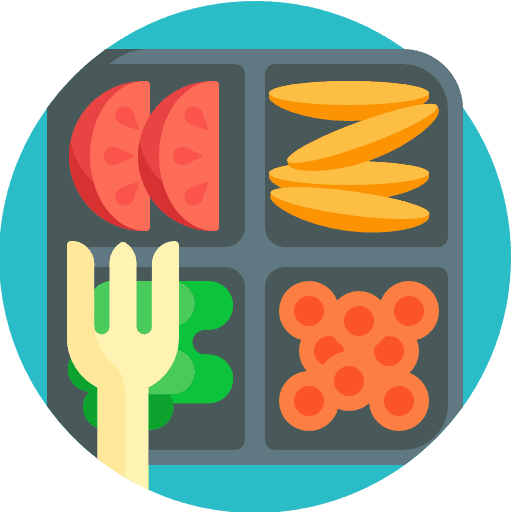 The 3-Day Military Diet is a calorie-restricted weight loss plan.

For four days per week, there are no strict food rules, though their website recommends sticking to 1,500 calories or fewer per day for more rapid weight loss.

The name is somewhat misleading since the diet has no official relationship with the military.

According to the Military Diet website, the name is inspired by the discipline required to follow the regimen.

Summary: The 3-Day Military Diet is a calorie-restricted meal plan that suggests 1,500 calories or fewer for four days per week, and a lower calorie intake the other three days. Regardless of the name, It has no official ties to the military. 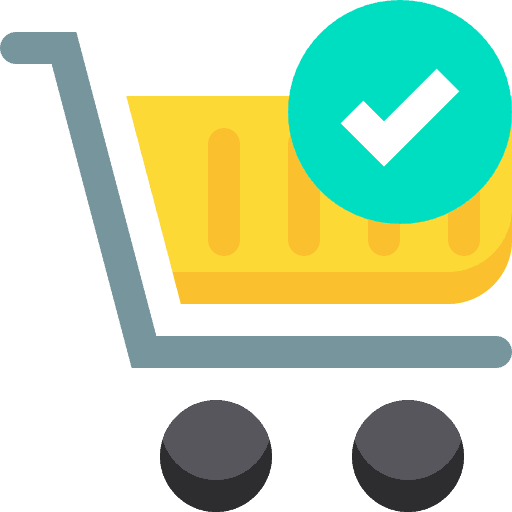 The standard 3-day meal plan allows for only 17 different foods, including: 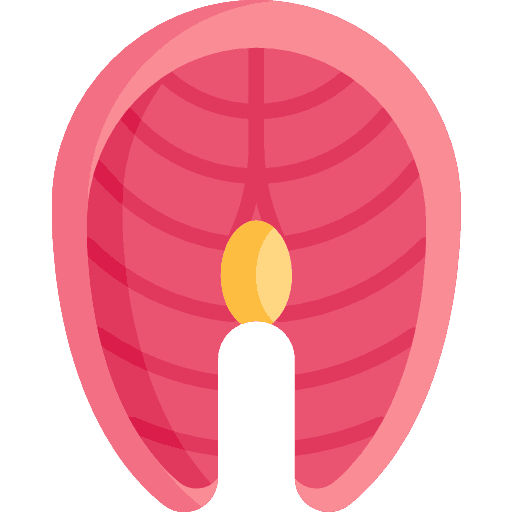 The Military Diet is based on a specific meal plan that should be followed just 3 days per week.

The diet’s website also offers vegetarian and vegan versions of its standard meal plan.  Snacking is off-limits, as are artificial sweeteners.

This is how your 3 days will look:

Assuming a daily intake of 1,500 calories on the 4 “off” days, this meal plan averages an estimated 1,317 daily calories over one week.

Summary: The Military Diet includes a specific meal plan that averages an estimated 1,074 calories per day over three days. Assuming an intake of 1,500 calories per day on the “off” days, the average over a week would be 1,317 calories per day. Snacking is forbidden, as are artificial sweeteners. 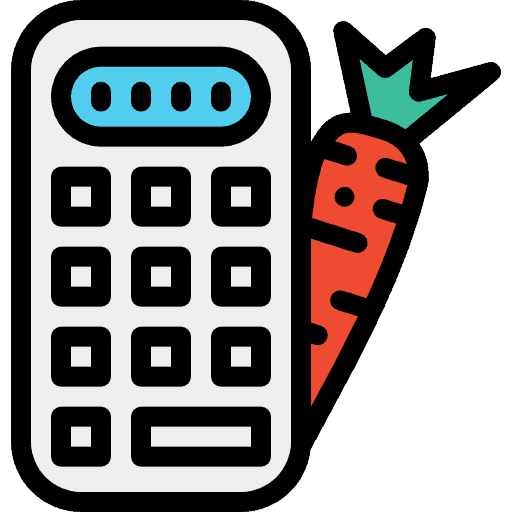 The Military Diet menu is fairly limited, at least for 3 days per week.

Substitutions are permitted for variety, or to accommodate dietary restrictions. The site provides suggested substitutions for each food on the plan. However, these swaps are based on calories.

For example, let’s say you wanted to substitute salmon for two hot dogs. An average hot dog has about 175 calories, so you’d need to eat about 350 calories worth of fish (roughly 6 ounces).

There’s one specific swap for those who can’t eat grapefruit. The preferred substitution is ½ teaspoon of baking soda, dissolved in a glass of water.

Summary: While the 3-day meal plan is specific, it does allow for substitutions for variety or to accommodate dietary restrictions. If you’d like to substitute a food for one on the plan, you’d need to determine its calorie equivalent. The exception is grapefruit, which should be replaced with ½ teaspoon of baking soda in water.

Does the 3-Day Military Diet Work? 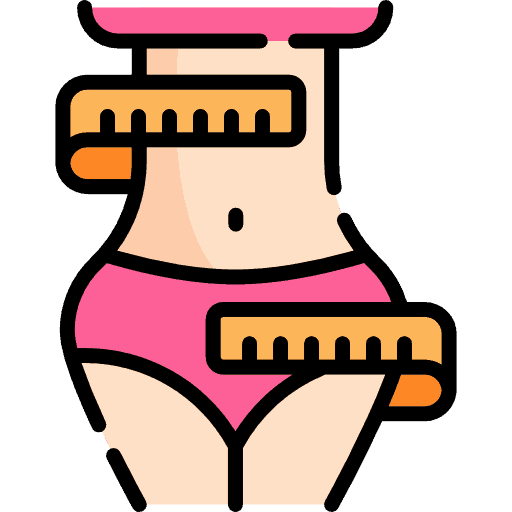 The Military Diet website promises rapid weight loss of up to 10 pounds per week, or up to 30 pounds per month.

There’s nothing magical about it—it’s simply a calorie-controlled diet.

The proof is in the instructions for substituting menu items: “When you’re making substitutions, worry about calories, not size. Make sure whatever you substitute has the same amount of calories as what you’re eliminating.”

In fact, some of the substitutions are quite different nutritionally from the standard plan—aside from calories. For example, the suggested substitutions for one egg include, “one cup of milk, one chicken wing, 1/4 cup of seeds or nuts, or 2 slices of bacon. 1/2 cup baked beans for vegetarians and vegans.”

Despite working primarily via calorie restriction, the site makes some bold claims about how the diet works. Let’s take a look at some of them.

Is the Military Diet a Form of Intermittent Fasting?

Intermittent fasting is a diet approach that limits eating within specific time windows.

The Military Diet isn’t commonly recognized as a form of intermittent fasting, but it shares similarities with certain fasting protocols.

Like 5:2 and alternate day intermittent fasting, the Military Diet has higher calorie and lower calorie days.

However, the diet’s three-day meal plan is higher in calories than common intermittent fasting protocols. In fact, 5:2 and alternate day fasting limit calories to as little as 500-600 per day on fasting days.

And while it’s not mandatory, the Military Diet suggests 1,500 calories per day on the four “off” days, whereas, alternate day and 5:2 fasting don’t restrict calories on non-fasting days.

In short, the Military Diet isn’t widely considered to be a form of intermittent fasting, though it shares some similarities.

Does the Military Diet Lower IGF-1?

It’s been linked with a number of health conditions, including diabetes and cancer.

Drawing from selected studies about intermittent fasting, the Military Diet website argues that the plan lowers IGF-1, and that “lower levels are a good thing”. There are a few problems with these claims.

First of all, not a single study has been conducted on the Military Diet. There’s no evidence that it lowers IGF-1, or that it has any particular health benefit.

The website also claims that, by lowering IGF-1, the diet reduces diabetes risk, increases longevity, and “turns the body into a fat burning machine”. Most of these claims are based on shaky logic.

Like any diet that results in weight loss, the Military Diet could lower the risk of type 2 diabetes. However, the relationship between IGF-1 and diabetes risk isn’t fully understood.

As for the claims about longevity, studies have found that lower (not higher) levels of IGF-1  increase risk of frailty in older adults. Observational studies have also linked lower IGF-1 levels to a higher body mass index (BMI) (4, 5).

These points about IGF-1 aren’t to say that the diet won’t cause weight loss. Still, the site makes some questionable scientific claims without strong evidence, which raises questions about its credibility.

Does the Military Diet Include Fat-Burning Foods?

According to the Military Diet website: “Most of the staple foods on the Military Diet like eggs, lean meat, beans, peanut butter, and grapefruit are all well known and widely recognized as fat burning foods”.

This is partially true, as certain foods on the Military Diet have been shown to burn fat:

Other foods included in the diet may help with weight loss, but not because they burn fat.

In fact, studies have found that the foods we eat have little impact on the body’s acid-base balance. And even if they did, the diet includes several foods that are acidic anyway (12).

That’s not to say you shouldn’t eat grapefruit, which helps promote fullness due to its high fiber and water content. One small study found that eating half a grapefruit before meals helped with weight loss, but so can drinking plain water (13).

You also have to keep in mind that grapefruit must be avoided if you’re taking certain medications, such as cholesterol or anti-anxiety drugs.

While dairy calcium has several health benefits, it’s not clear whether fat loss is one of them. Some studies have linked higher dairy calcium intake with greater fat loss, while others have shown no significant effect on body composition (16, 17).

Either way, calcium-rich foods should be a part of any weight loss diet, but there are certainly more nutritious choices than vanilla ice cream.

Not a single day on the plan meets the daily recommendation for vegetables. In fact, the third day includes zero servings of veggies.

Summary: The Military Diet website claims that the diet includes fat-burning foods and can lower IGF-1 through the same mechanisms as intermittent fasting. However, there’s no strong evidence that either the diet or intermittent fasting lowers IGF-1, or that lower IGF-1 is even desirable. And while a couple of foods on the Military Diet have been shown to modestly boost metabolism, there’s no evidence that the foods on the plan directly burn fat.

Are There Any Risks Involved with The Military Diet? 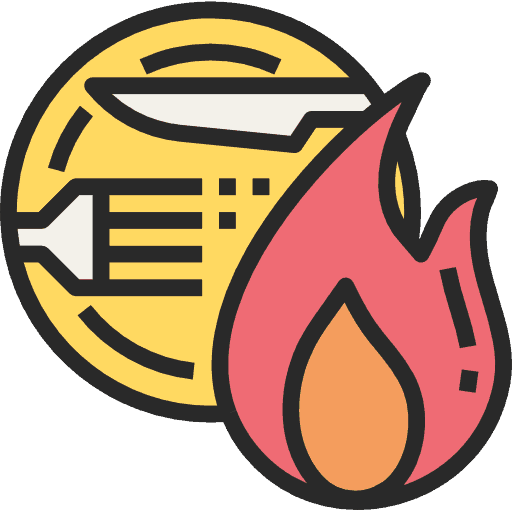 The Military Diet may help some people lose weight, but there are far better approaches.

For one, the calorie recommendations are too broad.

Smaller and less active people may not lose weight on this plan if it’s too close to their maintenance calorie needs.

Larger and more active people need more than 1,000 to 1,500 calories per day for health and weight loss. Long-term adherence to The Military Diet may place these people at risk for nutritional deficiencies.

Beyond calories, the diet quality is poor. More than 40% of the calories on day 2 come from hot dogs and vanilla ice cream—foods with very little nutritional value. The three-day plan is also low in fiber and high in sodium. This alone should raise some red flags.

Even those who do well during the diet may struggle afterward. Studies have shown that those on restrictive diets usually gain the weight back. Many people would benefit from a more moderate approach that you can stick with for the long term (18, 19).

Aside from diet quality, the website is confusing and even contradictory in places. What does it mean when the meal plan calls for meat or cottage cheese? There’s a big difference, calorie-wise, between ribeye and tilapia.

The diet also prohibits artificial sweeteners but allows for Sugar Free Red Bull, which contains aspartame and acesulfame K. These are all factors that could influence success.

Finally, there’s no information on the official website or elsewhere about who created the meal plan. Is this person qualified to offer health and nutrition advice?

Overall, you’d be better off creating your own low-calorie menus with your favorite whole grains, fruits, vegetables and lean (non-processed) proteins. A registered dietitian can also help you put together a plan that will work for you.

Summary: The Military Diet is based on completely arbitrary calorie prescriptions and is not a nutritionally balanced diet. The website is confusing and even contradictory on some points, and there’s no information about the credentials of the person who created the diet. Those interested in low-calorie diets should build their own well-balanced plans or see a registered dietitian for help.

Is the Military Diet Worth Trying?

The Military Diet prescribes a low-calorie meal plan meant to be followed three days per week.

There’s no specific meal plan for the remaining four days, though the diet’s website recommends 1,500 calories or fewer daily for rapid weight loss.

The plan can be followed for one or more weeks until your goal weight is reached.

The site claims that the diet works by lowering a hormone called IGF-1 and includes foods that burn fat.

While the diet includes small amounts of some foods that modestly boost metabolism, the rest of these claims are unproven.

Any weight loss that occurs on the diet is simply because it is low in calories.

Furthermore, the diet isn’t particularly nutritious. More than 40% of calories on one day come from hot dogs and ice cream.

Another day includes no vegetables. Overall, the plan is low in fiber, but high in sodium.

The Military Diet is likely not a plan most people would stick to.

Instead, if you’re seeking to lose weight, you’d be better off creating or following low-calorie meal plans with whole grains, fruits, vegetables and lean proteins.

For example, The CICO Diet which results in weight loss simply by calculating calories in versus calories out and does not restrict any certain foods.