Coffee is one of the world’s most popular drinks.

Taste and social value aside, it’s generally considered a health food and is linked to numerous metabolic health benefits.

However, there is a lot of confusion around its impact on blood pressure.

This article digs through the current research to clarify any confusion.

Caffeine has an immediate, short-term impact on blood pressure 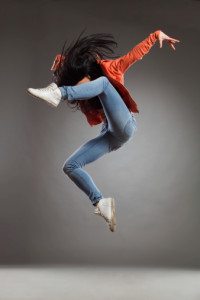 Coffee is the most popular hot beverage in the Americas, Australia and most of Europe.

As coffee beans contain caffeine, that makes coffee our biggest source of caffeine.

Caffeine is a psychoactive drug that stimulates the release of certain hormones in the brain (1). This is why coffee gives us an energy “kick”.

Caffeine also gives a “kick” to our blood pressure, and is actually a well-documented pressor (substance that elevates blood pressure). Increases tend to be mild, in the range of 5 to 10 mmHg. That’s regardless of how often you drink coffee or your caffeine tolerance, although there are always rare exceptions (2).

Coffee is sounding pretty grim right now, but caffeine only appears to elevate blood pressure for about 3 hours before the effect subsides (5).

So what does this mean for our health in the long run?

Summary: Drinking coffee immediately increases blood pressure, regardless of your caffeine tolerance. The effect typically only lasts for a maximum of 3 hours though. 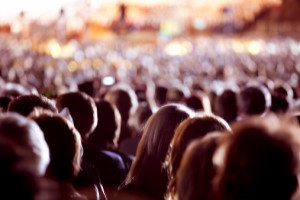 Consistently high blood pressure is a huge risk factor for heart problems. That’s why we’re concerned about it in the first place.

Major dietary factors linked to high blood pressure and heart disease, such as excessive alcohol intake, typically contribute to stiffness of the blood vessels. This is the mechanism by which they raise the risk of heart disease.

Regular coffee consumption, however, was observed to have no such harmful influence on blood vessels (6).

This is thought to be because its pressor effects are too short-lived (about 3 hours) to do any lasting damage to the walls of our blood vessels.

The majority of large observational studies not only support this theory, but actually find coffee consumption linked to improved cardiovascular (heart) health.

In a review that included over 1.2 million subjects, 3 to 5 coffees per day was associated with significantly lower heart disease risk, while even heavier coffee consumption appeared to be neutral (7).

Other large reviews consistently find the same trend, suggesting coffee might be protective (8, 9).

While these studies cannot prove cause and effect, if the blood pressure raising effect of coffee was harmful, we wouldn’t expect to find coffee drinkers with better cardiovascular health than non-drinkers.

There is one huge caveat to this reasoning though…

Summary: As caffeine only raises blood pressure for 3 hours, it does not appear to do any lasting harm to the blood vessels. In fact, observational studies consistently find that coffee consumption is neutral for cardiovascular health, if not protective.

Your genes play a huge part in your risk 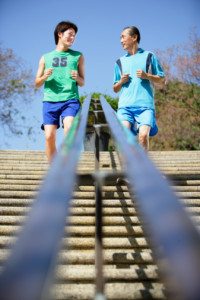 Based on those studies alone, it appears you’re in the clear to indulge every day…

But it’s not that straight forward.

Not all the large observational studies found that regular coffee consumption is harmless.  A possible reason for the inconsistent findings is that the population varies in underlying responses to caffeine.

How well we metabolise and tolerate caffeine is determined by our genes.

Depending on your genes, you may be a “fast” caffeine metaboliser or a “slow” one. This greatly influences how your blood pressure responds to coffee, as well as your heart disease risk (11, 12, 13).

Sadly, I’m a super “slow” caffeine metaboliser, which is why I drink decaf.

Therefore, although caffeine only raises blood pressure short-term, those who are “slow” caffeine metabolisers and consume large amounts of coffee (3 or more per day) are probably at greater risk of negative cardiovascular health consequences.

In other words, if you are sensitive to caffeine and already have high blood pressure, it would be in your best interest to minimise intake or drink decaf where possible.

Summary: How well we metabolise and tolerate caffeine is determined by our genes. It appears “fast” caffeine metabolisers are in the clear, but “slow” metabolisers are at a far greater risk of negative blood pressure changes and associated heart disease.

How much coffee is too much? 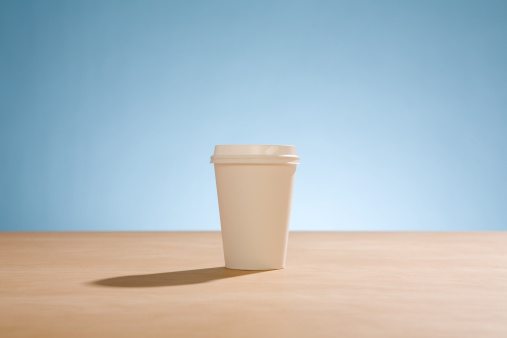 As a guideline for the average healthy adult, 400 mg of caffeine (roughly 3-4 standard coffees per day) is considered safe (14).

Consuming larger quantities in a day can lead to undesirable side-effects such as anxiety, tremors, heart palpitations and insomnia… Especially if you have existing high blood pressure.

However, the severity of these side-effects also depends on your personal caffeine tolerance. Coffee connoisseurs tend to develop a high threshold.

So on an individual level, your true coffee limit actually depends on your genetics, your personal caffeine tolerance, and any existing medical conditions that react with caffeine. Observe how your body responds to caffeine (or take a genetic test to know for sure), including a blood pressure reading after you have a cup.

Also be mindful that coffee can vary considerably in its caffeine content. Instant and home-brewed coffee usually contains 60-80 mg per small cup, while a Starbucks grande can have up to 300 mg.

Summary: As a general guideline, more than 3-4 standard coffees per day may cause unwanted side-effects. But your true limit depends on your genetics, your personal caffeine tolerance, and any existing medical conditions. We must consider these factors and observe how our body reacts.

To sum it up… Does coffee raise blood pressure?

Studies show that coffee increases blood pressure for up to 3 hours (because of the caffeine), after which it returns back down.

As the effects are so short-lived, for the general population regular coffee consumption does not raise your blood pressure long-term, nor does it appear to increase your risk of cardiovascular health problems.

However, there is a large caveat.

Our individual tolerance of caffeine (and coffee) is largely determined by our genes. “Slow” caffeine metabolisers have much greater spikes in blood pressure after a coffee, and are far more at risk for negative cardiovascular consequences as a result.

If you suspect you are a “slow” (poor) caffeine metaboliser, and you have existing high blood pressure, I recommend limiting yourself to one coffee per day. Better yet, switch to decaf. 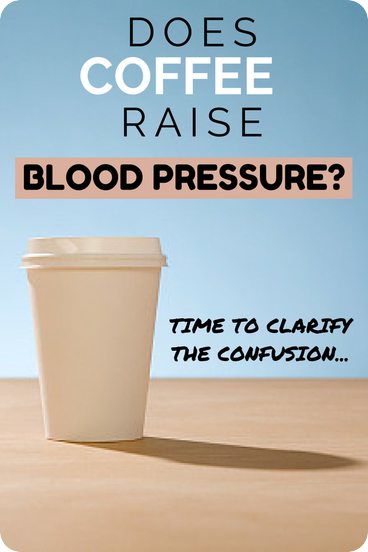