What you eat during pregnancy is crucial.

The embryo is completely dependent on the availability and supply of nutrients provided by the mother.

The quality of these nutrients – helpful or harmful – is determined entirely by her nutrient stores and eating patterns.

With that in mind, the frequent question “What can’t you eat when pregnant?” becomes all the more important.

So here are the top 6 foods to avoid when pregnant, supported by current research.

INFOGRAPHIC: See the infographic of this article here.

Unless otherwise specified by your doctor or dietitian, dietary supplements may not be suitable during pregnancy.

Or to be more accurate, they are not worth the risk. 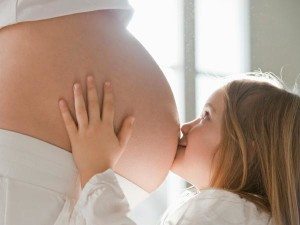 Several types of dietary supplements contain super-loaded quantities of abortifacient compounds. An abortifacient is a substance that causes contractions of the uterus wall, inducing abortion.

Abortifacients used today are pharmaceutical drugs, such as the Morning After Pill. However, this was not always the case.

Foods naturally high in abortifacient compounds were commonly used during the pre-pharmaceutical era. Herbal, ritualistic and spiritual preparations were trusted, although the effectiveness of these has never been confirmed through scientific method (2).

While the effects of abortifacient-like food supplements are limited to animal studies and anecdotes (casual observation), it makes sense to avoid varieties known to have abortifacient properties.

Take Fenugreek supplements for example, commonly used to improve blood sugar response and even to stimulate lactation for optimal breastfeeding.

However, when given to pregnant rats in moderate doses, it is suspected of causing birth defects, particularly related to spinal development (3).

It was also shown to have an anti-fertility effect in both male and female rats. Therefore it would be wise to avoid fenugreek supplementation during pregnancy, just to be safe.

Juniper Chinensis, Saffron and Ginger are just three of the numerous other plant-foods thought to have abortifacient properties at high doses. Science is lacking across this whole area, however.

Just to clarify, not all supplements are harmful. In fact many are safe and beneficial, such as folic acid, Vitamin D and most omega-3 fish oils (4).

But if you do take or plan to take a regular supplement during pregnancy, check the ingredients list and then double check with your healthcare professional first.

Summary: Several dietary supplements contain abortifacient compounds if taken in large doses. Fenugreek is a prime example and has been shown to cause birth defects in pregnant rats. Many supplements are safe, but always consult your healthcare professional first.

2. Avoid fish that are high in mercury, such as Shark and Tuna (regardless of selenium content) 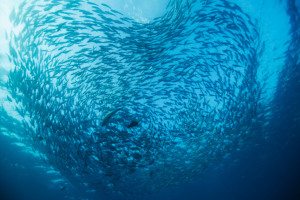 Excessive mercury in the blood during pregnancy has long been linked with both pregnancy complications and developmental problems in infants; particularly brain development.

While there is no solid experimental evidence, from what’s available, there certainly appears to be a linear relationship with mercury levels and IQ deficit in children (5, 6).

Put another way, IQ scores drop with increased mercury levels. It seems even the potential brain benefits of Omega-3s from fish consumption cannot offset the effects of mercury.

As no apparent safe limit can be determined from current data, the safest recommendation for pregnant women is to keep mercury exposure within a low range.

Therefore it’s best to avoid shark, tuna, marlin and other predatory fish, either fresh or frozen. They are the largest source of mercury in the human diet by far (7).

Non-predatory fish such as salmon, sardines, trout, mackerel, and herring are the safest varieties. They contain far less mercury and are considered safe to eat when pregnant at servings no more than 350 g (12 oz) per week.

Fish oil and cod liver oil supplements are also considered safe and are a great way to ensure optimal omega-3 intake. Just be sure to look for labels that confirm the product is low in mercury.

Additionally, some argue there are no safety concerns if the amount of selenium in a fish is higher than its mercury content. However, this a very new area of research. There is no evidence for protective effects on long-term mercury exposure, which represents what’s happening in real life (8).

Also keep in mind that regional differences in both mercury and selenium concentration must be considered. Species low in mercury (or high in selenium) in one part of the world may not be so in another.

So if you must eat fish while pregnant, best stick with non-predatory fish.

Summary: Mercury exposure during pregnancy is strongly linked with developmental problems for the infant. Predatory fish such as shark and tuna contain the highest concentrations of mercury in our diet. As no safe limit can be made, it makes sense for pregnant women to minimize fish consumption, especially predatory species.

3. Steer clear of alcohol and large amounts of caffeine

Teratogenic is the term used for any compounds and substances that can disrupt the development of an embryo or foetus.

Not all teratogens will harm an unborn child, but the ones that do carry the potential to cause serious birth defects. 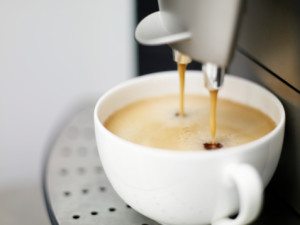 To be safe, complete avoidance of teratogenic substances during pregnancy is strongly recommended.

Some well-known teratogens include:

It is well-established that the offspring of mothers consuming alcohol during pregnancy suffer from developmental delays and behavioural changes. As such, zero alcohol should be consumed throughout the entire pregnancy (10).

Caffeine is another teratogenic substance that’s not safe in large quantities.

It is a psychoactive substance; one that crosses the placenta to the baby. While you may be tolerant to the caffeine in your morning brew, your child is not.

Many experts and leading health organisations recommend caffeine intake be limited to less than 200 mg per day if pregnant. This is equal to one 350 ml (12 oz) cup of coffee, and should be safe.

And remember that caffeine exists in a variety of different foods including tea, soft drinks and chocolate.

Summary: Teratogenic substances can disrupt the development of an unborn child. Common foods sources include alcohol and caffeine. It is recommended all alcohol be avoided, and caffeine intake limited to 200 mg per day.

Cow’s milk is a unique source of essential proteins and minerals.

However, a new problem has emerged in recent years of research… One that conventional medicine will be slow to grasp.

Cow’s milk is more than just a nutrient for mammals; whether cows or humans. This is because unlike meat and fish, which are structural proteins, cow’s milk is a signalling protein.

It activates the nutrient-sensitive protein complex mTORC1, a key regulator of cell growth, formation and metabolic programming. Overstimulation of mTORC1 is strongly linked to numerous health problems throughout a human’s lifecycle, including obesity and even cancer (11, 12, 13).

A high milk consumption when pregnant is strongly associated with increased foetus growth and birth weight (known medically as Macrosomia). This is likely caused by the over-stimulation of mTORC1 in the foetus.

The figure below illustrates the average difference in birthweight of offspring from mothers with a protein intake ranging from very low (Q1) to very high (Q5). It suggests higher dairy protein intake leads to higher birthweight, and is the only type that reaches statistical significance (shows this result was not by chance) (15).

Macrosomic infants appear more likely to be obese in childhood and adulthood, which inherently increases their risk of cardiovascular and metabolic problems later in life (16, 17).

It only makes sense then that large amounts of dairy during pregnancy may not be beneficial for the baby.

At the end of the day, when you can get adequate nutrition (including calcium) from leafy vegetables, eggs and other food sources proven to be beneficial and safe, there is no need to consume large quantities of dairy anyway.

Summary: Cow’s milk is a signalling protein that promotes excessive cell growth and  formation. Consumption during pregnancy is strongly associated with large birth weight, which increases risk of obesity and metabolic disorders for the child later in life. 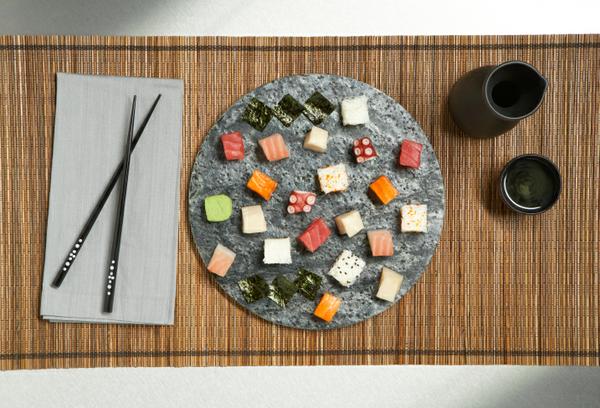 Raw or undercooked animal products have the potential to foster harmful bacteria.

The most common types of bacterial infection include Salmonella and Listeria. They have the ability to cross the placenta and harm the baby, which can be life-threatening.

Uncooked food such as raw sushi, raw eggs, and unpasteurised milk should be completely avoided.

The risk of exposure from these products is actually extremely low, but the risk exists nevertheless (20).

If you do decide to continue eating soft cheese or deli meat during pregnancy, choose the freshest foods (close to manufacture date), eat them by the next day at the latest, and ensure the food is consistently stored below 4°C (39°F).

Summary: Raw and undercooked animal foods contain potentially harmful bacteria and should be avoided. Ready-to-eat animal products such as deli meats and soft cheeses can also contain unsafe bacteria, but the risk is extremely low. 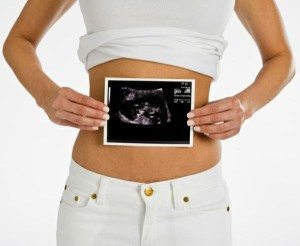 During and immediately after pregnancy, it is clear added sugar is hazardous to health.

Perhaps even “toxic”, as sugar is so often labelled in today’s media.

Excessive sugar in the diet leads to insulin resistance and pre-diabetes, otherwise known as Glucose Intolerance. The risk of glucose intolerance is far greater during pregnancy, as insulin function naturally declines (insulin is the hormone that removes sugar from the bloodstream) (21).

Less working insulin means more sugar “stuck” in your bloodstream. For this reason, it’s crucial to minimise or even completely avoid foods high in added sugar.

A glucose intolerance identified during pregnancy is known as Gestational Diabetes.

The risks of gestational diabetes are prominent for both mother and child:

Additionally, every extra 4.5 kg (10 lb) gained after pregnancy is associated with a twofold increase in type 2 diabetes risk (27).

All the more reason to eliminate unnecessary calories, such as added sugar, from your diet.

Summary: High amounts of added sugar during pregnancy promotes excessive weight gain and Gestational Diabetes. This can lead to a host of serious health problems for both mother and child later in life.

There are many foods necessary for a healthy pregnancy.

But know that the recommended amount of weight gain while pregnant has recently been reduced by the Institute of Medicine:

That works out to be only 250-300 additional calories per day… equal to just one boiled egg plus a handful of almonds.

By understanding what foods to avoid, and what portions are safe, you are gifting your child the best start possible. 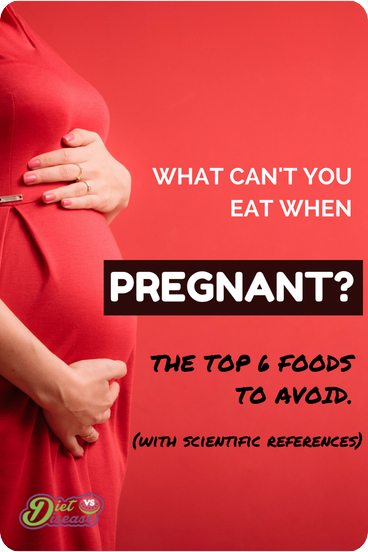