Is a vegan diet weight loss plan the best way to shed some extra pounds?

Based on scientific evidence, it very well could be.

Read on to learn if a vegan diet may be right for you, and how to get started on a 7-day vegan diet weight loss plan. 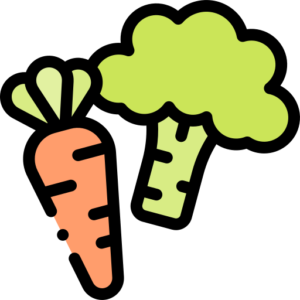 Along with these types of foods, you’ll also need to look out for hidden animal products. Ingredients to avoid include:

Some vegans also choose to give up honey, though that is a matter of personal preference.

If you’re motivated to follow a vegan diet weight loss plan for religious, ethical or environmental reasons, you’ll want to avoid these foods. However, if you’re just interested in weight loss, you may be able to include them in small amounts.

So, how effective is a vegan diet for those looking to lose weight? It all comes down to diet quality and total calorie intake.

Lots of junk foods are technically vegan, but you won’t lose weight if you eat them too often. Because weight loss occurs when you consistently eat fewer calories than you burn, there’s very little room for empty calories—vegan or not. 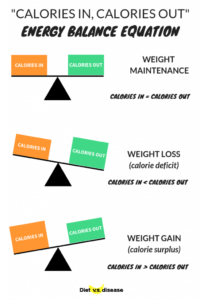 To lose weight on a vegan diet, you’ll first want to calculate your calorie needs. It may also help to track your food intake for a few days to ensure that you’re on the right track with your daily calorie intake (1).

Assuming you find the right calorie level, a vegan diet can be a great choice for weight loss.

In one small study of 50 overweight adults, participants following a vegan diet lost significantly more weight at six months than those on an omnivorous, semi-vegetarian or pesco-vegetarian diets (2).

This finding is consistent with other randomized controlled trials that have found vegan diets to be more effective for weight loss than other diets low-fat omnivorous diets. Researchers in at least one study have associated this difference in fat loss with higher intakes of plant protein and lower intakes of animal protein (3, 4).

What’s more, you may not even need to give up animal products entirely to see weight loss benefits.

In another small study, participants on a vegan diet lost more weight than those on an omnivorous one after six months, even when they weren’t 100% compliant. While veganism is often perceived as a restrictive diet, adherence rates were just as high for vegans in this study as they were for omnivores (5).

In other words, a mostly vegan approach can still help you lose weight if you’re concerned that you won’t be able to stick with a vegan diet.

Summary: A vegan diet is one that excludes all animal products, including meat, dairy, fish and eggs. Like any successful weight loss plan, you’ll need to eat fewer calories than you burn if you want to shed pounds on a vegan diet. However, studies suggest that vegan diets may be superior to omnivorous ones for weight loss, even when you’re not always 100% compliant.

Protein on a Vegan Diet 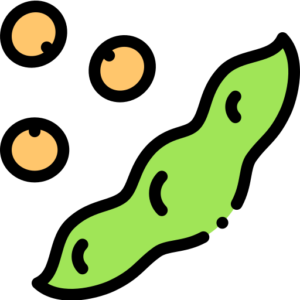 Many people find protein to be more satisfying than fat and carbs and naturally eat fewer calories on higher protein diets (6, 7).

The benefits of high protein intake have been seen in omnivorous diets, but studies suggest that plant-based proteins may be especially helpful for fat loss.

In one 16-week study, 38 participants were randomized to a vegan diet and 37 participants were instructed to continue eating normally. Vegans in the study lost an average of 4.3 kilograms (9.5 pounds) of fat mass.

Researchers credited the exchange of plant proteins for animal proteins with more than half of this fat loss. Specifically, participants in the vegan group:

Weight loss aside, protein is important for building and maintaining muscle mass (9, 10).

The dietary reference intake for protein is 10-35% of calories, or 38 to 131 grams per day on a 1500-calorie diet. Critics of vegan diets argue that it’s difficult to obtain adequate protein for weight loss and health, and that’s simply not true. Vegans do, however, need to be more thoughtful about including a quality protein source at each meal.

Unlike animal proteins, most plant proteins are not considered to be complete sources of protein. This means that the food is deficient in one or more of the 9 essential amino acids.

Fortunately, you don’t always need to pair complementary amino acids at each meal. Eating a variety of vegan protein sources will help ensure that you get the amino acids that you need to be healthy. Beans, legumes, grains, seeds, and nuts are all good plant-based sources of protein.

And though there are very few of them, vegans should also be sure to include plant-based complete proteins in the diet. These include soy, quinoa, mycoprotein and seitan.

Summary: Higher protein intake may promote weight loss by curbing the appetite. Vegans have fewer options for protein than omnivores but can obtain plenty of protein with some planning. Foods like quinoa, mycoprotein, seitan, and soy contain all 9 essential amino acids in adequate amounts and are great options for vegans. Vegans should also eat a variety of protein sources to ensure that they are getting all 9 amino acids. 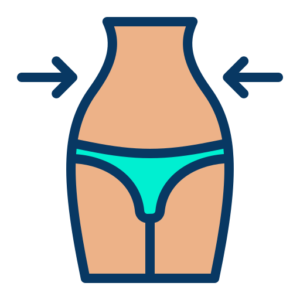 Given that the average woman burns 2,000 calories per day, this plan should support weight loss at a rate of approximately one pound (0.45 kgs) per week.

For men, or more active or larger women, this will not likely be enough calories. You may need to increase portion sizes and add snacks, to keep your energy levels high and ensure that you’re getting the nutrients that you need in this case.

Choose from black coffee, unsweetened tea or water to drink at each meal.

Summary: This vegan diet weight loss plan provides approximately 1,500 calories per day, which can support weight loss at about one pound per week for the average woman.

Is a Vegan Diet for Weight Loss Right for You?

A vegan diet has been shown to be effective for weight loss, even if you don’t follow it perfectly all the time.

Studies indicate that it may even be superior to omnivorous diets or other plant-based diets for weight loss.

Like any weight loss plan, though, total calorie intake and diet quality are the best predictors of weight loss.

Doing so will help preserve muscle mass, and it may also help naturally curb appetite.

Veganism is a natural fit for people who prefer to avoid animal products for ethical, religious or environmental reasons.

However, you might be more interested in a flexitarian diet if your main goal is weight loss and you’re worried that veganism might be too extreme for you.

After all, the most effective diet for you is the one that you can stick with for the long run.