Gingivitis is the most common and mild form of gum disease.

Treatment is essential for preventing its progression… fortunately this is easy to do.

This article looks at how to get rid of gingivitis quickly, from home remedies to medical mouthwashes.

Gingivitis is the term given to an inflammation of the gums.

It occurs from a build-up of plaque caused by bad bacteria in the mouth. It usually presents as bleeding gums after brushing.

As gingivitis is the mildest form of periodontal disease (gum disease) it can be reversed if treated early.

However, without treatment it can worsen and cause problems such as loose teeth and tooth loss. When gingivitis advances to this severe stage, it’s called periodontitis.

Periodonitis has three phases, which are illustrated below: 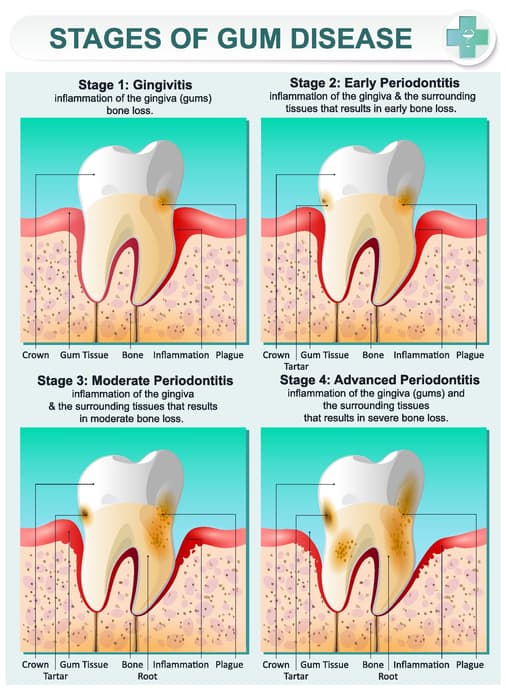 As you can see, it’s very important that you treat gingivitis as soon as possible.

What Are the Signs and Symptoms of Gingivitis?

The common signs and symptoms are:

The first step to treatment is good dental hygiene (brushing and flossing every day) and quitting tobacco and smoking.

To remove plaque and bacteria from the mouth, a dentist can do a professional dental cleaning consisting of scaling and root planting.

This is why regular, ongoing visits (at least yearly) to your dentist are important.

There are also several commercial and prescription mouthwashes available.

Regular anti-bacterial mouthwashes purchased from the supermarket or pharmacist can also help treat gingivitis when used alongside brushing and flossing.

Summary: Along with good dental hygiene, regular and prescribed mouthwash can help treat periodontal disease, depending on its severity. 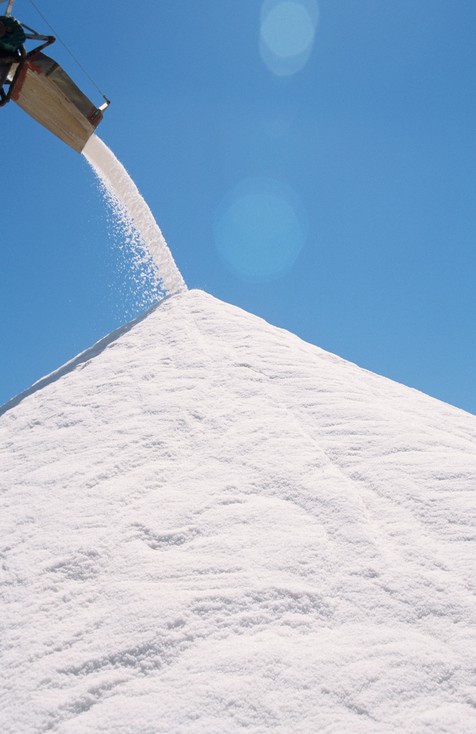 A salt water rinse for approximately 30 seconds has been used to reduce inflammation, support healthy gums and promote wound healing.

This is because salt is regarded as a natural disinfectant.

In fact, an eight-day study conducted in the lab revealed healing of the gums following gingivitis with two-minute rinses done three times daily (1).

This study didn’t look into the long-term benefits, though. Further studies on humans are needed before treatment for longer periods can be suggested.

Summary: A salt water rinse appears to be a suitable treatment option in the short-term, however more and longer studies are needed for further proof.

Another home remedy for swollen and bleeding gums is oil pulling, in which oil is swished or held in the mouth for 20 to 30 minutes.

Usually, about a tablespoon of sesame, coconut, arimedadi or sunflower oil is used.

A large number of studies have looked at the benefit of oil pulling on plaque, numbers of bacteria and general dental health.

Below is a breakdown of these oils and how they compare to prescription mouthwash.

Lauric acid, found in coconut oil, is known for its potential anti-inflammatory and anti-bacterial effects.

This means it has the potential to reduce gum inflammation and the bad bacteria that causes it.

Several studies have found that coconut oil pulling reduces oral bacteria and plaque, similar to that of prescription mouthwash (2).

Several studies have found benefits. In particular, one found that plaque and gingivitis reduced in as little as 10 days with sesame oil (4, 5, 6).

However, not all studies have found it to be as effective as prescription mouthwash.

For example, one study of 52 children saw no reduction in mouth bacteria and no effect on gingivitis when using sesame oil twice daily for two weeks (7).

Arimedadi oil is an herbal product that has been used in traditional Ayurvedic medicine.

However, it’s important to note that the oil pulling was done alongside professional dental cleaning (mechanical plaque control) and a dental hygiene routine (8).

Research on sunflower oil is lacking.

Only a single study of 10 subjects found that markers of plaque and gingivitis reduced over 45 days with the use of sunflower oil (9).

What Is The Best Oil?

Current research shows that oil pulling, particularly with coconut oil (which has been studied the most), is as effective as prescription mouthwash when done alongside brushing and flossing.

That said, coconut, arimedadi and sesame oil can be expensive.

If cost is an issue, use regular anti-bacterial mouthwash or, if prescribed by your dentist, chlorhexidine gluconate, alongside brushing and flossing.

Summary: Evidence shows that oil pulling may be as effective as prescription mouthwash in reducing plaque, bad bacteria and gingivitis. Most studies have been done on coconut and sesame oil, while research on sunflower and arimedadi oil is lacking.

Turmeric and cloves have been used to produce a topical gel that may reduce inflammation and plaque.

Turmeric can be purchased as a gel, while clove can be minced into a paste at home.

The active ingredient in turmeric is called curcumin, which has possible anti-inflammatory properties.

However, it’s not any more effective than chlorhexidine gel or prescription mouthwash (10, 11).

Similar to turmeric, clove may have anti-bacterial and anti-inflammatory properties.

Consequently, laboratory studies have shown that it has the potential to treat periodontal disease (12).

Unfortunately, there are few studies on these spices specific to gingivitis on humans. Further research is needed to discover how they can be used pharmaceutically.

Summary: Natural spices such as turmeric and clove contain anti-inflammatory and anti-bacterial properties that may assist in the treatment of periodontal disease. However, further research is needed to prove their effectiveness.

How To Get Rid of Gingivitis

A good dental hygiene routine and regular dental visits are crucial in getting rid of gingivitis and bleeding gums.

That means brushing your teeth every morning and night, and aiming to floss every night after you brush too.

In many cases, professional dental cleaning can help remove plaque and bacteria within the mouth. Regular and prescription mouthwashes can also help treat gingivitis.

Some home remedies, like turmeric and clove gel and oil pulling with coconut and sesame oil, may be as effective as prescription mouthwash.

Others, like salt water rinses and oil pulling with sunflower and arimedadi oil require further research to prove their effectiveness.

If cost is your main concern, regular or prescription mouthwash is likely the best and most convenient option.

If you suffer from severe tooth pain, loose teeth or tooth loss, extremely swollen or bleeding gums you should see your dentist or doctor immediately. 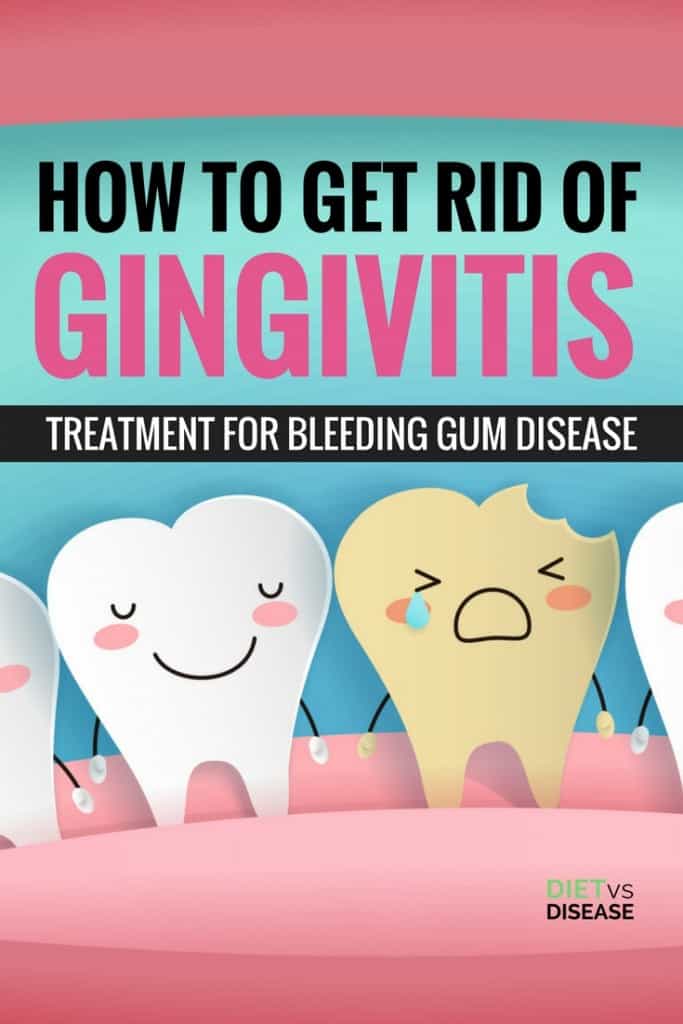