Green tea has become a popular weight loss tool, but is it really all that effective for dropping those extra pounds?

This no-calorie beverage is one of the world’s healthiest, as it comes packed with antioxidants, polyphenols and other health-promoting nutrients.

Many people tout the virtues of drinking green tea on a daily basis to help fight inflammation, lower risk of cancer and cardiovascular disease, and—of course—help you lose weight.

In this article, we’ll dive into the research to see how (and if) you can drink green tea for weight loss.

What is in Green Tea? 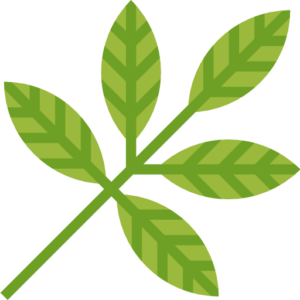 Green tea is made from the leaves of the plant Camellia sinensis and dates back to ancient China, where it was consumed for its medicinal properties.

Classic Chinese texts recognized it as a strong anti-inflammatory. Modern science is just now catching up to this theory, thanks to a growing amount of research being done on some of green tea’s key polyphenolic compounds known as catechins. These are natural antioxidants that help protect cells and fight off free radicals in the body.

Up to 42% of green tea contains catechins, mostly in the form of one called epigallocatechin gallate (EGCG). Tea leaves contain other polyphenols, including quercetin, kaempferol and myricetin, all which offer strong antioxidant effects (1).

Green tea also contains caffeine (about 20-50 mg in 2.5 grams) and theobromine (the compound most associated with the cacao plant) (2).

Studies on the health benefits of green tea have looked extensively at the potential role these polyphenols (especially EGCG) play in disease prevention and weight loss.

Summary: Along with a small amount of caffeine, green tea is rich in antioxidant compounds known as catechins, particularly one potent form called epigallocatechin gallate (EGCG). EGCG has been studied extensively for its potential role in disease prevention and weight loss. 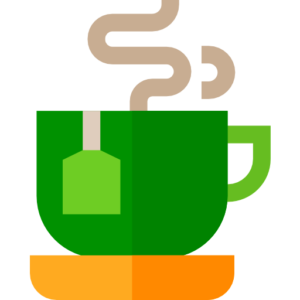 Green tea may have a positive impact on metabolism, which could help stimulate weight loss.

Studies have found that consuming green tea can increase thermogenesis (when your body generates heat) and fat burning, though the exact mechanisms for this is still uncertain.

Scientists believe that both the catechins and caffeine work synergistically to help promote fat oxidation, inhibit certain enzymes and regulate the breakdown of fats to help keep our weight in check (3, 4, 5).

This process could even kick-in within 24 hours. One small study found that the use of green tea extract increased energy expenditure (the amount of calories you burn) by 4%, whereas caffeine alone had no effect (6).

Another study showed a 17% increase in fat oxidation and improved insulin sensitivity when green tea extract was taken alongside 30 minutes of exercise in a group of young men (7).

There have been similar findings among women as well. Those who drank matcha green tea and went for a brisk 30-minute walk also experienced enhanced fat oxidation (8).

Consuming green tea over the long-term may also help keep your weight down. In over 1,100 adults, the habitual tea drinkers (who consumed an average of 434 mL or about 3 cups of tea per day) showed a 19.6% reduction in body fat percentage and 2.1% reduction in waist-to-hip ratio compared to those who drank little tea over 10 years (9).

Does Green Tea for Weight Loss Work for Everyone?

It’s important to note that most of these studies include small sample groups, and many others show no significant change in weight loss with regular consumption of green tea (10).

A recent study found that 11 women with severe obesity saw no change in body weight or fat mass after eight weeks of supplementing with decaffeinated green tea capsules (11).

Meanwhile, one meta-analysis discovered that green tea can induce weight loss in overweight or obese adults but in an amount so small you may not even notice a difference (12).

Another meta-analysis of 11 studies concluded that green tea can have a small positive effect on weight loss and weight maintenance, but that depends on ethnicity and how much caffeine an individual regularly drinks (13).

It seems that habitual caffeine intake could be the key to understanding how effective green tea can be when it comes to weight loss.

Elsewhere, it seems that the most promising weight-loss effects only come with the presence of caffeine. Even so, the reductions in BMI and body weight are modest (15).

In other words, it’s complicated. Drinking green tea on a regular basis could boost a small amount of weight loss over time, but it’s certainly not a magical fat-burning tool.

That said, green tea still has a number of other potential health benefits, including the potential to reduce chronic disease, boost brain function and protect against many types of cancer.

Summary: The catechins and caffeine in green tea may help increase metabolism and fat burning, as shown in some small studies. Consuming green tea over the long-term may also be linked to lower body fat percentage. However, several other studies have not been able to corroborate these results. Drinking green tea on a regular basis could help drop a small amount of weight, but nothing significant.

How Much Green Tea Should You Drink? 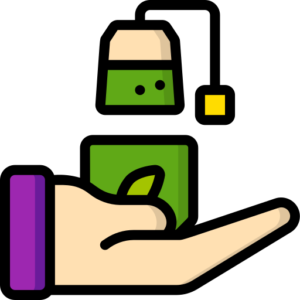 It’s hard to determine just how much green tea per day is optimal; however, most researchers can agree on one thing: green tea drinkers tend to be healthier than those who avoid tea altogether.

Health benefits, like a decreased risk of cardiovascular disease, may be apparent with as little as one cup per day (16).

When it comes to weight loss, most studies found a decrease of body weight or body fat when participants consumed at least four cups of green tea (or 600-900 mg of tea polyphenols) per day (17).

Some evidence also suggests that roughly 3-6 cups daily could help lower the risk of type 2 diabetes (18).

In general, it’s hard to drink too much green tea, though you do want to take note of its caffeine content. A typical 8-oz cup of green tea has around 35-50 mg of caffeine. This will vary between bagged, loose leaf, and matcha teas, as well as the amount of time you brew your tea (the longer, the more caffeine).

The FDA recommends a maximum of 400 mg of caffeine per day, which would roughly equate to about 8 cups of green tea (19).

Anyone who is iron deficient may also want to limit their green tea intake, as it may reduce your body’s ability to absorb iron. It’s recommended to drink tea between meals and wait at least one hour after eating before drinking tea (20, 21).

Also be aware of green tea extracts, often used in weight-loss supplements, which could lead to liver toxicity in very high doses, since they are highly concentrated forms of green tea (22, 23).

Summary: Green tea drinkers tend to be healthier than those who avoid tea altogether. For weight loss, about 4 cups per day could help you drop some pounds, but it’s hard to determine how much green tea is optimal for each individual. Anyone sensitive to caffeine should also note that one cup of green tea has roughly 35-50 mg of caffeine. Beware of green tea extracts, often in weight-loss supplements, which could lead to liver toxicity in very high doses.

How to Drink Your Green Tea

There’s a wide variety of green tea products on the market, including loose leaf, bagged and powdered forms, as well as green tea extracts.

If you’re looking to add green tea into your weight-loss plan, be sure to avoid any products that include added sugars, artificial sweeteners or synthetic ingredients. Brands like Traditional Medicinals and Yogi offer pure green teas that are certified organic.

To get the most bang out of your buck and the highest amount of antioxidants, be sure to drink your green tea within six months of purchasing.

When brewing a cup, don’t use water at a full boil or else you risk burning the leaves and destroying those precious catechins, including EGCG. Instead, bring the water to a boil, but let it rest for around 10 minutes before pouring over the tea.

Since green tea is a natural diuretic, you should also balance out your consumption with plain water to avoid dehydration.

High-quality green tea products without any additional ingredients will offer the most health benefits.

Judging the quality of tea can be difficult, but mass-market teabags will typically be lower in quality than loose leaf tea. Low-quality teas may have lower levels of antioxidants and contain excessive amounts of fluoride (24).

Whole-leaf forms will be the freshest and most nutrient-rich, but the best type for promoting weight loss may be matcha. This powdered green tea offers higher concentrations of caffeine, the amino acid theanine, and catechins. In fact, there is as much as 137 times more EGCG in matcha than regular green tea (25).

If you’d rather forgo a cup for a pill, you could try green tea extract, which comes in liquid, powder, capsule or tablet form. Different products offer different concentrations, some equating a 1-ml serving to as much as 10 cups of green tea. Because of its potency, be sure to limit your intake of any green tea extract.

Summary: Look for pure green tea that has no added sugars, artificial sweeteners or synthetic ingredients. Whole-leaf loose leaf teas are often the freshest and highest in quality, and will likely have higher levels of antioxidants. Matcha green tea may be the best choice, as it offers as much as 137 times more EGCG than regular green tea.

Similar to Iaso tea and other popular weight loss teas, there’s been a lot of claims that drinking green tea can promote weight loss.

However, not all the evidence supports these statements.

In fact, few researchers have been able to prove that drinking green tea could potentially be a valuable weight-loss tool.

Most studies have found that tea may have little to no effect on weight loss, even when drinking several cups a day.

This doesn’t mean green tea can’t be a part of a healthy, well-balanced diet.

It does boast plenty of other health benefits, thanks to its abundance of antioxidants and catechins.

One in particular, EGCG, has been linked to reducing chronic disease, boosting brain function and protecting against many types of cancer.

When picking out a green tea, choose one that has no added sugars, artificial sweeteners or synthetic ingredients.

For the freshest and highest quality, opt for whole-leaf loose leaf teas or matcha, which will offer higher levels of antioxidants.

Unfortunately, green tea is not quite the magical weight-loss bullet some may have you believe.

But if you’re looking to drop some pounds, drinking a few cups of green tea a day alongside any one of these 55 low-calorie meals is a good start.