When our organs hold too much fluid (water retention) the heart has to work harder to pump blood throughout the body.

This can be caused by many medical conditions like heart disease, high blood pressure, diabetes and edema.

This article looks at the best natural diuretics based on the latest research.

1. Dandelion as a Natural Diuretic 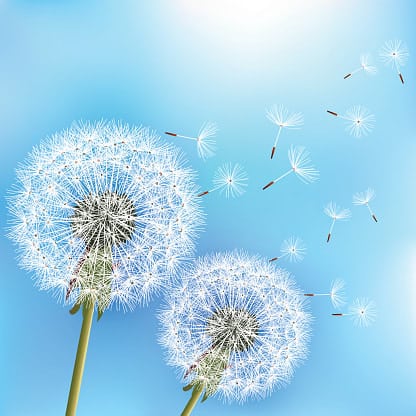 Dandelion leaves have been used in traditional medicine around the world.

Its leaves, roots and flower are considered safe to eat and are high in potassium.

The taste of dandelion is earthy and bitter. Its greens can be sauteed like kale, tossed in a salad or cooked and added to a soup or herbal tea.

Additionally, the extract, taken from the leaf, can be consumed as a capsule or in liquid form.

One study of 28 women found a significant increase in urine after drinking 8 mL of liquid leaf extract.

Results found that it acted as a quick and useful natural diuretic (1).

Summary: Dandelion extract may have promising diuretic effects, including an increase in urine production. Its raw greens can be used in salads, sauteed like kale or added to an herbal tea. 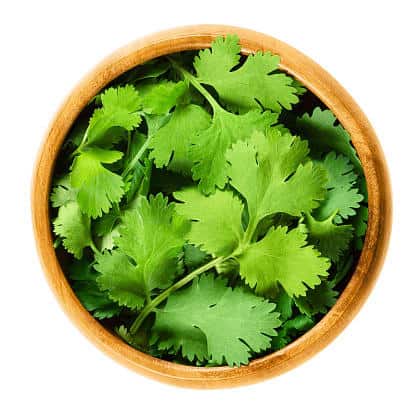 Cilantro (also known as coriander) is a popular herb often used fresh or dried for flavor and spice in cooking.

Coriander has a lemony and nutty flavor. Its seeds can be crushed or sauteed whole for use in dishes like Thai curries.

Alternatively, its leaves can be tossed in cooked dishes such as rice.

One study looked at the use of coriander seeds as a diuretic. After infusing the liquid coriander extract (through the veins of rats), the researchers found that the mechanism of the plant is similar to that of medications like Furosemide (2).

Since there’s limited evidence on supplementation, it’s best to simply add some fresh or dried cilantro to your food for potential diuretic benefits.

Summary: Cilantro (coriander) may have useful diuretic effects in the body similar to that of medications like Furosemide. It can be used as a fresh or dry herb to season many foods. It’s not currently recommended as a supplement due to limited evidence. 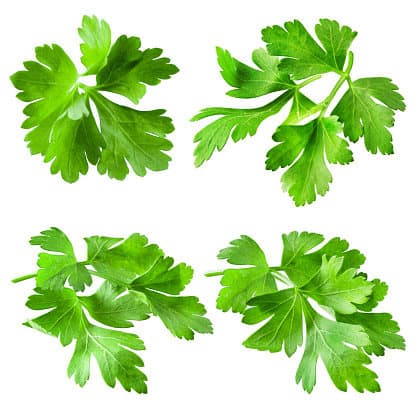 Parsley leaf, root and seed has been used for thousands of years as a traditional folk remedy for fluid retention.

It’s typically consumed as an herb for flavoring and used in a variety of dishes as a garnish. It can also be added to smoothies, sauces, dressings and marinades.

One study found significant elimination of urine in subjects that were given parsley extract compared to those who just drank water (4).

Parsley can also be found as a supplement in capsule form. However, supplementation is not recommended, especially during pregnancy or breastfeeding, due to potential side effects from consuming large amounts.

Instead, stick to consuming parsley in amounts typically found in food. This may be most beneficial for decreasing fluid retention.

Summary: Parsley may decrease built-up fluid in the body. Its leaves and roots can be added in foods for additional flavor or blended in smoothies, sauces or dressings. Research is limited regarding its diuretic effect, and supplemental use is not recommended, especially during pregnancy or breastfeeding. 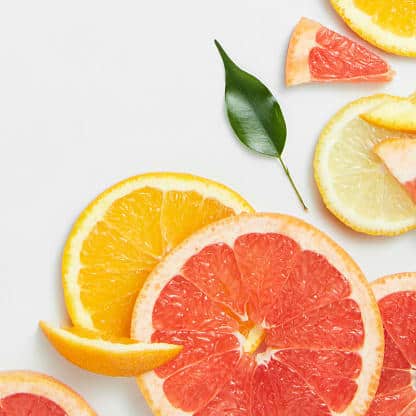 Rutaceae (better known as citrus) includes a large variety of plants that produce fruits such as lemons and oranges.

Citrus peel or zest is bold in flavor and used in baking and cooking throughout the world.

Limonene is the main compound found in citrus peels and has been used in traditional African medicines for fluid buildup.

This is backed up by a recent study, which found an increase in urine production in rats when given liquid citrus extract at varying doses between 50-250mg per kilogram of body weight (5).

That said, beware of limonene found in essential oils. Consumption is not recommended and may be toxic (6).

To get the most flavor and potential benefits, try adding the zest of a lemon, lime or orange to any pasta dish, dressing or baked good.

Summary: Rutaceae or citrus may have properties that increase urine production. However, research is limited and supplemental use is not recommended. Limonene found in essential oils is not recommended for consumption. For best use, add citrus peel to various dishes.

5. Fennel as a Natural Diuretic

Fennel is an herb that originated in the mediterranean and grows wild in parts of Europe and India.

Its bulb, seeds and greens are edible, and the roots and seeds may have diuretic properties.

Fennel offers an anise or licorice flavor and is often roasted and used in pasta dishes, soups or for baking bread.

A 2014 study showed a significant diuretic effect in mice from liquid fennel extract at a dose of 500mg per kilogram. The urine elimination was double that of the control group (7).

Fennel in supplement form is not recommended, especially during pregnancy and breastfeeding, due to potential harmful side effects.

Summary: Fennel’s roots and seeds may have diuretic properties, including increased urine elimination. Research is limited, though, and supplemental use is not recommended, especially during pregnancy and breastfeeding. 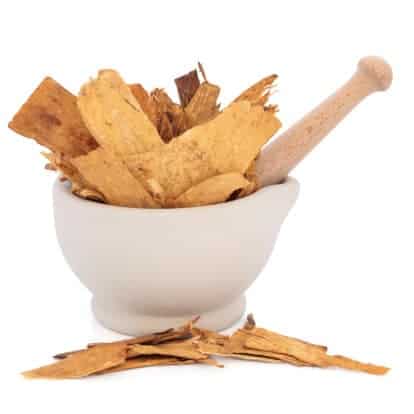 Astragalus is commonly known for its role in traditional Chinese medicine and makes up over 2,000 plant species.

It’s often used in teas or soups and can also be taken in capsule form.

Astragalus appears to be safe, but some plant species grown in the U.S. can be toxic to animals.

One study conducted on healthy men found that an oral dose of the root in liquid form (at 0.3g per kilogram) increased urine sodium excretion, which suggests it may be a useful natural diuretic (8).

Summary: Astragalus root may increase urine sodium excretion and appears to be safe for consumption. It can be added to teas or soups in its natural form. Research on its use as a supplement is limited. 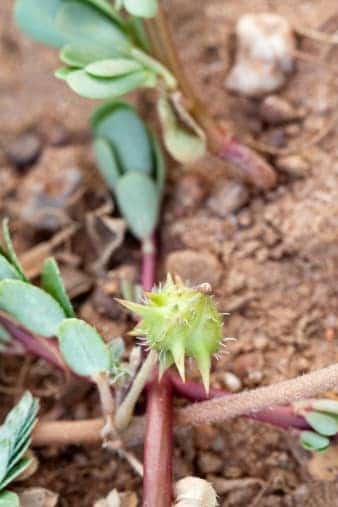 It’s often taken as a supplement comprising its natural roots, leaves and fruit.

One study found an increase in overall urine of 200mL after subjects were given 3 grams of the fruit in liquid form. This effect was similar or greater to that of medication diuretics (9).

Supplementation is not recommended, especially during pregnancy and breastfeeding, due to potential harmful side effects.

Summary: Tribulus terrestris is a fruit-producing plant that may increase urine production. It’s most often consumed in supplement form, but should be avoided during pregnancy or breastfeeding.

Other foods and substances that may offer diuretic effects include:

The Best Way to Use These Natural Diuretics

Many of these herbs and plants are also available in supplement form. However, due to potential side effects, it’s important to talk to your doctor before supplementing, especially if you are pregnant, breastfeeding or taking prescription medications.

On top of that, there’s not enough evidence-based research to support the supplemental form of any of these plants.

Therefore, it may be most beneficial to enjoy them in your food. Sprinkle some fresh parsley or cilantro on your next dish, or add a bit of fennel or citrus peel to your favorite meal. 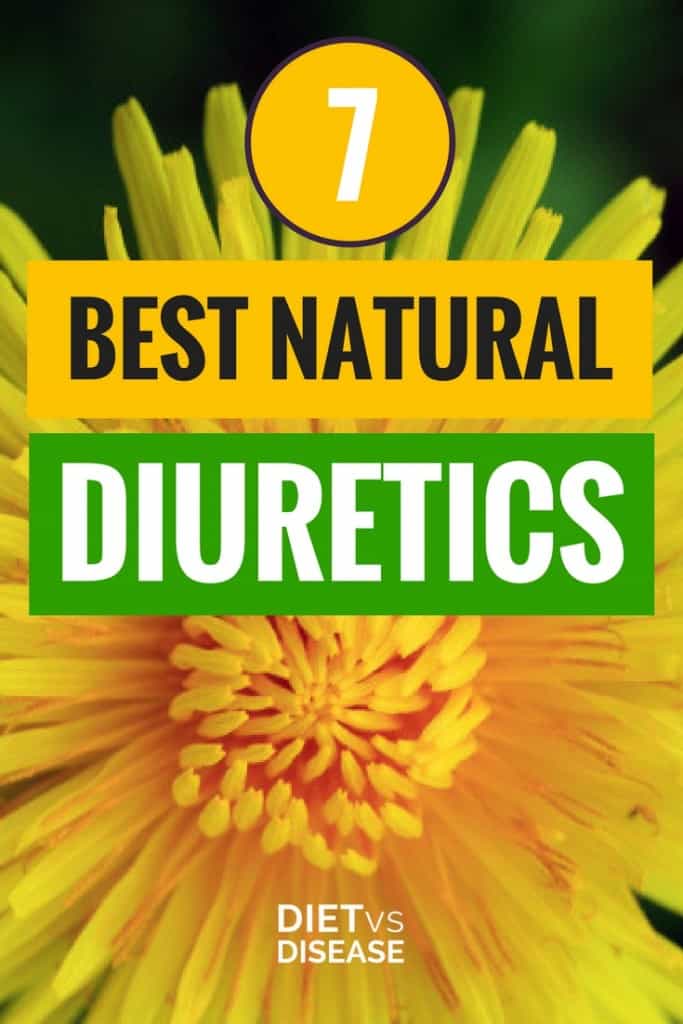