Betaine HCl is a supplement linked with many health claims.

But are these claims backed by science? Is it safe and effective?

This article explores the current evidence for betaine HCl supplementation.

What is Betaine HCl? 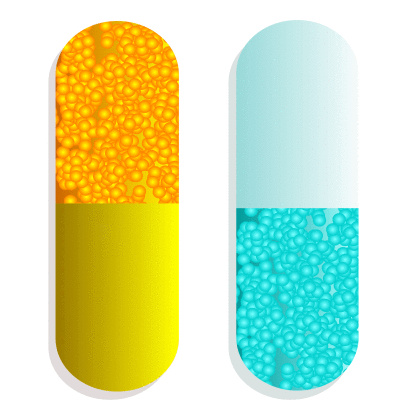 Betaine hydrochloride (HCl) is a dietary supplement made from a combination of betaine and hydrochloric acid.

Betaine (also called trimethylglycine) is found in certain foods and is also a product of choline metabolism.

Hydrochloric acid (HCl) is a very strong acid  that is naturally produced by the stomach. It’s important in both digestion and immunity.

It’s mainly used by natural health practitioners as a treatment for digestive issues.

It comes in pill form and is sometimes combined with a digestive enzyme called pepsin.

For the record, Betaine HCl should not be confused with betaine anhydrous. Betaine anhydrous is a drug that is FDA-approved to treat homocystinuria and potentially liver disease.

Note that Betaine HCl is a supplement, not a drug.

That means it’s not regulated by the FDA and there are no standards for usage and dose.

In fact, The FDA doesn’t recognize over-the-counter drugs that contain betaine HCl as safe or effective.

This article will focus specifically on betaine HCl.

Summary: Betaine HCl is a supplement made from betaine and hydrochloric acid. It’s used by natural health professionals to treat various digestive issues. Betaine HCl is not regulated by the FDA. 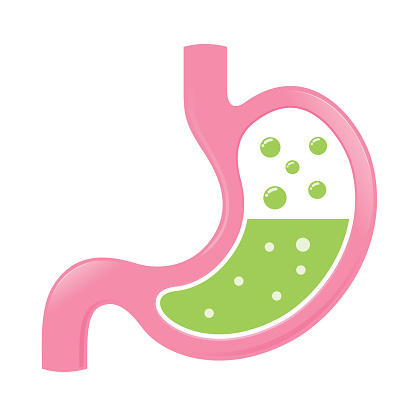 Hypochlorhydria refers to when the stomach is not as acidic as it should be. An acidic stomach is very important for both healthy digestion and immunity (1, 2).

The rise in pH seen in hypochlorhydria results from a low concentration of hydrochloric acid in the stomach’s gastric juice. Similarly, achlorhydria is a complete lack of HCl in the gastric juice (1).

Betaine HCI May Only Help Temporarily

As betaine HCl contains hydrochloric acid, it’s been said to improve digestive function and other conditions that stem from weak stomach acid.

However, low stomach acid is most often a symptom of another health problem, rather than a disease itself.  As you would expect then, betaine HCl does appear to restore stomach acidity somewhat… but only temporarily.

In one study of 6 healthy adults with drug-induced hypochlorhydria, a single 1500 mg dose of betaine HCl significantly lowered gastric pH (increased acidity) within six minutes for all volunteers.

However, gastric pH of all subjects returned to previous levels in just under two hours (3).

Another study found similar results. Betaine HCl was effective in lowering gastric pH within an average of 12 minutes for 10 healthy volunteers. Stomach pH returned to previous levels within 69 minutes, on average (4).

As such, the best way to permanently restore a healthy stomach pH would be to treat the underlying cause.

Common causes of hyperchlorhydria include H. pylori bacteria and atrophic gastritis. Long-term use of acid-reducing drugs, including H2-receptor agonists and proton-pump inhibitors (such as Omeprazole for reflux) are also a risk factor.

Summary: Betaine HCl is said to correct low stomach acid (hypochlorhydria), which is linked to several digestive and immune conditions. However, research indicates it only helps temporarily.

Acid reflux is a common condition in which gastric acid moves upward from the stomach into the esophagus.

Most people have experienced it at least once. Frequent episodes of reflux are symptomatic of gastroesophageal reflux disease (GERD), gastroparesis or functional dyspepsia. 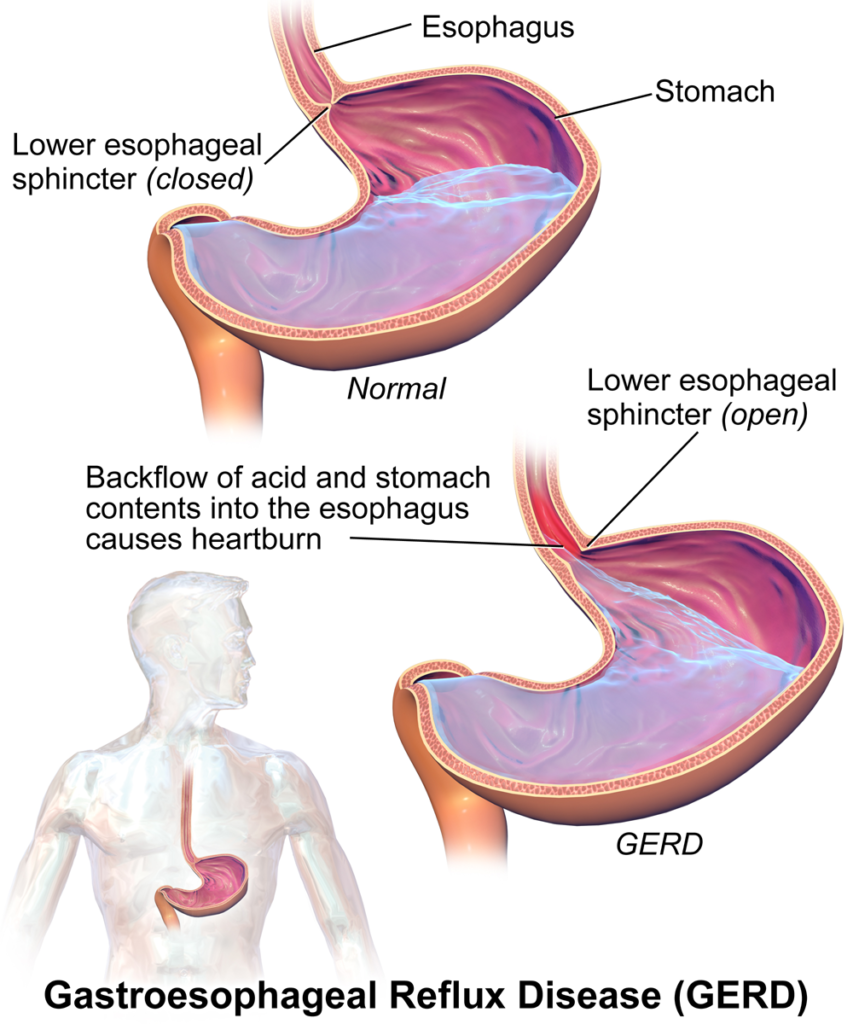 A comparison of the lower esophageal sphincter in a healthy adult and an adult with GERD. Image Source

Proponents of betaine HCl argue that food breaks down in the stomach more slowly when stomach acid is inadequate. This means food sits in the stomach longer (slower stomach emptying), creating upward pressure on the lower esophageal sphincter and causing reflux.

Small studies have found stomach emptying to be especially slow in those with hypochlorhydria. And there does appear to be links between delayed stomach emptying, GERD, and functional dyspepsia (9, 10, 11).

However, studies have not been able to establish hypochlorhydria as a direct cause of GERD or functional dyspepsia. This may be because many factors can contribute to GERD or dyspepsia in the same person.

Aside from case studies, betaine HCl hasn’t been studied as a therapy for acid reflux or GERD (12, 13).

Until there is more solid research – or unless your doctor recommends it – betaine HCl is not recommended for reflux or dyspepsia.

Summary: There’s indirect evidence that hypochlorhydria may contribute to reflux and functional dyspepsia. However, there is no research that indicates betaine HCl is useful in treating either condition. 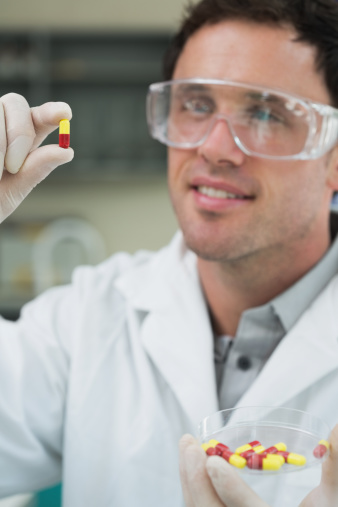 Certain medications are less effective if the stomach is too acidic or too alkaline (14).

Some of the strongest research in support of betaine HCl relates to medication absorption in those with hypochlorhydria.

One such drug is dasatinib, an oral chemotherapy medication used in chronic myeloid leukemia that is best absorbed at a pH of 6.0 or lower. Antacids and H2 blockers have been shown to reduce dasatinib absorption by up to 60% (4, 15).

By contrast, betaine HCl has been shown to markedly improve dasatinib. In a study of 10 healthy adults taking acid-reducing medications, each subject participated in 3 separate treatments:

Additionally, drug absorption for Treatment C was 5% higher than Treatment A, which suggests that betaine HCl could slightly boost the effectiveness of dasatinib in the absence of hypochlorhydria (4). 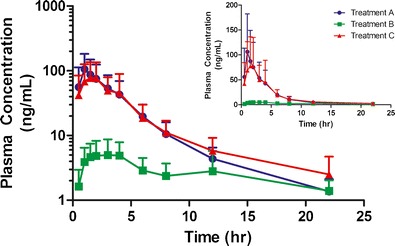 However, these results should be interpreted with caution as the study was small and chemotherapy absoprtion is influenced by so many factors.

Betaine HCl hasn’t been studied with other drugs to date. It would be interesting to see its effects on other pH-dependent drugs, such as the HIV drug ataznavir or certain antibiotics (16, 17).

Summary: Small studies have shown that betaine HCl improves absorption of the chemotherapy drug dasatinib in healthy volunteers with drug-induced hypochlorhydria. It hasn’t been studied on the absorption of other drugs. 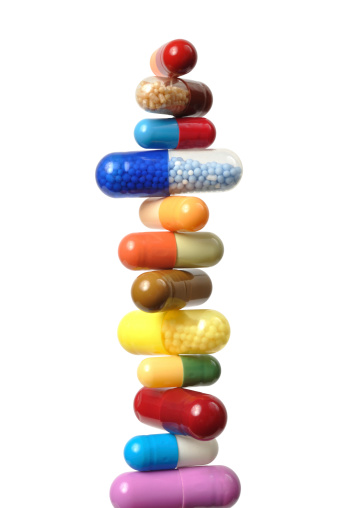 Low stomach acidity has been linked to impaired absorption of several nutrients.

Supplements or other treatments that restore acid balance could be helpful, at least in theory.

Unfortunately, there’s no studies on betaine HCl and nutrient deficiencies. All claims are based on patient testimonials (reports). Until there is at least some evidence, it should not be recommended to enhance nutrient absorption.

Additionally, a vitamin or mineral deficiency often results from an underlying medical condition or lifestyle issue. The cause should be addressed rather than masked with betaine HCl (which may or may not help.)

Also keep in mind that the deficiencies mentioned above also occur in people with normal gastric pH, which supports the idea that low gastric pH is a symptom of something else (22).

Summary: Low stomach acid has been linked with deficiency of certain vitamins and minerals. Patient testimonials suggest that betaine HCl helps improve nutrient absorption, but there’s no scientific evidence to support these claims.

Do You Need a Betaine HCl Supplement? 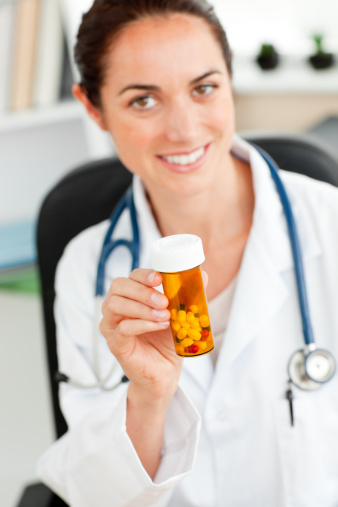 Some health bloggers argue that most adults should supplement with betaine HCl.

Many of these claims come from two specific studies. One commonly cited study suggests that 20-50% of adults ages 65 and older are deficient in stomach HCl.

But the methods for this study have since been called into question due to high potential for inaccuracy (26, 27).

Two non-invasive home tests for low stomach acid have been proposed. One involves drinking a mixture of baking soda and water and measuring how long it takes to belch. The second involves a trial of betaine HCl supplements

These methods haven’t been validated by studies and could even be dangerous for those with certain medical conditions.

Overall, we simply don’t have enough direct evidence to know if betaine HCl is useful or safe, of if hypochlorhydria is even a common problem.

Summary: Many health bloggers have argued that most adults would benefit from betaine HCl supplements. But no strong studies support these claims. More evidence is needed.

Betaine HCl has become very popular among health bloggers, with many recommending it widely.

To be fair, some of these arguments about stomach acid are interesting and thought-provoking. But studies on betaine HCl are incredibly sparse.

Aside from case studies, no scientific evidence supports claims that betaine HCl will cure reflux and other digestive ailments.

In fact, it’s only been shown  to restore acid balance in those taking acid-reducing drugs, and to boost absorption of certain pH-dependent drugs.

Overall, betaine HCl supplements are not worth your money, except for those taking them under a doctor’s supervision. 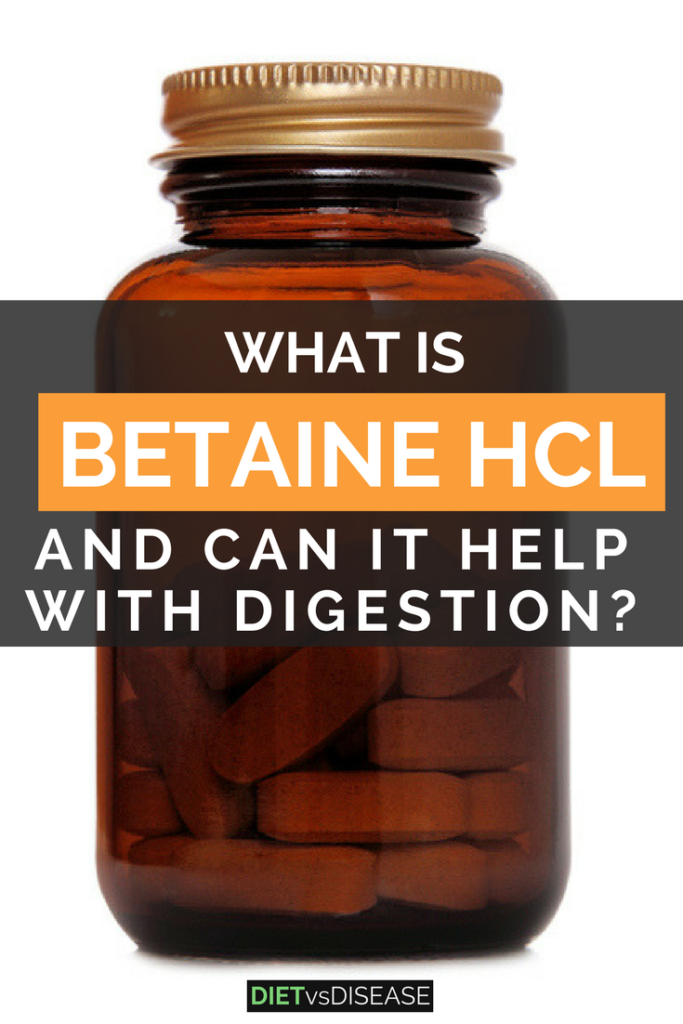