If you’ve had your gallbladder removed, you’ve likely been advised to change your diet.

To do so, it’s helpful to know what the gallbladder does and the role it plays in digestion.

This article will help you better understand the gallbladder and the best diet to follow after its removal.

What Does The Gallbladder Do?

The gallbladder is a small, pear-shaped organ that lives next to the liver.

Its job is to store and concentrate bile, a liquid produced by the liver.

Bile assists with the breakdown of food products, particularly fats. When fat is eaten, the gallbladder contracts to release bile into the small intestine to aid digestion.

The presence of gallstones (cholelithiasis) is one of the most common reasons a person has their gallbladder removed.

More often than not, gallstones don’t cause any problems. In fact, some people may be completely unaware they are even there.

Sometimes, however, a stone can block the passage of bile out of the gallbladder. This is called cholecystitis and leads to pain (usually in the upper right part of the abdomen), inflammation and sometimes an infection.

Summary: The gallbladder stores bile and releases it into the small intestine when food is eaten. Gallstones, which can cause abdominal pain, are a common reason for gallbladder removal.

Cholecystectomy involves the surgical removal of the gallbladder.

Studies have shown that people who eat more fat and protein and less vegetables report these symptoms more often (1, 2).

Issues with stool (poop) is also common because of the extra bile present in the bowel after surgery. For example, diarrhea is likely to be worse after eating a fatty meal. (3).

Summary: After gallbladder removal surgery (cholecystectomy), common symptoms include abdominal pain, bloating and diarrhea. These symptoms may be worse in people who eat a lot of fat and protein and fewer vegetables.

After having gallbladder removal surgery, patients are often advised to minimize the amount of fat in their diet.

This generally means restricting fat to less than 30% of calories. For a daily 2,000-calorie diet, this equates to around 74 grams of fat.

Eating too much fat immediately after surgery can result in pain and diarrhea. This is because the liver must take over from the gallbladder in storing bile.

It’s usually best to start with a very low-fat diet, then slowly increase fat intake as the liver picks up the additional workload.

There is some evidence that people who eat a diet high in animal protein (including meat and dairy), eggs and bread-based breakfast foods and low in vegetables are more likely to experience abdominal pain.

On the other hand, those who eat more vegetables and rice and less animal protein are less likely to suffer symptoms (1).

Similarly, eating a high-fiber diet has been shown to help normalize bowel movements and reduce symptoms. Fiber should also be gradually increased after surgery (3).

Whenever increasing fiber in your diet, you should also increase your water intake. Some studies have shown that drinking lukewarm water after surgery can help get the bowels moving again (4).

Summary: After gallbladder removal surgery, a diet low in fat and high in fiber can help reduce symptoms. Water intake should also be increased. 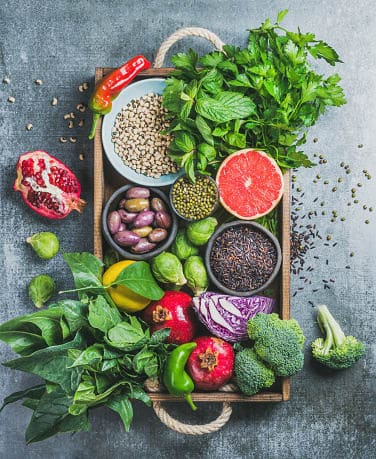 In the long-term, a low-fat, high-fiber diet—similar to the one described above—is the best choice for patients who have had their gallbladders removed.

This type of diet is also likely to be lower in calories, which is better for weight loss and weight maintenance.

This is important because gallstones are more common in patients who are overweight or obese or struggling with metabolic conditions like diabetes and high blood pressure (6, 7).

Studies have also found that gallstones are more common among patients who eat a diet high in refined sugars, fat and fast foods, so these are best avoided (7).

After cholecystectomy, the risk of liver problems, including non-alcoholic fatty liver disease, is increased. Eating a diet high in whole grains, legumes, fish, vegetables and fruit can lower this risk (8, 9).

Summary: Eating plenty of vegetables and less animal protein will lower the risk of symptoms after gallbladder removal. Maintaining a healthy weight is also important, so it’s best to avoid refined sugars and high-fat foods.

What is a Gallbladder Flush?

A gallbladder flush, also called a “gallbladder cleanse” or “liver flush,” can supposedly reduce the number of gallstones in the gallbladder (10).

There are several different versions of a gallbladder flush, but most involve fasting (often for 12 hours) and then ingesting a significant quantity of olive oil and lemon juice.

Sometimes other fruit or vegetable juices are also advised. Some advocates of this practice suggest lying on your right side with your right knee pulled into your chest for 30 minutes after consuming the olive oil and lemon juice.

Presumably, this is designed to direct the flow of liquid towards the gallbladder. However, at no point during digestion does the food or drink ever enter the gallbladder.

The common bile duct (the tube that connects the gallbladder to the small intestine) is protected by a tight sphincter that prevents movement of digestive contents toward the liver.

This type of flush often results in abdominal pain, nausea and diarrhea. Afterwards, some patients have reported passing a number of green or brown pellets, thought to be gallstones.

But there is no scientific evidence that these pellets are actually gallstones. In the small number of cases in which the pellets have been chemically analysed, they were found to be digestive products (mainly the oil consumed in the “flush”), not gallstones (10).

In theory, if this practice worked, there would be a risk of gallstones getting stuck at some point between the gallbladder and the small intestine. This would cause blockage of the passage of bile (cholestasis) and might result in inflammation and infection of the gallbladder or biliary tree (cholecystitis).

However, there have been no reported cases of this happening. This further supports the idea that no gallstones are being ejected anywhere during this process.

Summary: A gallbladder flush involves consuming a significant amount of olive oil and lemon juice within a set time period. Some people claim this causes the gallbladder to eject gallstones, which are then passed in the stool. However, there is no scientific evidence that this reduces the number of gallstones.

Here’s a sample meal plan for a patient who has recently had their gallbladder removed:

Snacks: high-fiber fruit (such as apples or pears) and nuts

Dinner: a modest portion of fish (such as salmon), rice and steamed vegetables

Snacks: high-fiber fruit (such as apples or pears) and nuts

What is the Best Diet After Gallbladder Removal?

Gallstones are one of the most common reasons a person has their gallbladder removed.

A “gallbladder flush” is a technique that supposedly causes gallstones to be ejected from the gallbladder. However, there is no evidence to suggest this actually works. In fact, it would carry some nasty risks if it did.

If you’ve undergone gallbladder removal surgery, it’s best to follow a diet that is low in fat and animal protein and high in fiber (particularly vegetables). Start from a very low fat intake and gradually increase, gauging your tolerance. 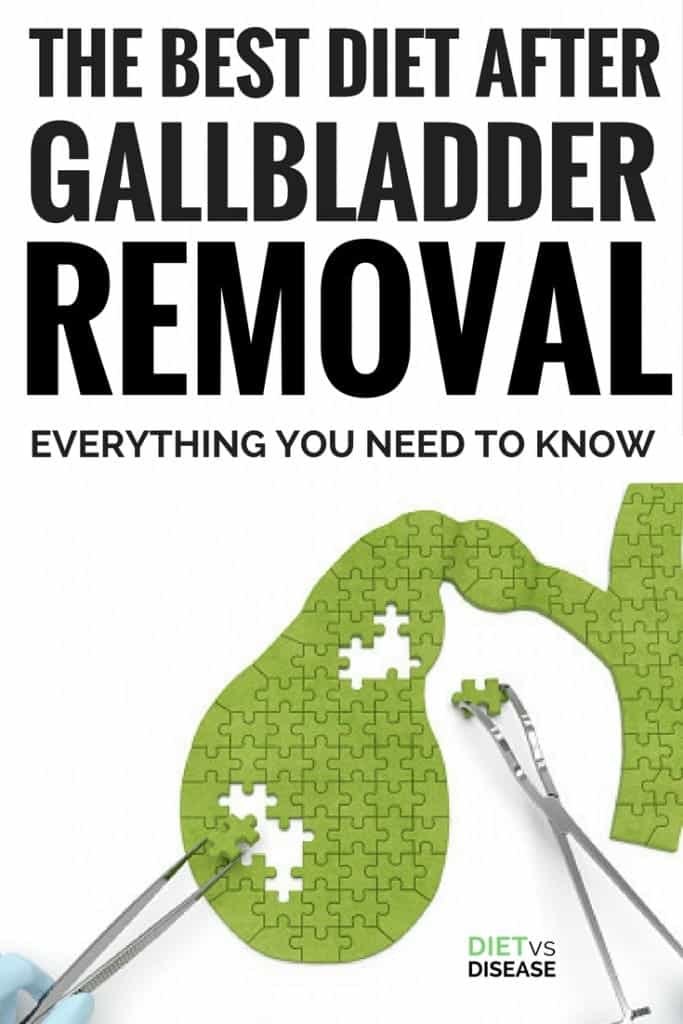